The flu season is almost over. So how bad was it?

At times it seemed more perilous than usual. 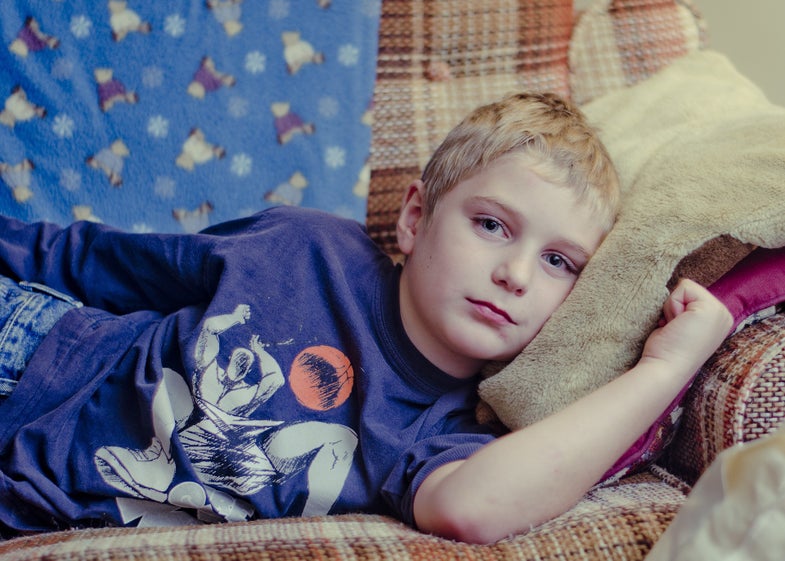 Flu season is still technically not over, but the tail end is the perfect time to look back and ask: how bad was it? Everyone wants the answer to this question when the peak is happening—is it worse than last year? When was the last time it got this bad? How can we be better next year?

These are all important questions, but they’re difficult to answer during flu season. All the data you need lags a couple weeks behind, because doctors have to report flu cases and then someone needs to process and analyze all the information. Often, by the time the Centers for Disease Control has figured it out, everyone else has moved on.

So—now that you’ve likely already forgotten how freaked out you were about the flu just a few weeks ago— here’s a look back at what made this season so bad and what we can do about it in the future:

We heard about it more

Normally the flu virus spreads in patches across the country, hitting certain cities and states at different points over the course of several weeks. This year, we got hit all at once. Dan Jernigan, Director of the CDC’s Flu Division, says this season felt so intense partly because we were simply more aware of it. “The season did happen essentially everywhere at once, so it became a national phenomenon rather than a local one.” Many seasons don’t peak as high as the ’17-18 season, but instead have longer periods of elevated illness levels.

Overall hospitalizations and deaths might not be so different in sum, but peaks feel more dramatic as they occur. Pediatric deaths, one of the metrics the CDC uses to track flu severity, weren’t all that different from 2014-15 (though we’ll get more data in the coming weeks), but this year still seemed more dangerous.

So more people got tested

Jernigan also points out that because flu showed up on the nightly news so much, the nation experienced a phenomenon he calls “the worried ill.” People are genuinely sick, but are more likely to go to a hospital or clinic because they’ve seen so much about this year’s deadly flu. That can inflate hospitalization and influenza-like illness numbers, because more people are coming in who would have otherwise ridden out the flu at home. We also just have more tests available, as they become more advanced and easier to use in doctor’s offices, so more people end up with official flu diagnoses in the first place.

Which is how we know that H3N2 viruses, like this year’s, are especially brutal

Even in the last five years, the quality of our diagnostic tests have improved dramatically. The CDC can look not just at how well animals inoculated with vaccines are able to fight off the circulating virus (that’s the traditional way of testing vaccine effectiveness), but also at the specific genetic changes the surface proteins on the flu are undergoing.

Without those advances, we might not have realized that it’s not just that H3N2 flu viruses tend to be nastier to our immune systems—it’s that our vaccines against them aren’t as good. “When we have to take a circulating influenza virus which is adapted to mammals and put it into an environment that’s good for birds, the virus has to change some just to grow in the eggs,” explains Jernigan. H3N2 viruses change the most in eggs, which is why there’s been a recent push to use non-egg-based vaccines. Some manufacturers make vaccines in animal or insect cells using methods that don’t induce the kinds of viral changes we see in eggs. There’s preliminary data to suggest that these alternative methods improve the efficacy of the vaccine, especially for H3N2 viruses.

But you know all this already. Here’s what you probably don’t know:

All flu viruses mutate to escape our natural defences and vaccines—it’s why we can get infected every year, even if we get the flu shot—but H3N2 has devised a particularly clever way of doing it that we probably wouldn’t know about if it weren’t for our improved diagnostics.

Flu viruses have two key proteins on them, hemagglutinin and neuraminidase. They’re both important, but we’re going to focus on hemagglutinin, or HA. Dan Jernigan thinks of it this way: imagine a flu virus trying to attach to the walls of your respiratory tract as velcro. The HA proteins sticking off of the virus are the prickly part of the velcro, and the hairy part is the surface of your respiratory cells. The HAs have a little pocket on top that allows them to grab onto your cells, inject themselves inside, hijack your body’s DNA replication, and make thousands of copies of their own genomes.

Your immune cells mostly recognize flu viruses based on those HAs. But the H3N2 strain’s HAs have been continually evolving to try to evade the immune system. HAs are becoming more specialized, only grabbing onto very specific proteins on certain respiratory cells, and they’re adding new bits to further confuse immune cells trying to find the flu. Essentially, many of the HAs on H3N2 viral particles now sprout a sort of umbrella of little sugar molecules, obscuring the HA pocket that your immune system would normally latch onto. Now, suddenly, your immune cells can’t recognize the flu as a foreigner.

This is especially bad because that sugar umbrella falls off when we grow the virus in eggs to make vaccines. For some reason it’s no good at surviving in egg cells, so H3N2 loses the protective feature before we get a chance to develop a vaccine capable of recognizing it. Your body can find other proteins by which to identify the flu, but our current vaccines are of limited help.

On the bright side, today’s kids might have great protection against H3N2

Jernigan also noted that part of what determines how we respond to a flu virus is which viruses strike us during early childhood. “Older folks that got exposed to H1N1 in 1930s and ‘40s, when it came back around they were relatively protected,” he says. Since they weren’t exposed to H3N2, which is a relatively recent virus, they’re more susceptible to infection.

But that means kids right now are probably developing immunity to H3N2 strains, since that’s been the dominant strain recently. Jernigan thinks kids under age nine might have the best protection, and should this strain come back around when they’re older, they’ll get less sick than adults do today.

But we still need better vaccines

In the near term, though, the fact remains that we need better vaccines. Non-egg options are crucial, and while we’re working toward a universal vaccine—one that will keep working year after year—Jernigan says we need to look at increasing efficacy in creative ways. More antigens, adjuvants to help boost immune response to a vaccine, and fine-tuning the viruses inside to make them look more like the circulating types are all important options to consider for the upcoming seasons.

This flu season felt particularly nasty—and in many ways, it was—but we have to remember that people die from the flu every single year. We have to push for improvements all the time, not just the years we think of the flu as a serious problem. Influenza is a worthy opponent. “This virus has been with us for a very long time,” says Jernigan. “The bar is very high, but I’m optimistic that we’ll find solutions.”