Why no one knows if you can catch COVID-19 twice

More evidence is needed to determine whether people who recover from the novel coronavirus are vulnerable to reinfection. 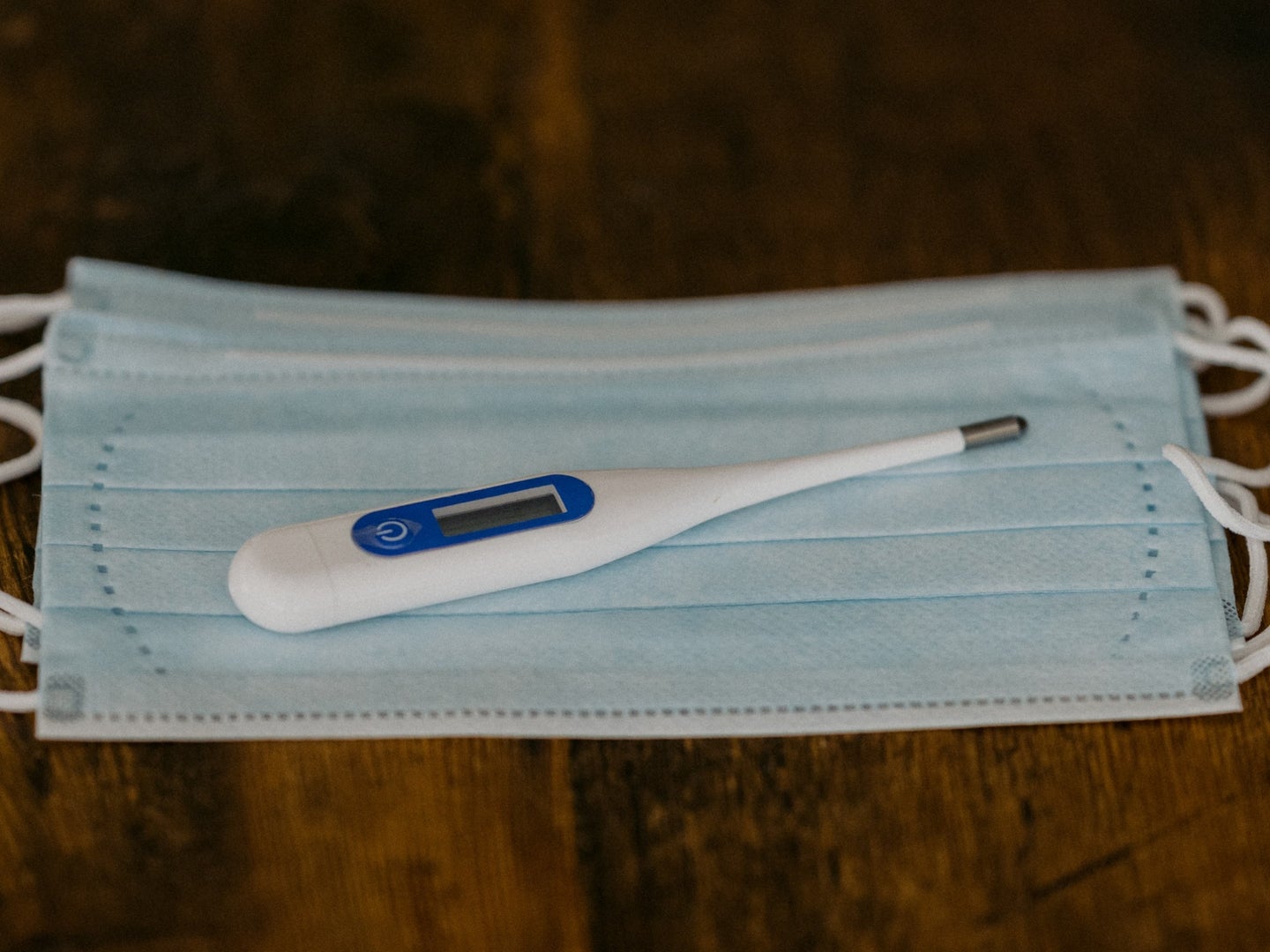 There have been a handful of cases in the past couple months, described by physicians, where people have fully recovered from COVID-19 only to feel ill and then test positive again for the novel coronavirus. Unsplash
SHARE

Earlier this week, Washington, DC-based physician D. Clay Ackerly described a worrying experience with a patient of his who tested positive for the coronavirus that causes COVID-19 three months after catching the disease in Vox. After dealing with a mild cough and sore throat during his initial infection, the patient was now experiencing more severe symptoms, including a high fever, shortness of breath, and dangerously low oxygen levels.

“Despite scientific hopes for either antibody-mediated or cellular immunity, the severity of my patient’s second bout with COVID-19 suggests that such responses may not be as robust as we hope,” Ackerly wrote, adding, “If my patient is not, in fact, an exception but instead proves the rule, then many people could catch COVID-19 more than once, and with unpredictable severity.”

There have also been a handful of other cases in the past couple months, described by physicians, where people have fully recovered from COVID-19 only to feel ill and then test positive again for the novel coronavirus—officially known as SARS-CoV-2—months later, Ackerly notes.

But how much evidence is there that you can catch COVID-19 twice? In one recent experiment done on monkeys, macaques that previously tested positive for SARS-CoV-2 did not fall ill when exposed to the virus for a second time and had “near-complete protection” from reinfection. Still, more research is needed before physicians and other health officials can make any extrapolations to humans. It’s simply too early, experts say, for us to know whether reinfection is possible or how much of a danger it could pose. Here are a few issues they are considering.

So far, reports of people becoming reinfected with COVID-19 are anecdotal and haven’t been confirmed, says Luis Ostrosky, a professor of infectious diseases at McGovern Medical School at the University of Texas Health Science Center at Houston. Diagnostic tests for COVID-19 check for the presence of RNA from SARS-CoV-2. People can “shed” this genetic material for a long period of time even if they are no longer infectious.

This means true reinfections, if they happen, won’t be easy to spot, according to a team of researchers at the La Jolla Institute for Immunology in California who have been studying the body’s immune response to COVID-19. “It is difficult to say how many clear cases of reinfection have occurred, but, at this point, they appear to be few in number,” several of the researchers—Alba Grifoni, Sydney Ramirez, Shane Crotty, and Alessandro Sette—wrote in an email to Popular Science.

In April, authorities became concerned about the possibility of reinfection after a group of recovered COVID-19 patients in South Korea began testing positive again. However, researchers eventually concluded that the tests were probably detecting lingering bits of RNA. These survivors appear not to have transmitted the disease to others, suggesting that they didn’t have an active COVID-19 infection the second time around.

Some of Ostrosky’s patients have tested positive for the virus as long as three months after catching it. “It’s just kind of residual genetic material that we’re happening to find,” he says. In cases where people recover from COVID-19, only to later feel ill again and test positive for the virus, Ostrosky says, it’s not yet clear whether the explanation for their symptoms is a relapse of COVID-19, a second COVID-19 infection, or a completely different illness.

If it is possible to catch COVID-19 shortly after recovering, it’s unclear how common an occurrence this would be. However, the fact that the world has seen more than 13 million known cases of COVID-19 since late 2019 and there aren’t yet any confirmed, clearly documented cases of reinfection in peer-reviewed medical journals may be telling, Ostrosky says. “This would lead us to the conclusion that this would be a rare event if it happens at all.”

Generally speaking, it’s unusual for a virus to infect people again after a brief period of time, both Ostrosky and the La Jolla Institute researchers agree.

A number of viral diseases—including measles, mumps, and chickenpox—typically lead to lifelong immunity. But in other cases, the immune response our bodies mount to a virus isn’t strong enough to ward against reinfection; respiratory syncytial virus is one such pathogen.

Some viruses, like the ones that cause the seasonal flu, also mutate so quickly that you might recover from one strain only to encounter another that is different enough that your body’s immune system doesn’t recognize it. So far, the coronavirus that causes COVID-19 doesn’t appear to be mutating especially rapidly or in ways that would hinder vaccine development.

“One way to make guesses about immunity to SARS-CoV-2 is to compare it to related viruses,” said Grifoni and her colleagues. Little is known, though, about whether people can be sickened twice by the coronaviruses that cause SARS and Middle East Respiratory Syndrome (MERS). One well-known study from the 1990s demonstrated that people could be reinfected by one of the coronaviruses that cause common colds after a year, but none of the participants developed cold symptoms.

It’s possible that when people recover from COVID-19, their immune response won’t prevent reinfection but can protect them from becoming noticeably sick. “But, depending on the levels of the virus present, they may be able to transmit it to other people without themselves feeling sick,” noted Ramirez and her team.

During their research, they have also observed that immune cells from blood samples collected years before the pandemic reacted to proteins from SARS-CoV-2. One explanation is that the people who donated those blood samples had been exposed to common cold coronaviruses. “You may be accumulating antibodies against previous coronavirus infections and those may offer a certain degree of protection,” says Ostrosky, who was not involved with the research.

A few diseases—most notoriously dengue fever—can make people more severely ill when they catch them a second time. But there are also cases where people who vanquish one virus retain some protection against its relatives; this could explain why the swine flu pandemic of 2009 hit young people, who hadn’t had time to encounter similar strains, particularly hard.

Research on antibodies and T cells

People who recover from SARS—which is caused by the virus most closely related to SARS-CoV-2—tend to lose their antibodies within a few years. Two recent reports have indicated that antibodies to SARS-CoV-2 may wane within two to three months, particularly in those who had milder cases of COVID-19.

It’s actually common for antibody levels to drop over a period of six months or so after a viral infection or immunization, the La Jolla Institute researchers said. For COVID-19, though, it’s still too soon to tell how sharply antibodies will decline over time and what impact that will have. Scientists may learn that low levels of antibodies can still prevent people from becoming reinfected, or that a different arm of the immune system could offer protection. This could mean that even if you no longer have antibodies to SARS-CoV-2, your immune system could potentially still effectively fight the virus off.

Grifoni, Ramirez, and their colleagues have previously found that in addition to antibodies, people who have recovered from COVID-19 produce immune cells called T cells that recognize the virus, even in cases where people are gravely ill. T cells play an important role in fighting disease; the researchers observed both “helper” T cells, which assist the immune system in responding to a pathogen, and “killer” T cells that destroy infected cells.

However, as with antibodies, further studies are needed to pin down how long-lasting and useful the T cells produced in response to COVID-19 will be. In the case of the SARS virus, the researchers said, T cells that recognize the pathogen have been observed over a range of one to 17 years after infection. With COVID-19, it appears that T cells stick around for at least two to three months. They may even help the immune system react swiftly and pump out more antibodies if it’s faced with SARS-CoV-2 a second time.

But again, it’s too early to determine what these findings all add up to. “We’ve only been dealing with this virus for seven months, so we’re just getting to know it,” Ostrosky says. We just don’t have enough evidence to know yet if or when COVID-19 can strike the same person twice and what that would mean for our chances of developing an effective, long lasting vaccine.

For now, though, there are two things we can do to deal with all the uncertainty.

“One is to follow the ‘Hitchhiker’s Guide to the Galaxy’ mantra, which is don’t panic,” Ostrosky says. “We need to get more information to see whether this really happens or not and if it’s a common or rare event.” Further, researchers still need to better understand whether an individual who has some immunity can still spread it to others. So if you have recovered from COVID-19, you should still be social distancing and wearing a face mask when you plan to come into contact with other people.