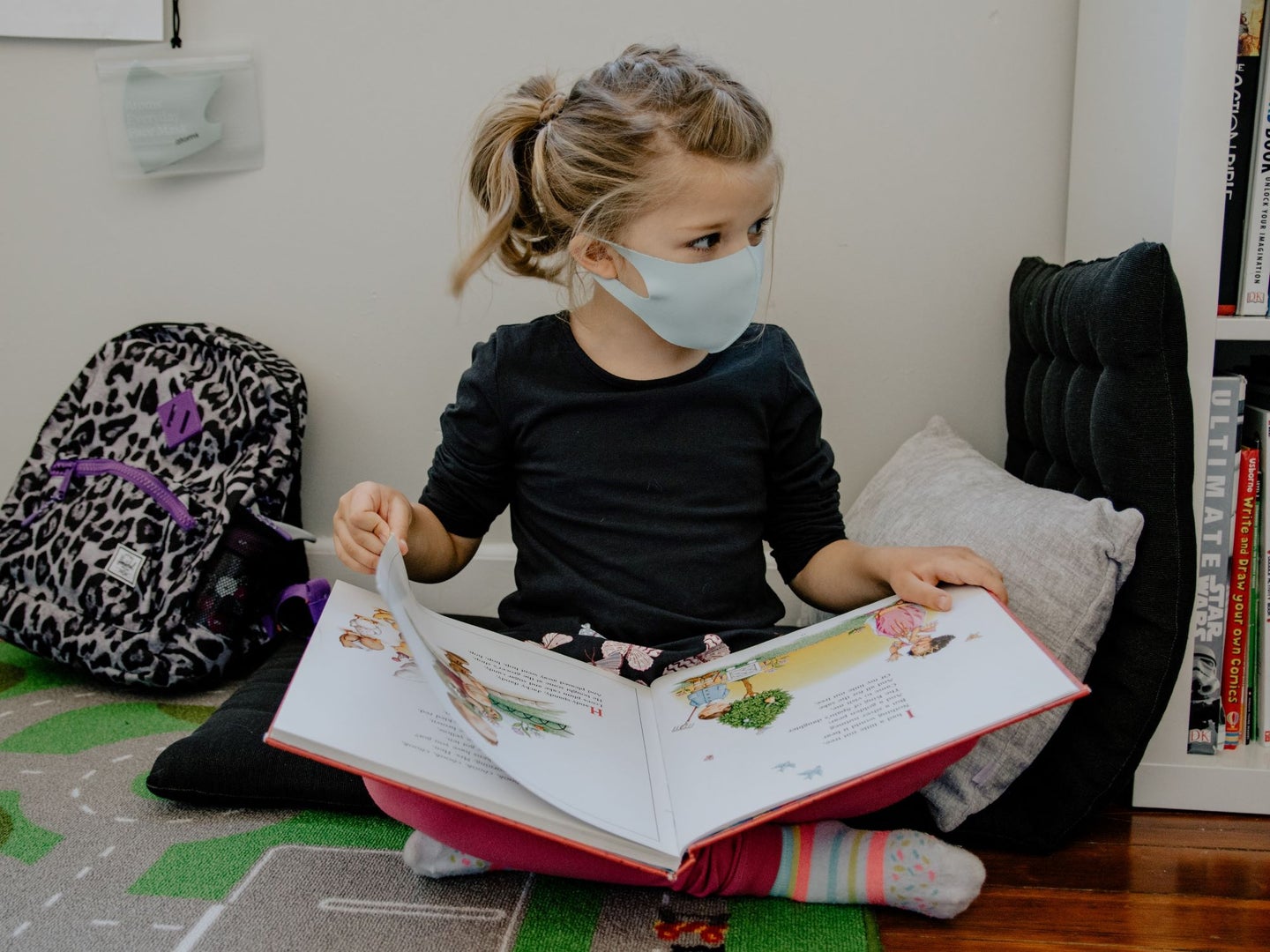 Children have a lower immune response to the coronavirus. Kelly Sikkema
SHARE

It’s been a big week for coronavirus news. The US saw record-breaking numbers of COVID-19 infections, with single-day numbers crossing 100,000 several times over the course of the week. Pfizer announced this morning that their coronavirus vaccine is 90 percent effective based on initial trial results, though importantly the trial data is not yet peer-reviewed and the vaccine, even if approved, is not likely to be publicly available this year. President-Elect Joe Biden also announced the members of a COVID-19 response team consisting of public health experts that will be ready to take action on January 20 when he’s sworn in.

Though there’s been positive news, we aren’t out of the woods when it comes to the pandemic (in fact, we’re not even on our way out yet). The US is about to hit 10 million cases, and rates of infection continue to climb. It’s as important as ever that you follow public health guidelines by wearing a mask, social distancing, and staying home when you can.

A nasal spray intended to stop the transmission of SARS-CoV-2 showed promising results in preventing the spread of the virus between ferrets in a study published last week. If these results can be verified and replicated in humans, the spray could potentially be used similarly to a vaccine to fight the pandemic. But that’s a big “if.”

The spray contains lipopeptides, which contain cholesterol particles attached to amino acid chains, that bind to the “spike” proteins on coronavirus particles before they can latch onto airway or lung cells. This effectively stops the virus from spreading through the body, preventing full-blown infection.

To test the nasal spray, researchers used ferrets, which were chosen because they can catch viruses through their noses like humans. Into each of three cages went five ferrets: two of whom had received the nasal spray, two that received a placebo spray, and one who had been infected with COVID-19. In each cage, the ferrets who received the placebo contracted the virus, and the ferrets who received the treatment did not contract the virus. It’s worth noting that this is a very small sample size, as only six ferrets received the treatment.

The results of the study have not yet been peer-reviewed, and the spray has not been tested on humans, but the researchers are nevertheless excited about the potential application of this treatment to fighting the coronavirus pandemic. The lipoprotein can be stored as a dry powder that doctors can mix with sugar and water to make the nasal spray, making it ideal for areas with less medical infrastructure or in rural areas that lack refrigeration. But going from animal studies to a human drug will take a long time.

CDC officials knew in early February that a coronavirus testing kit had a 33 percent rate of failure, but chose to release it anyway, according to a new investigation from NPR. Normally, a test with such a high rate of failure should have been rejected.

But the testing kits were sent out to labs across the country. They contained four small vials of chemicals which, when used together, were meant to confirm the presence of the virus. Reports quickly started coming in from researchers alleging that two of the chemicals repeatedly produced inconclusive results.

An internal review by the CDC, obtained by NPR, said that the tests were released by order of Stephen Lindstrom, an esteemed scientist at the Respiratory Viruses Diagnostic Laboratory. Early on, researchers and officials alike suspected that contamination issues could be behind the high failure rate. But it now seems that it was really because of lapses in documentation throughout the testing process. The first round of quality control tests appear to have used an incorrect testing protocol, and when the final round of tests under the correct protocol showed a 33 percent failure rate, nothing was done. In any other case, such a failure rate would have resulted in a recall of the tests, and yet CDC officials didn’t do so.

A study published this week in Nature showed that children produce weaker antibodies for the coronavirus—but that’s not necessarily a bad thing. In fact, it suggests that children get over the virus more quickly than adults.

Antibodies help to fend off future reinfections of viruses, but that doesn’t mean that higher antibody levels correlate with a “better” immune system response. High levels of antibodies mean that the person’s immune system mounted an intense effort to get rid of the virus, which is what usually happens in adults infected with the coronavirus. This overly robust immune response is thought to be the reason many people die from COVID-19. Lower antibody levels in children point to a lower immune response, which paradoxically indicates that children fought off the virus quickly, often without ever developing symptoms.

The results of the study help to explain why there are relatively low rates of transmission of the coronavirus between children. Since children mount a lower immune response and fight off the virus quickly, they may be infectious for shorter periods of time and have lower levels of the virus in their bodies overall.

The Prime Minister of Denmark announced on Wednesday that the Danish government will slaughter the country’s entire mink population amid concerns that the coronavirus could mutate in the mink and be transmitted back to humans.

Mink experience symptoms of respiratory distress from SARS-CoV-2, similar to humans, and die quickly after being infected with the virus. Last month, outbreaks of coronavirus among mink in Utah resulted in the closure of fur farms across the state. Now, in Denmark, one of the world’s major fur exporters, over 15 million mink at 1,000 farms are now scheduled for slaughter.

The government of Denmark cited the possibility of a mutation in the virus found in the animals transmitting to humans, thus interfering with the efficacy of a future vaccine, as the reason for killing the mink. Scientists say there is currently no reason to panic over the mutation—viruses mutate constantly, and that alone is not a cause for concern. The World Health Organization is in contact with Danish researchers as they look into the mutation.