Everything you need to know about COVID booster shots

Whether boosters will be needed for the general population isn’t yet known. 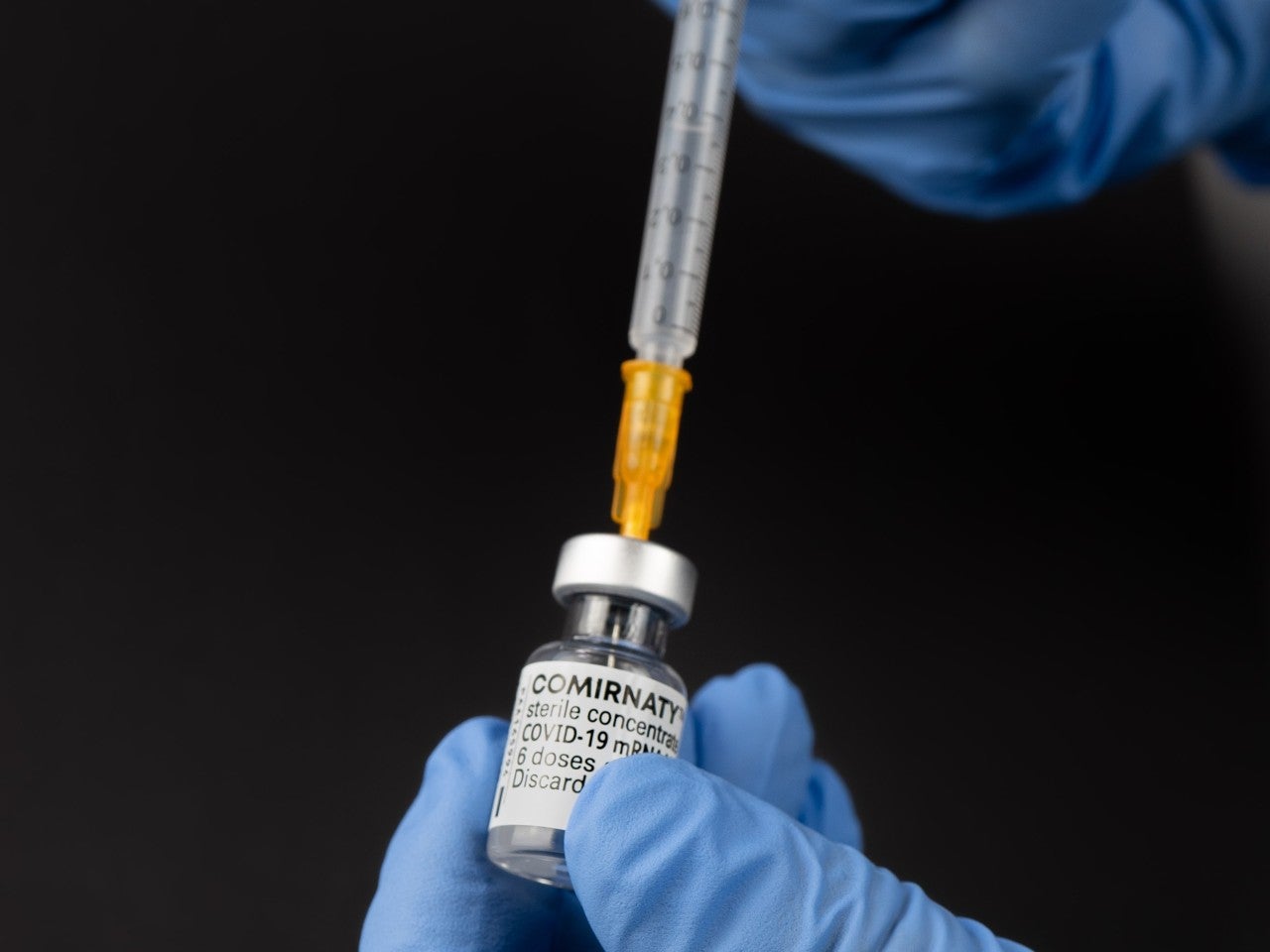 Researchers are continuing to investigate how the vaccines perform over time and what criteria should be considered for when COVID-19 boosters will be needed. Mika Baumeister via Unsplash
SHARE

This post has been updated. It was originally published on September 24, 2021.

Last week, advisers to the Centers for Disease Control and Prevention recommended booster shots of Pfizer-BioNTech’s COVID-19 vaccine for people 65 and older, those who live in long-term care facilities, or individuals who have certain conditions that put them at heightened risk from COVID-19.

The move comes after an announcement on Wednesday by the Food and Drug Administration authorizing a third shot of the vaccine for adults who are over 65, vulnerable to becoming seriously ill with COVID-19, or whose occupations may frequently expose them to the novel coronavirus. For now, this recommendation applies to people who received their second dose of Pfizer’s shot at least six months earlier. For those who received the Moderna vaccine, researchers are still sorting through the data and no recommendation or official advice has been made yet.

Despite the FDA giving the greenlight for those whose workplaces puts them at risk of heightened exposure (which would include healthcare workers), the CDC advisory panel recommended against booster shots for this population, citing that there is not enough evidence to suggest a booster would provide any additional benefit to preventing severe COVID-19 and death. The CDC doesn’t have to follow through with these recommendations, but it usually does. In an uncharacteristic move, the CDC decided to go ahead with recommending booster shots for those in workplace settings with heightened exposure.

Additionally, neither agency recommended booster shots for the general public. However, it is possible this will change in the future. Researchers are continuing to investigate how the vaccines perform over time and what criteria should be considered for when COVID-19 boosters will be needed. Here are some of the most important questions they’ll be keeping an eye on.

How long are the vaccines effective for?

“It’s a complicated question, in part because we don’t have [enough] long term data yet to really understand the durability of the immune response,” says Edward Jones-Lopez, an infectious disease specialist at Keck Medicine of USC.

Data from Israel have suggested that immunity from the vaccine begins to wane over time, and that elderly people who received a booster dose were much less likely to become infected or become severely ill than those who didn’t.

Additionally, an analysis from the vaccine’s manufacturer suggests that breakthrough COVID-19 cases in July and August were higher among people who’d received their vaccines earlier than those who’d been immunized more recently. This suggests, the FDA said, that there may be “a modest decrease in the efficacy of the vaccine among those vaccinated earlier.”

By contrast, recent studies indicate that Moderna’s vaccine generates higher levels of antibodies than Pfizer’s vaccine and seems to have the edge with respect to protection against illness.

But there are a couple things to keep in mind. “We’re going to need a lot more hard evidence to really arrive at a definitive conclusion that one vaccine is more durable than the other,” Jones-Lopez says.

What’s more, the observation that antibody levels have diminished over time “is no surprise at all,” says Sten Vermund, the dean of Yale School of Public Health. When a fully vaccinated person encounters SARS-CoV-2, the virus might not be vanquished immediately. However, the immune system has been primed to respond “very vigorously,” Vermund says. White blood cells called memory T cells will recognize the virus and prompt the body to produce more antibodies, controlling the infection before it can gain a foothold.

[Related: CDC panel gives a thumbs-up to Pfizer boosters, but not for everyone]

One example of this principle, Vermund says, is the measles vaccine. People who have been immunized against measles do show diminishing antibody levels over time. Decades later, however, he says, “They’re still protected against measles.”

Whether this holds true for the novel coronavirus remains to be seen. And it’s possible that one mRNA vaccine might indeed be slightly more effective than the other, Jones-Lopez acknowledges. Overall, however, both continue to perform extremely well.

“The data that has emerged has shown that [the vaccines] do protect against infection but they’re not perfect,” Jones-Lopez says, adding that the highly contagious delta variant of the virus seems somewhat more likely than previous versions to cause these breakthrough infections. “But even in those infections that occur with the delta variant, the enormous majority of those do not lead to bad outcomes.”

In authorizing the vaccine for elderly and other vulnerable groups, Vermund says, the FDA is erring on the side of caution. “They’re acknowledging that the evidence that boosters are needed in less vulnerable people is extremely weak, and they would prefer to have a much longer term data evidence base to judge whether the rest of us will need boosters,” he says.

What if I got the Moderna vaccine?

Again, all of this news is only in reference to the Pfizer vaccine. Right now, no recommendations have been made about booster shots for the Moderna vaccine. However, it’s likely those recommendations could be coming soon, over the coming weeks or months. Moderna has finished submitting its data to the FDA to gain full approval for its vaccine. The company has also asked the FDA to authorize a booster shot for its vaccine, but at half the dose of the original shots. The FDA is reviewing the data now.

If I got the J&J vaccine, do I need a booster shot?

Earlier this year, Johnson & Johnson’s single-dose vaccine was reported to show 66 percent efficacy against moderate to severe COVID-19. However, this week the company reported that a second dose of the vaccine raised this protection to 94 percent in the United States and 75 percent worldwide (possibly because fewer variants of the virus were spreading in the U.S. during the trials). And against severe COVID-19, the booster’s efficacy was 100 percent.

There’s a decent chance that booster shots will become available for recipients of the J&J vaccine in the next several months, Vermund predicts.

[Related: What we know so far about J&J booster shots]

Should I get a different kind of vaccine for my booster than the first series?

This is not currently recommended. Right now, additional shots are only authorized for those with compromised immune systems and, in the case of the Pfizer vaccine only, for certain groups of at-risk people.

However, it is possible that mixing different kinds of COVID-19 vaccines could lead to a more powerful immune response. Some vaccines may be more effective at rousing certain parts of the immune system than others. There’s preliminary evidence that a dose each of Pfizer’s shot and the vaccine developed by the University of Oxford and AstraZeneca (which, like the one from Johnson & Johnson, is known as a viral vector vaccine) leads to a stronger immune response than two doses of the AstraZeneca vaccine.

Researchers are examining different combinations of numerous vaccines approved in the United States and abroad. Whether fully vaccinated people will benefit from a booster made by a different manufacturer still remains to be seen, though. “We will have compelling immunologic data from a variety of these studies in the next weeks and months,” Vermund says.

If I had COVID-19, and got vaccinated, do I still need a booster shot?

For those who had COVID-19, the CDC still recommends that this group get vaccinated.

Are boosters inevitable for everyone?

Over time, more data will become available about how antibody levels and protection against COVID-19 differ in people who opt not to get boosters compared with their boosted peers. This information may guide decisions about how often boosters will be needed for vulnerable groups or the general public in the future, Vermund says.

The good news, though, is that the variants of SARS-CoV-2 that have emerged so far do seem to be vulnerable to the approved vaccines, Vermund says.

The COVID-19 vaccines are designed to generate an immune response to the spike-shaped protein on the surface of the virus. “All of these variants have the architecture of their spike protein preserved enough so that the vaccine-induced immune response is protective,” Vermund says. “So far I’m cautiously optimistic that we’re not going to need a huge cocktail of vaccines.”

If boosters are needed in the future, Jones-Lopez says, they probably won’t be tailored to fleeting variants. More likely is that improved versions of the vaccine would be designed to target multiple sites on the virus that don’t change much, he says.

Right now, though, a more pressing priority is reaching people who haven’t yet been vaccinated.

“The best, and I would say only, way to stop this virus and allow us to go back to a normal life is to vaccinated as many people as possible, yes, in the U.S., but also throughout the world,” Jones-Lopez says. “This is really a group effort.”