Even at half capacity, the Super Bowl could cause COVID-19 outbreaks

The safest way to celebrate is still at home. 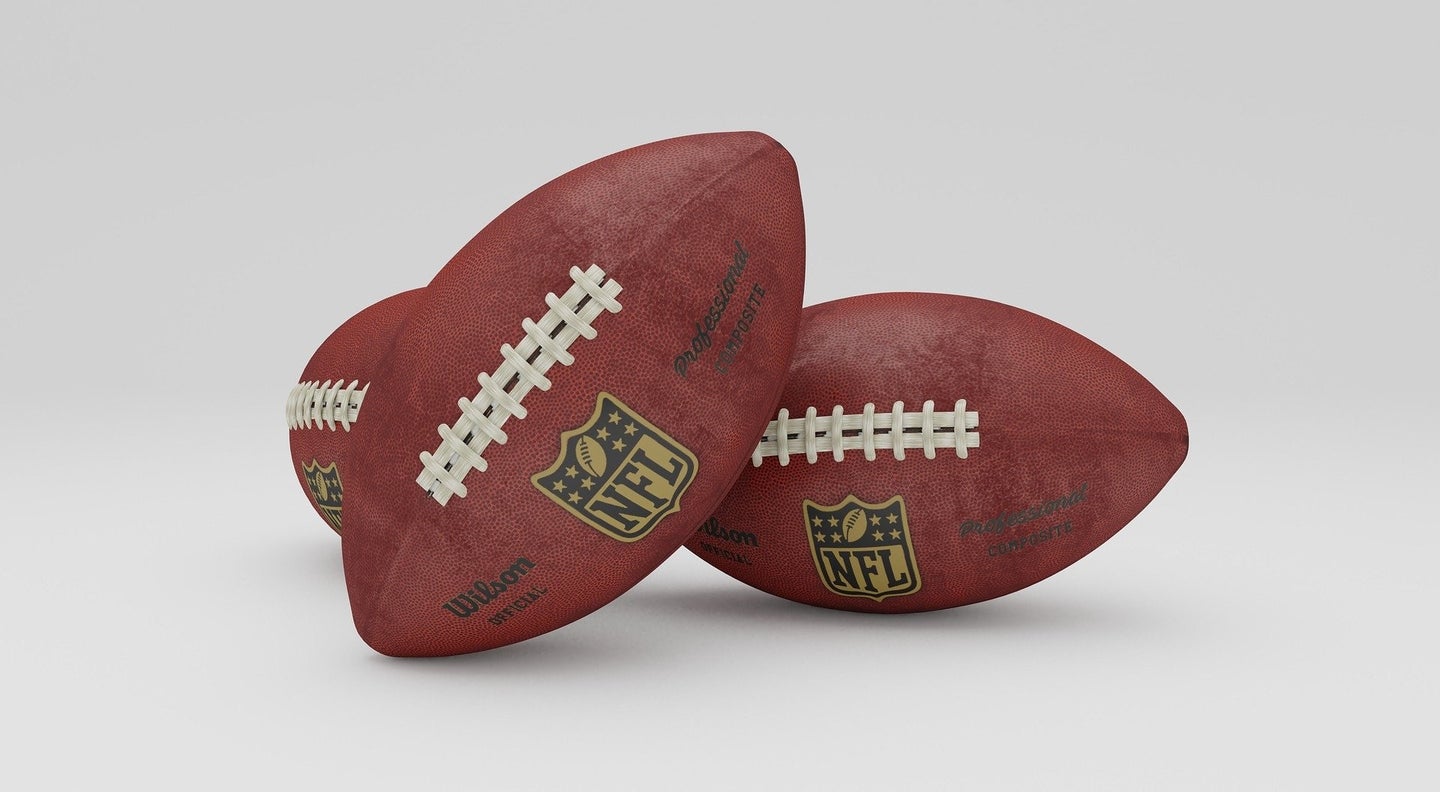 Any gathering that brings thousands of people together has the potential to become a superspreading event. Pixabay
SHARE

Like just about everything else, the Super Bowl is going to look pretty different from usual this year. The game will take place on February 7 at the Raymond James Stadium in Tampa, Florida between the Kansas City Chiefs and the Tampa Bay Buccaneers. However, the event will be toned down in light of the pandemic, with less than half the typical number of people in attendance.

The NFL has said that it has worked with state and local officials and the Centers for Disease Control and Prevention to come up with protocols that will minimize the spread of COVID-19, including physical distancing between fans, required face coverings, and hygiene stations throughout. These precautions are important, but any gathering that brings thousands of people together has the potential to become a superspreading event.

“It’s unwise to bring disparate people together in a congregate setting during the time of the pandemic, and the Super Bowl is no exception to that,” says John Swartzberg, an infectious disease specialist at the University of California, Berkeley.

This past week has seen an average of roughly 130,000 new cases per day. That’s a decrease of 30 percent from the average of two weeks earlier. However, it’s still more than three times higher than the seven-day average seen at the beginning of September.

“This is coming at a very awkward time in terms of the virus,” says Isaac Weisfuse, a medical epidemiologist at Cornell University. “We’re also staring down this issue of these variants which are more transmissible, and so bringing a lot of people from all over the country together for an event like this has some risk.”

Here’s a look at some of the measures being taken at the game—and, just as importantly, what to keep in mind if you’re watching at home.

While the reduction in numbers is a big improvement over a packed venue, Swartzberg says, “It’s still an awful lot of people to bring into a stadium.” Ideally, he says, the NFL would not have hosted fans at the Super Bowl, similarly to how the NBA finished its season last year without allowing fans to attend.

“The good thing is that it’s outdoors, which certainly lessens the risk of transmission,” Weisfuse says. About 2,700 fans will sit in luxury suites, though, which are indoors; good ventilation will be key in these boxes, he says.

In addition to limiting attendance, the NFL has several measures in place to keep people from crowding together. Physical distancing markers will be placed at six-foot intervals around the stadium. Staircases, elevators, and escalators will be labeled to keep everybody moving in the same direction. The first few rows of seats closest to the field will be blocked off to keep watchers distanced from the players, and additional seats throughout the stadium will be blocked off to keep people physically distanced.

Ensuring people stick to these guidelines, though, will be difficult, Swartzberg says. “I’ve watched college football games where you’ve had 6,000 people at a stadium that will hold 100,000 people and they congregate together; they don’t sit apart very much,” he says.

Likewise, physical distancing will be vital in other places where people tend to pack together, such as exits, restrooms, and concession stands, Weisfuse notes.

Face coverings will be mandatory for everybody in the stadium, and attendees will be given kits that contain KN95 masks and hand sanitizer. Providing masks is a great idea, Swartzberg says—but again, the masks only work as long as everyone actually wears them properly.

For the sake of hand hygiene, the entire event will be cash-free and hand sanitizer will be stationed throughout the stadium. Since qualifying for the Super Bowl, the Buccaneers and Chiefs players and coaches have been tested for COVID-19 twice daily. And rather than coming to Tampa a week in advance, the Chiefs will arrive on Saturday, with interviews taking place virtually.

“It sounds like the NFL has done all the right things to try to prevent transmission occurring; the only thing that they’ve done that is not the right thing is they’re bringing 25,000 people into the stadium,” Swartzberg says. “In spite of all the other things the NFL is doing, the message it sends to the general public is [that] it’s okay to get together in congregate settings, and that’s absolutely the wrong message at a time when we are in a very precarious position with this virus.”

On the other hand, if everybody follows all the precautions that have been planned, the Super Bowl could present an opportunity, says Cameron Wolfe, an infectious disease specialist at the Duke University School of Medicine who is on the COVID-19 medical advisory groups for the ACC (Atlantic Coast Conference) and NCAA (National Collegiate Athletic Association). “If you want to have a demonstration of how we can start to reopen places and start to reengage in community, here’s a good chance to show how it’s done well,” he says.

Still, Wolfe acknowledges, there’s a fine balance that must be struck. “Athletics can be a [source of] peace of mind or an anchoring, calming effect amongst the disappointment and tragedy of the last 12 months, but it should never be seen as a call for everyone to go back to normality,” he says.

Celebrating in safety at home

An additional source of risk is the celebrations that may break out across Tampa and Kansas City.

“My concern is an influx of people going to bars and restaurants and tailgating in areas near the stadium and all of those things,” Jill Roberts, an assistant professor at the University of South Florida in the College of Public Health in Tampa, told USA Today. “Super Bowl parties are going to be as big of a problem as gatherings at Thanksgiving and Christmas were, and we do know for sure those gatherings did influence the increase in cases that we’re seeing right now.”

Preparing in advance for spillover revelry would have significant public health impacts, Wolfe says. “[One] pretty jarring visual to me was seeing Alabama have a phenomenal game in the FBS final and then thousands of people congregating in the street without masks in the town after they had won,” he says. “That should have been a predictable and avoidable scenario.”

If you’re watching from home, it’s equally important not to relax your COVID-19 precautions. “I think the real danger of the Super Bowl is not what’s going to happen at the game,” Swartzberg says. “I’m really worried about all these parties that are going to take place around the country.”

Unfortunately, this just isn’t a good year for a Super Bowl party with extended family and friends, experts agree.

“Enjoy the game with people in your household [and] connect with people over Zoom or over the telephone while you’re watching,” Weisfuse says. “But it’s not the year to get a whole bunch of people over to drink, have food, and comment on every play together.”

The CDC has issued its own guidance for Super Bowl Sunday. If you do attend the Super Bowl or a party, it recommends arriving early to avoid crowding, using touchless payment methods, minimizing the time you spend in bars and concessions areas, and avoiding chanting or cheering in favor of stomping and clapping. However, both the agency and Anthony Fauci, the director of the National Institute of Allergy and Infectious Diseases, have emphasized that it’s much safer to stay at home.

“You don’t want parties with people that you haven’t had much contact with,” Fauci told NBC’s “Today” show on Wednesday. “You just don’t know if they’re infected, so, as difficult as that is, at least this time around, just lay low and cool it.”

Although mass vaccination is on the horizon, it will take months to immunize the general public against COVID-19. Additionally, the United States hasn’t tested enough people to have a good sense of how widely the more contagious variants of the virus are circulating. So it’s important for fans not to let down their guard as the Super Bowl approaches.

“We’re at kind of a precarious moment; we haven’t had enough people vaccinated to really make a big difference in transmission of the virus, and we do have these new more transmissible variants that have made some inroads into the United States,” Weisfuse says. “This is a time to really be careful in the hope that everybody will get a vaccine in the next couple of months and so be much safer after that.”

Until then, events like the Super Bowl can be a much-needed source of solace, however differently we’re celebrating them.

“[It’s] not that the benefit, psychologically, of being able to sit down and feel just a little bit normal for a night as you cheer on your team isn’t huge, and shouldn’t be something that we try to aspire to,” Wolfe says. “I think it is; it just needs to be done in a way that is mindful that we’re in a unique situation.”