Getting the vaccine to every country won’t be easy, but it can be done. 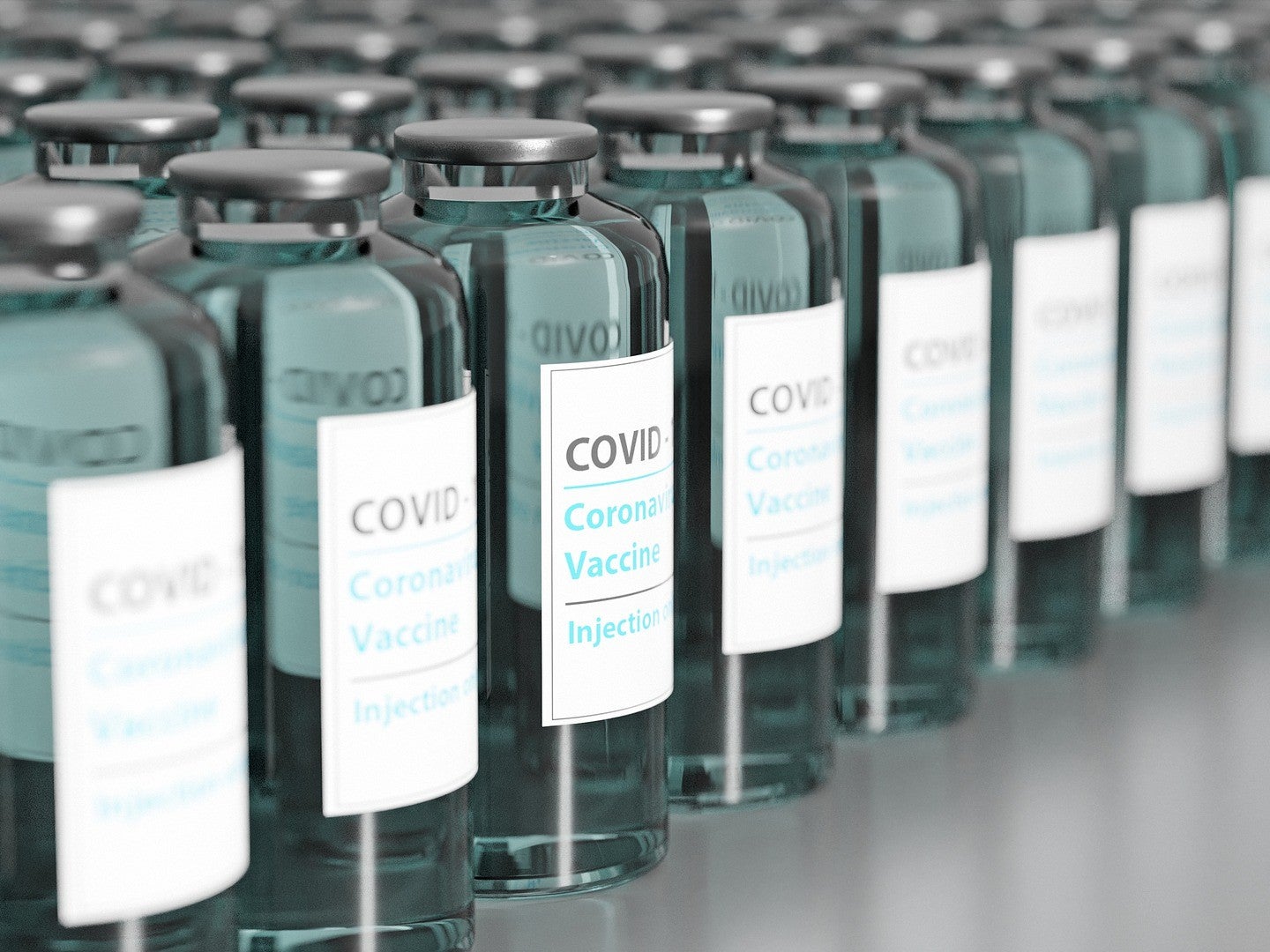 SARS-CoV-2, the virus that causes COVID-19, still has a huge reservoir of unvaccinated or partially-vaccinated people to infect. Pixabay
SHARE

As COVID-19 vaccinations become more accessible in wealthy countries, most developing nations are still waiting for their first doses to arrive. Slow rates of global vaccinations could give the virus more time to mutate, experts say, and compound the economic and social crises already caused by the pandemic.

A number of issues prevent people around the world from getting vaccinated but two stand out: Only a small number of companies know how to manufacture the vaccines that have been approved for use (or will be soon) and only some parts of the world have the technology to produce vaccines of this kind. However, both of these issues could be overcome, and the U.S. could play a lead role.

“As of last week, only 55 people were vaccinated in low-income countries,” says Niko Lusiani, a Washington-based economic policy and corporate accountability lobbyist at Peoples Vaccine Alliance, an international coalition of organizations campaigning for the production of a freely-available COVID-19 vaccine for all. (Members include Oxfam, UNAIDS and Amnesty International.) Those lone 55 individuals are a very tiny fraction of the 2.5 billion people that make up the total population of all low-income countries. Those poorer nations have no access to any COVID-19 vaccine at this point, Lusiani says. And in middle- and high-income countries, slow vaccine production timelines and shaky rollouts mean that vaccination is proceeding slowly in every corner of the world.

Meanwhile, SARS-CoV-2, the virus that causes COVID-19, still has a huge reservoir of unvaccinated or partially-vaccinated people to infect. The longer the virus has to circulate around the world’s population, the more chances it has to mutate and potentially defeat our vaccines.

“Scaling manufacturing of the vaccine is the most important challenge of our time,” says Thiru Balasubramaniam, a Geneva-based public health specialist at Knowledge Ecology International (KEI), an NGO. “Especially the first half of this year,” he says.

Since more vaccines have entered late-stage trials and gotten approved, developed countries have become more protective of the doses. For example, the United States has bought up the lion’s share of the Pfizer and Moderna vaccines and the European Union has recently placed new export tariffs on vaccines.

Even if we manage to get everyone vaccinated, Lusiani says, the delayed start and continually problematic rollout will likely result in huge economic and social impacts. A recent report by the International Chamber of Commerce found that about $9.2 trillion USD stands to be lost from the global economy if developed nations, largely in the West, buy up all the vaccine doses. Half of that loss will be to developed nations. “The research shows that no economy can recover fully from the COVID-19 pandemic until vaccines are equally accessible in all countries,” the report concludes.

So how can the world make vaccine distribution more equal? Since early last year, developing countries have been pushing for international governing bodies to use some of the tools at their disposal to ensure that everybody has access to COVID-19 vaccinations.

However, developed nations have stymied these efforts and those by the World Health Organization and World Trade Organization to ensure equitable vaccine access, says Carlos Correa, an executive of the South Centre, an intergovernmental organization of developing countries.

How vaccines get allocated has a lot to do with the patents companies like Moderna and Pfizer place on them. Back in 1995, the World Trade Organization created a legal agreement called TRIPS (the Trade-Related Aspects of Intellectual Property Rights) which mandated that all WTO member countries must have a patent on all pharmaceuticals created in their countries.

Previously, any pharmaceutical drug could be left without a patent, meaning that the information about its constituent ingredients and how it was made could be freely distributed. (Famously Jonas Salk chose to release the polio vaccine he developed in 1955 without a patent to allow other countries to more easily develop and distribute it.)

Under the TRIPS agreement, countries must also respect the intellectual property, such as patents, of other WTO members. Those that don’t comply face economic and trade reprisals that many—especially developing nations—can ill afford.

However, Article 73 of the TRIPS Agreement notes that member states can act outside its bounds “in time of war or other emergency in international relations”, which the current pandemic presumably falls under. This exception could create a pathway for vaccine info-sharing within the Agreement’s bounds. So could a waiver submitted last year by representatives of South Africa and India that would create an exception to the TRIPS Agreement for COVID-19 therapies.

Either of these measures would create a framework for any countries with vaccine production infrastructure to produce COVID-19 vaccines. But they have been rejected by developed countries so far, says Correa, who has written extensively on the TRIPS Agreement.

Another obstacle standing in the way of developing nations getting access to the virus is the fact that the technological capacity to produce vaccines, including the new Pfizer and Moderna mRNA vaccines, is extensive. Retooling existing vaccine production infrastructure with the technology to produce COVID-19 vaccines “may be complex, but it’s not impossible,” Correa says.

After all, many countries throughout the world already have vaccine production facilities, although the exact level of global capacity is hard to identify. KEI, is working on a publicly-visible Excel document auditing capacity around the globe. But, of course, that capacity won’t matter unless the information about the vaccine’s recipe and the technology required to make it is also available.

There’s plenty of evidence that the companies that developed the vaccines aren’t the only ones able to produce them. Contract manufacturers in the US and Europe have produced Moderna’s vaccine, the Associated Press reports, and the Serum Institute of India is a contracted producer for AstraZeneca’s vaccine.

[Related: Read about what you can do right now to protect yourself from the new COVID-19 variants]

Last spring, the World Health Organization launched a voluntary initiative for pooling COVID-19 treatment technology and know-how, called the COVID-19 Technology Access Pool (C-TAP). A number of countries signed on to the agreement, but many others—including the United States—abstained.

Pharmaceutical companies, while invited to share their resources, also declined. Albert Bourla, chief executive of Pfizer, called the idea “nonsense” and “dangerous.” His company agreed late last month that it would provide a meager 40 million doses of its vaccine, at an undisclosed price, to COVAX, the public-private partnership overseeing distribution of COVID-19 vaccines around the globe.

The bottom line, according to KEI’s Balasubramaniam, is that more political will is needed to bring COVID-19 vaccines to the world in any kind of timely fashion. Wealthy countries have the money to make direct deals with vaccine manufacturers; they also have the most sway in international political bodies like WHO and the WTO. That disproportionate influence could have severe consequences for the planet’s COVID-19 recovery, Carnegie Mellon University bioethicist Danielle Wenner told Popular Science last fall. At that time, she warned of the potential repercussions that could arise if rich countries hoarded the vaccine.

The United States throwing its weight behind a TRIPS Agreement workaround and the C-TAP project would make a huge difference, everybody interviewed for this story agreed. There are signs that the new administration plans to act on at least some fronts—Anthony Fauci, when asked in January whether he supports the U.S. joining C-TAP, responded “Yes, yes, yes”—but it remains unclear how the Biden administration, which only recently reiterated its commitment to the World Health Organization, is going to help end the pandemic everywhere.