At a senate hearing, Anthony Fauci and other public health experts testified on the search for a vaccine, herd immunity, and more. 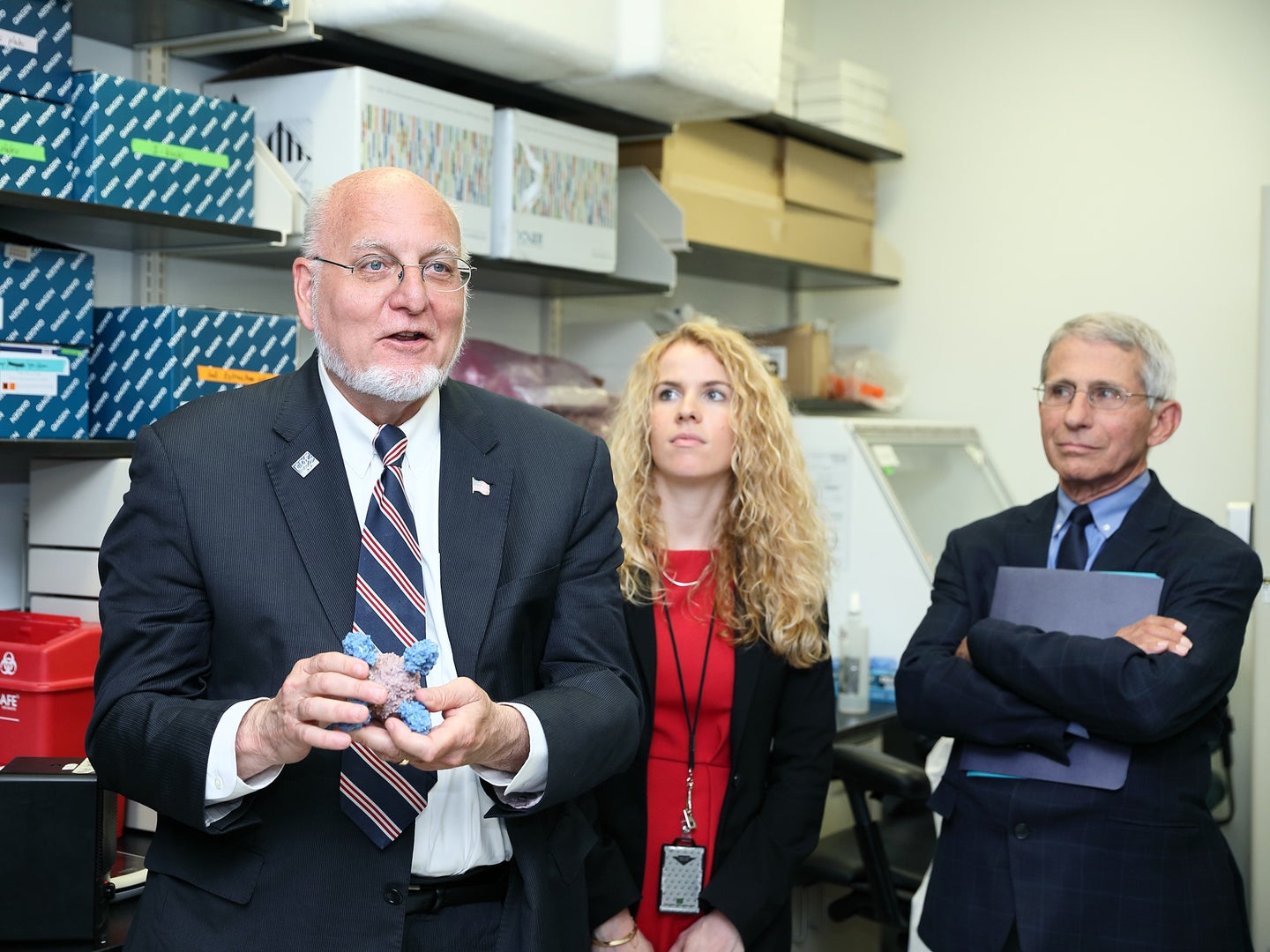 CDC Director Robert Redfield (left) and National Institute of Allergy and Infectious Diseases Director Anthony Fauci (far right) both testified to a Senate committee this week about the status of the pandemic. National Institutes of Health
SHARE

Follow all of PopSci’s COVID-19 coverage here, including the latest on how flu season will affect the pandemic, ways to tell if your symptoms are just allergies, and a tutorial on making your own mask.

After a few weeks of confusing guideline updates and whiplash-worthy retractions, Robert Redfield, the director of the Centers for Disease Control and Prevention (CDC) joined other public health experts from the White House to clear the air at a Senate testimony yesterday.

The panel included the Food and Drug Administration (FDA) Commissioner Stephen Hahn, Assistant Health and Human Services Secretary Brett Giroir, and National Institute of Allergy and Infectious Diseases Director Anthony Fauci. The four men spoke for three hours about the quest to develop and distribute a coronavirus vaccine—possibly as early as the end of the year—while clarifying some of the science behind how the virus spreads between people. They also hit on the importance of getting the flu shot early this winter, with Redfield noting that the CDC will stockpile 28 million extra doses for kids and adults. Here’s a quick recap.

The COVID-19 vaccine will be free for the American public

Redfield and Fauci both agreed on December as the earliest possible release date for a vaccine in the US. But even then, only limited quantities would be available for individuals in at-risk populations (those who are 60-plus, undergoing chemotherapy, have compromised immune systems, etc.). By Redfield and Fauci’s estimates, the general public wouldn’t have access to the vaccine until spring or summer of 2021.

Once it’s fully tested, approved, and released, Fauci said the vaccine will be distributed for free. “We have been assured that in fact, the American public will not have to pay for the vaccine,” he told Lamar Alexander, chairman of the Senate Health, Education, Labor, and Pensions Committee. Other panelists touched on the need for thermoregulated facilities in rural hospitals so they can store vaccine vials and ensure that no corner of the country goes unprotected.

After updating the panel on the latest number of COVID-19 cases and deaths in the US, Redfield mentioned that the CDC is working on several studies to understand how the virus is spreading across the country. One of those includes an analysis of antibody-test data, which will be released in the next few weeks. On first glance, he noted, more than 90 percent of the country’s population still seems to be uninfected. “Preliminary results appear to show that most Americans have not been infected by the virus and are still vulnerable to the infection, serious illness, and death,” Redfield said.

Fauci also hit on this point later in the testimony, when countering Senator Rand Paul from Arkansas’s claim that parts of the country are close to achieving herd immunity. “If you believe 22 percent is herd immunity, you’re alone in that,” the doctor said, while discussing antibody rates in New York City. Shortly after, he struck down the idea that “cross-reactivity” from other pathogens could help boost the body’s defenses against the novel coronavirus: “There was a study that came out recently that preexisting immunity to the common cold does not cross react with COVID-19.”

The FDA promises to make the entire vaccine-approval process public

A handful of senators drilled down on contradictory information put out by the federal government in recent weeks on how COVID-19 is spread, whether asymptomatic patients should be tested, and why masks are important in countering the virus. Senator Patty Murray from Washington mentioned that she was pushing for the formation of a task force to investigate “political interference into our public health agencies.” The CDC and FDA have been criticized in the past months for changing their messaging based on the White House’s whims, rather than basing policies on scientific knowledge. Just last week the CDC finally acknowledged that SARS-CoV-2 is airborne (a fact that virologists and immunologists have been touting for months), then quickly retracted the statement.

Hahn promised full transparency on any moves by the FDA to greenlight a vaccine. Once a drug passes phase 3 of large-scale clinical trials, he said, it will be reviewed for Emergency Use Authorization, which is a fast-tracked version of the administration’s usual approval process. At that point, the public will have a chance to comment on the trial results and medical recommendations. “In the end,” Hahn said, “FDA will not authorize, or approve, a vaccine that we would not feel comfortable giving to our families … I will fight for science, I will fight for the integrity of the agency, and I will put the interest of the American people before anything else.”

Depression and substance use are on the rise, and the CDC wants to help

Last month, the CDC released the results from a survey on mental health and substance abuse in the US in the past months. The general outlook was dire: At least 40 percent of respondents 18 years or older said they’d experienced an increase in anxiety, symptoms of post-traumatic stress, suicidal thoughts, or alcohol and drug consumption due to the pandemic. Young adults, essential workers, and Hispanic and Black individuals showed some of the highest rates.

In response, the department launched a new mental-health program that pools together medical and non-medical resources for veterans, unemployed family members, people suffering from addiction, and school-aged kids. Redfield highlighted the last group in particular. “Many people may not realize that over 7 million children get their mental health services in the context of schools,” he said. Without in-person learning, students may not get the help they need.

If you’re having thoughts of self harm, call 1-800-SUICIDE or message Crisis Text Line.