Black mothers face high death rates. Now they have to contend with climate change, too. 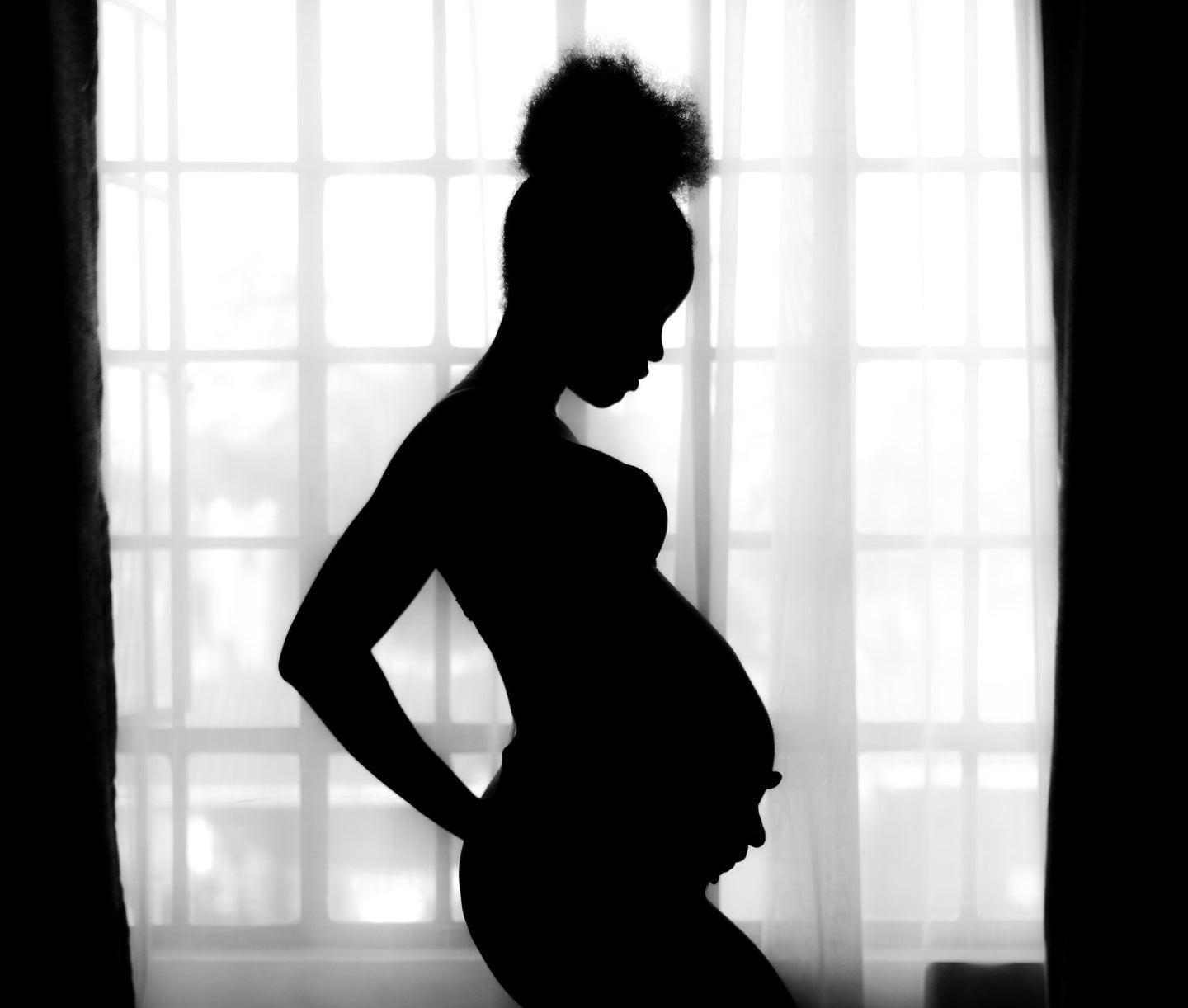 News studies and legislation show how dire the situation is for Black mothers in America. Mustafa Omar/Unsplash
SHARE

In 2016, Kira Johnson died giving birth to her second child, hours after she notified doctors of severe abdominal pain. According to her husband, Charles Johnson, doctors at Cedars-Sinai Medical Center in Los Angeles told him that his wife was “not a priority.” Ten hours later, shortly after midnight, her heart stopped during an emergency surgery, which revealed that she had over three liters of blood in her abdomen from internal bleeding.

“I started to do research for myself,” Johnson told CNN this past February. “I realized, oh my gosh, we are in the midst of a maternal mortality crisis that isn’t just shameful for American standards. It is shameful on a global scale.”

Shortly thereafter, Johnson and his mother met with Rep. Robin Kelly of Illinois. After digging deep into the issue, Kelly says she was disturbed to learn that the US is the only developed country in the world with a rising maternal mortality rate. From 1991 to 2014, the rate at which people die due to childbirth complications has more than doubled—from 10.3 per 100,000 live births to 23.8. In 2018, 658 patients died as the result of childbirth complications. Two-thirds of those deaths were determined to be preventable.

For Black women like Johnson and Kelly, however, those statistics look even more dire. Nationwide, Black women are three to four times more likely to die in childbirth than white women. In Kelly’s home state, the disparity is even worse: Black women are six times more likely to die. The underlying causes are complex, rooted in the foundation of the American healthcare system—but one finding reveals that climate change plays a surprisingly influential role in these pregnancies.

New research published by the Journal of the American Medical Association, co-authored by Rupa Basu, chief of the air and climate epidemiological sector at the California Environmental Protection Agency, exposes the extent of physical and mental damage that climate change and high maternal mortality rates have on the Black community. The analysis shows that Black neighborhoods in particular are threatened by air pollution and rapid heating. The work dovetails with efforts by a small group of congress people, who are fighting to fill the gaps that Black mothers contend with, long before and after they go into labor.

Poisoned by their own neighborhoods

Basu first felt the irrepressible heat during her own pregnancy a few years back. “I usually run really cold, but then I couldn’t cool down,” she recalls. That experience is typical: Pregnant women tend to have higher core temperatures and are constantly in danger of overheating. That trend toward a higher body temp isn’t just uncomfortable; it also leaves pregnant people more vulnerable to the risks of hot weather. In 2010, Basu co-authored a study that revealed that for every 10-degree Fahrenheit rise in California, preterm deliveries increased by 8.6 percent. Black women, meanwhile, experienced a 15 percent uptick. As California’s temperatures keep rising—experts project a 5.6- to 8.8-degree increase by the end of the 21st century—those preterm rates may as well.

Heat seems to be the main stressor here, but the environmental pollutants that contribute to rising temps have an effect, too. For their newer analysis, Basu and three other scientists compiled 68 studies published between 2007 and 2019 that examine the impact of particulate pollution, ozone, and heat on birth outcomes to reveal the immediate dangers that these factors can have on pregnant people. They learned that exposure to air pollution resulted in an increased risk of preterm birth in 19 of 24 studies, and low birth weight in infants in 25 of 29 studies. Pollutants such as PM<sub>2.5</sub>, the particles that come from the combustion of fossil fuels, and ozone are so light that they linger in the air for hours, and are miniscule enough to enter the lungs and bloodstream, where they cause inflammation in organs and disrupt fetal growth. In all, 90 percent of the studies involving heat exposure showed a connection to increased risks.

While the collected studies examined all races, Basu found that Black communities were nearly always the most vulnerable, likely because of their proximity to sources of pollution. “If you look at areas where Black mothers live versus non-Black mothers, they’re closer to traffic, power plants, and emissions like fossil fuels,” Basu says.

Robert Bullard, an environmental and racial justice scholar, describes Black neighborhoods as the canary in the coal mine—the most vulnerable when it comes to environmental damage. On average, Black people inhale 56 percent more particulate air pollution that’s caused by other people’s consumption than white people. Income doesn’t account for the disparity, either. “African Americans who earn $50,000 or $60,000 a year are still more likely to live in neighborhoods that are more polluted than whites who earn $10,000 a year,” Bullard says.

To make things worse, Black neighborhoods tend to consist of more asphalt than greenery, causing a phenomenon called the urban heat island. Buildings, roadways, and uncovered industrial areas absorb and radiate solar energy, amplifying scorching summer days and nights. The phenomenon connects back to redlining, a practice started by the Home Owners’ Loan Corporation during the Great Depression that deprived Black neighborhoods of much-needed mortgages and investment. Developers often had free rein to build freeways and high rise complexes in these areas—made of cinder block, concrete, asphalt, and brick, which retain heat—and neglected to include parks or other green spaces. One recent study found that redlined neighborhoods are typically 5 degrees Fahrenheit hotter than average. In Portland, Oregon, and Denver, Colorado, that difference was 12 degrees Fahrenheit.

Urban heat islands can be disastrous for pregnant people and their children. When things get too heated, Basu says, the body can shift blood away from the developing fetus, which sometimes triggers premature labor. Dehydration, dizzy spells, and early contractions—all of which drastically increase the risk of preterm birth—can also occur.

It’s not just an issue of maternal health either. One 2019 study suggests that rising temperatures may cause a 12.3 percent increase in the number of infants with congenital heart defects in the South over the next decade and a half. Scientists also believe heat may cause fetal cell death and hinder the formation of essential proteins.

Compounding the issue is the fact that Black neighborhoods are also often health care deserts. In a 2012 study, researchers found that 25.6 percent of Black people live in zip codes with few or no primary care physicians, compared to 13.2 percent of white people. What’s more, almost 14 percent of Black women don’t have health insurance, and three million of them rely on Medicaid for coverage. As President Donald Trump prepares to roll back the Affordable Care Act—an action that would deprive 20 million people of health insurance—these figures may rise. “If you dismantle that system, you’re gonna make people sicker and sicker, and more people will die prematurely,” Bullard says. Pre- and post-natal care is essential to decreasing pregnancy risks, and according to Bullard, Black women aren’t getting their fair share.

To tackle these issues, female leaders in Congress have been drafting and advocating for new laws that bring Black maternal health to the forefront of the country’s agendas.

Taking the fight to Congress

Rep. Gwen Moore of Wisconsin has been a mother every day of her adult life. She was 18 years old and alone in her sister’s apartment when she felt her first contractions on January 1, 1970, with no telephone or spare change to use the phone booth downstairs. She waited hours for her neighbors to return from a party so she could borrow their telephone. At 4 a.m., she arrived at the hospital in an ambulance and gave birth to her daughter. “It was so traumatic,” Moore says. “I was appalled by the treatment I got because I was 18 years old and a single parent with no money.” Before she gave birth, numerous male residents in training practiced delivery techniques on her, leaving her traumatized and unwilling to return to any hospital for future pregnancies. She delivered her two other children at home with midwives.

Throughout her time in Congress, the issue of maternal health has weighed heavily on Moore. She’s traveled with maternal health crews to visit parents after their babies have died from Sudden Infant Death Syndrome. Her daughter gave birth to a baby who weighed just 1.13 pounds. Her niece has been pregnant during the pandemic.

In 2019, Moore joined the Black Maternal Health Caucus, shortly after it was formed by Reps. Lauren Underwood and Alma Adams. Together, the group of 106 congresspeople spearheaded the Momnibus, a bundled package of nine bills aimed to improve the lives and health of Black mothers. It’s been waiting to be reviewed by the House of Representatives since March. Moore specifically helped draft the Perinatal Workforce Act, which aims to train more nurses, physicians assistants, doulas, and midwives from low-income and minority communities—something that she personally found essential for her own health when pregnant.

Getting care from someone who understands what a Black mother goes through can be a matter of life or death, Moore says. As an 18-year-old, she relied on her older sister, who took on the traditional role of a doula to explain hot flashes, feed her prenatal vitamins, and educate her on what not to eat and what not to do. She comforted Moore when she awoke in the middle of the night screaming when her baby first kicked. “Doulas can help women who are at risk and young like I was,” the representative says. Midwives helped her deliver her second and third baby without having to step foot in a hospital.

Other Momnibus bills provide funding for community-based organizations that support Black mothers, invest in social determinants of health such as housing, transportation, and nutrition, improve data collection for studies on maternal health, and focus on Black mothers who may be veterans or incarcerated.

Meanwhile, another bill currently awaiting passage in the Senate looks to expand Medicaid coverage for postnatal care from two months to one year, Kelly, the representative from Illinois, says. Originally called the Helping Moms Act of 2019, it was rejected by Republicans but re-introduced this June as part of a larger package to strengthen the Affordable Care Act..

Between the lack of basic health care rights and the double-edged sword of climate change, Black mothers have to work harder than most to protect their own bodies. “If you get pregnant and you’re Black, you don’t know if you’re gonna have a healthy baby,” Bullard says. Those are dangerous odds for any expecting parent in today’s world.