Over the past four decades, the chance of tropical storms developing devastating winds has grown more likely. 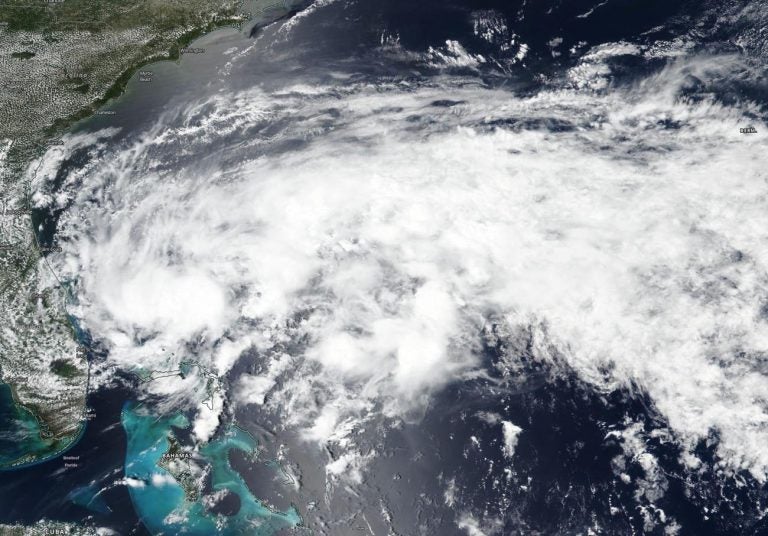 Tropical Storm Arthur off the coast of Florida on May 16, 2020. NASA Worldview, EOSDIS)
SHARE

But now, the National Oceanic and Atmospheric Administration has updated that projection to say that 2020 is likely to be one of the most active hurricane seasons in the 22 years they have been producing hurricane forecasts. NOAA estimates we’ll get 19-25 named storms, 7-11 of which will be hurricanes and 3-6 of which will be major hurricanes, meaning one of Category 3 or higher. That means wind speeds of 111 miles per hour or more, capable of ripping roofs off of houses, uprooting trees, and leaving people without power and water. It’s not clear how many of these will make landfall in the US, but more storms means more chances of severe weather hitting home.

Unfortunately, none of this is all that unexpected.

A recent study in Proceedings of the National Academy of Sciences shows that major hurricanes have been increasing since the late 1970s. Climate scientists have suspected that this supercharging effect might be happening. Surface ocean temperatures have climbed in recent decades—a change that theoretically would lead to greater storms, due to the warmer water providing more energy for swirling winds. “We have a sort of speed limit set by the environment,” says James Kossin, lead author of the PNAS study and a climate scientist at the National Oceanographic and Atmospheric Administration. When you raise the temperature of the water, you raise that speed limit. Adds Kossin, “As we warm up the planet … the ocean response creates a greater potential [speed limit], and then it only takes time for those storms to realize that potential.”

So far, though, it’s been hard to see this trend clearly in hurricane data. Natural cycles influence hurricanes in addition to human-caused warming. Fluctuations include El Niño/La Niña conditions and a multidecadal cycle of warming and cooling in the Atlantic. Also, there isn’t one consistent long-term data set on global hurricanes. Hurricane data comes from numerous sources, relying on different satellites and methods. Those satellites have also become much more sophisticated over the years, introducing potential inconsistencies with older data. “In the end, what happens is that anytime you do a trend analysis on those data,” says Kossin, “you never know how much of it is due to changes in technology, and how much of it is due to actual changes in storms.”

Kossin had a workaround for this problem: giving the newer data a retro revamp. “In its simplest description, what we did is degrade all the modern data to the standards of the 1970s,” he says. Essentially, they made the newer images more grainy. Kossin applied this method to images of global hurricanes between 1979 and 2017.

With the satellite images all now equally grainy, the data was much more homogenous. Next, a computer model analyzed these images and inferred the winds speeds based on their characteristics, such as the tightness of the storm’s spiral and the temperature at different parts of the clouds.

The researchers found that the chance of a tropical storm becoming a major hurricane increased by eight percent every decade starting in 1979. This means that across the life of a given storm, it’s now more likely than before to develop into a major storm.

The new method allows researchers to see a trend that’s “more clear and more significant” than previous analyses, says Suzana Camargo, a climate scientist at Columbia University who was not involved in the research. “That’s the big strength of this study, the homogenized data.” Carmago adds that the results themselves weren’t surprising.

“These results illustrate that we are in fact already seeing changes to the distribution of the intensity of these storms, which means that this is not only a problem for us to consider in the future,” says Andra Garner, a climate scientist at Rowan University who was not involved in the research. Garner says that the findings underscore the need for coastal communities to adapt to be more resilient to these major storms.

The finding is a final piece in the puzzle of understanding hurricane intensity in a warming world. As Kossin puts it, scientists had a good theoretical understanding of the process, and climate models also show hurricanes getting stronger. Now, scientists can say, more definitely, that major hurricanes are becoming more likely—and that the large and potentially destructive storms like those forecasted for this year are becoming the norm.