Eddies in the ocean might affect sea level rise 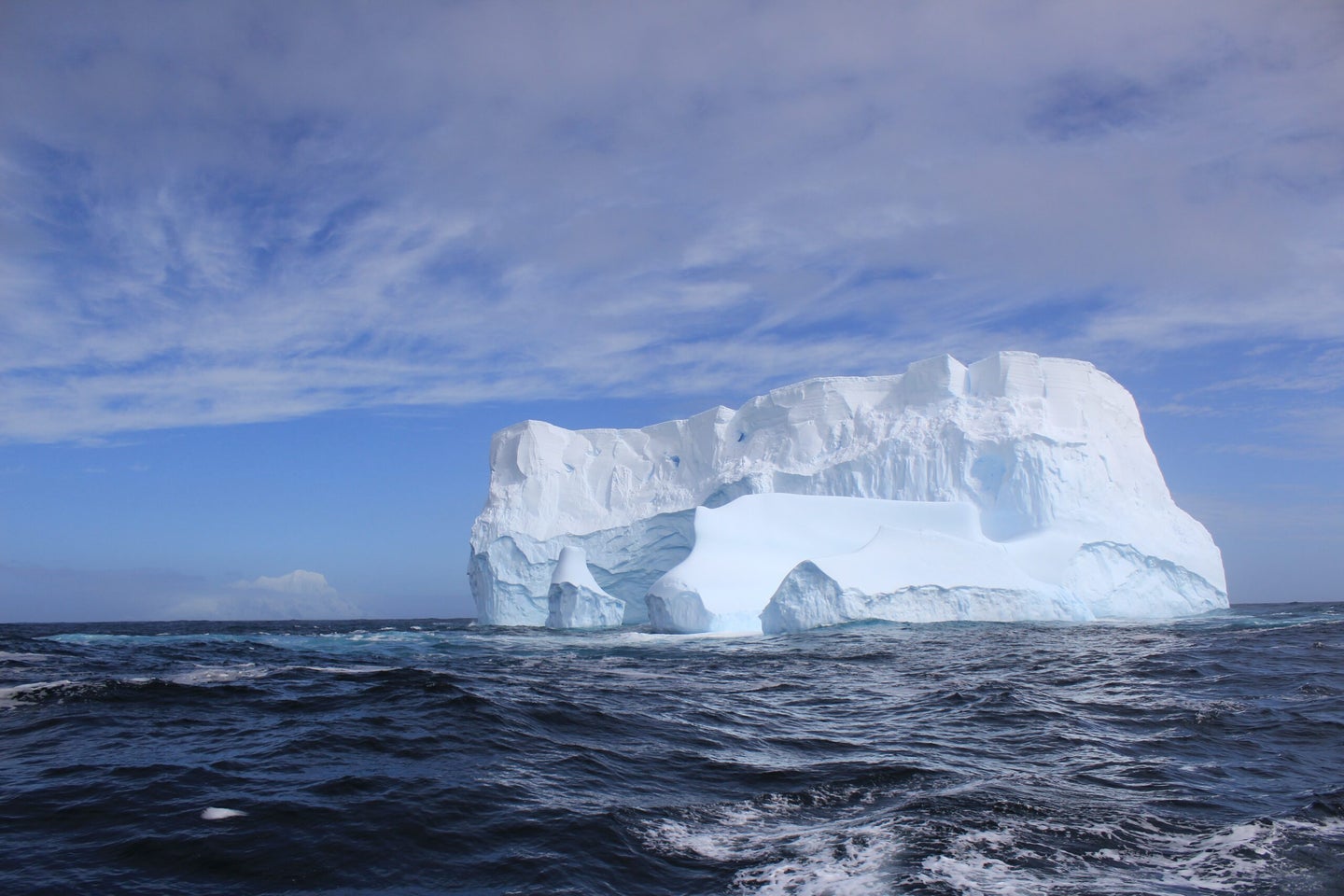 Eddies in the Southern Ocean could impact how quickly ice melts in Antarctica. lavivm/Pixabay
SHARE

As ice sheets melt and the oceans absorb much of the excess heat from climate change, sea levels are rising and threatening coastal communities and ecosystems. Adapting to this aspect of our changing climate is especially hard because there’s so much uncertainty surrounding it. Current projections of sea level rise by 2100 range widely, from about 11 inches to more than three feet.

Even with the same amount of warming, there’s a lot of variation in estimates of global mean sea level rise. That’s because the Earth’s ice and waters are governed by complex physics that require immense, expensive computing efforts to try to predict.

A new study in Science Advances highlights how even seemingly insignificant events—ocean eddies—can have consequential impacts for sea level rise projections. These turbulent, swirling waters span around 10 to 60 miles across, and can last as little as a month. They sometimes even get names, much like hurricanes. The findings show that such eddies in the Southern Ocean could block warm water from reaching the Antarctic Ice Sheet, potentially staving off underwater melting.

“We know that today parts of the Antarctic Ice Sheet and fringing ice shelves, particularly in West Antarctica, are sensitive to warming ocean temperatures,” Lauren Simkins, a glacial geologist at the University of Virginia, told Popular Science in an email. A temperature increase in water under floating ice shelves can cause them to melt, and this process in turn causes the ice further up the sheet to flow more quickly to the sea. If such a process accelerates melting across the sheet, the impacts could be disastrous. The Intergovernmental Panel on Climate Change has reported that instability on the West Antarctic ice sheet alone could increase sea level by several inches this century (and up to about 11 feet beyond that). That sounds small, but such a difference could have huge consequences for communities in low-lying coastal areas having to adapt or relocate to drier terrain.

But whether warm currents are able to reach the ice sheets depends on the dynamics of ocean currents. To better understand one aspect of this, René M. van Westen, a physical oceanographer at Utrecht University, employed a climate simulation where the resolution was high enough that it could “see” eddies. The simulation ran through the year 2100 and assumed a one percent annual increase in carbon emissions (roughly what we might expect if emissions go largely unabated). He compared this simulation to a fuzzier, low resolution version that didn’t include eddies. “The main thing [we did] is just increase the resolution, which enables us to resolve new physical processes,” he says.

[Related: Ice sheets can melt much faster than we thought]

Compared to the coarse-scale simulation, the model that included eddies predicted a 25 percent lower global mean sea level rise by 2100, a difference of about 4 inches. The low resolution version predicted sea level would increase 17 inches, while the sharper simulation showed 13 inches.

In the model, the circular currents in the Southern Ocean effectively blocked warmer waters from intruding under floating Antarctic ice. The relatively cooler waters would decrease the amount of melting occurring underwater. The paper “highlights the fact that ocean circulation around the Antarctic is an important driver of uncertainty in projections of the Antarctic contribution to sea-level rise in this century,” said Robert Kopp, a climate scientist at Rutgers University who was not involved in the research, said in an email.

However, Kopp adds that he would not read too much into the specific estimates in the paper. The authors relied on one earth system model, and it’s best to run multiple models before drawing conclusions about the future climate. Also, the instabilities of ice sheets are related to many other factors in addition to water temperature. For example, air temperature is more important than water temperature for determining the stability of ice cliffs. Simkins of the University of Virginia adds that ice sheet melting can even be affected by the topography of the underlying seafloor. That all means that the precise predictions of 2100 sea level rise in this study may not be accurate—it’s the fact that they found such variation from ocean eddies alone that’s most significant.

Van Westen plans to keep adding finer-scale phenomena to climate simulations. Up next: tropical cyclones. Incorporating such weather events could make an important difference for sea level predictions, he says. “Looking at even more sophisticated models, that could be a giant leap forward in this kind of research [on sea levels].”