Life on Earth -- in unexpected places. 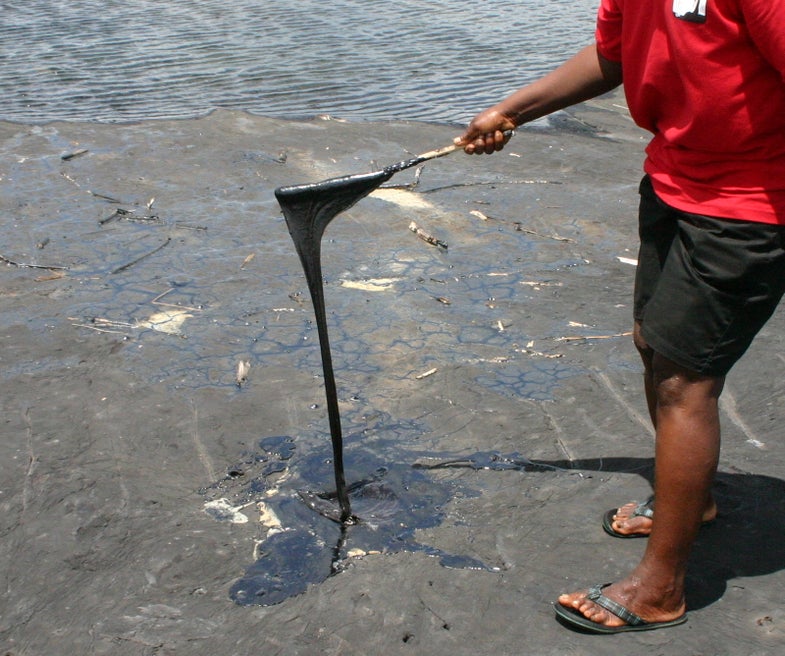 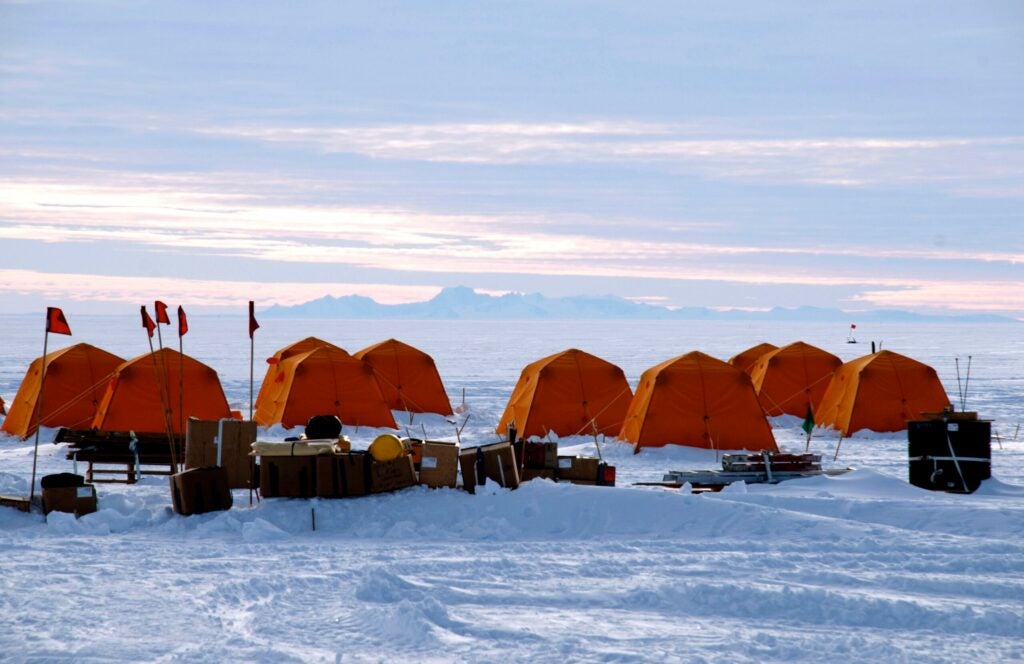 Researchers and technicians lived in orange tents while drilling into Lake Whillans in January 2013.

Over the past week, scientists have published the results of studies analyzing two very strange — and very different — lakes. One is Pitch Lake, a lake made of asphalt and filled with hydrocarbon gases on the Caribbean island of Trinidad. The other is Lake Whillans, a freshwater body located 800 meters under the surface of a glacier in West Antarctica. You might say the lakes seem unearthly, although they’re located right on our home planet. Titan, Saturn’s moon, has hydrocarbon lakes like Pitch Lake, and several moons in our solar system are thought to host liquid water underneath a thick layer of ice.

Both lakes, separate teams of researchers found, contain microbial life. The little ecosystems in each provide more evidence of the extremes in which life can chug along.

So what could possibly live in pitch/super-cold, super-dark South Pole water? We took a closer look at the two recent studies about the lakes to find out. 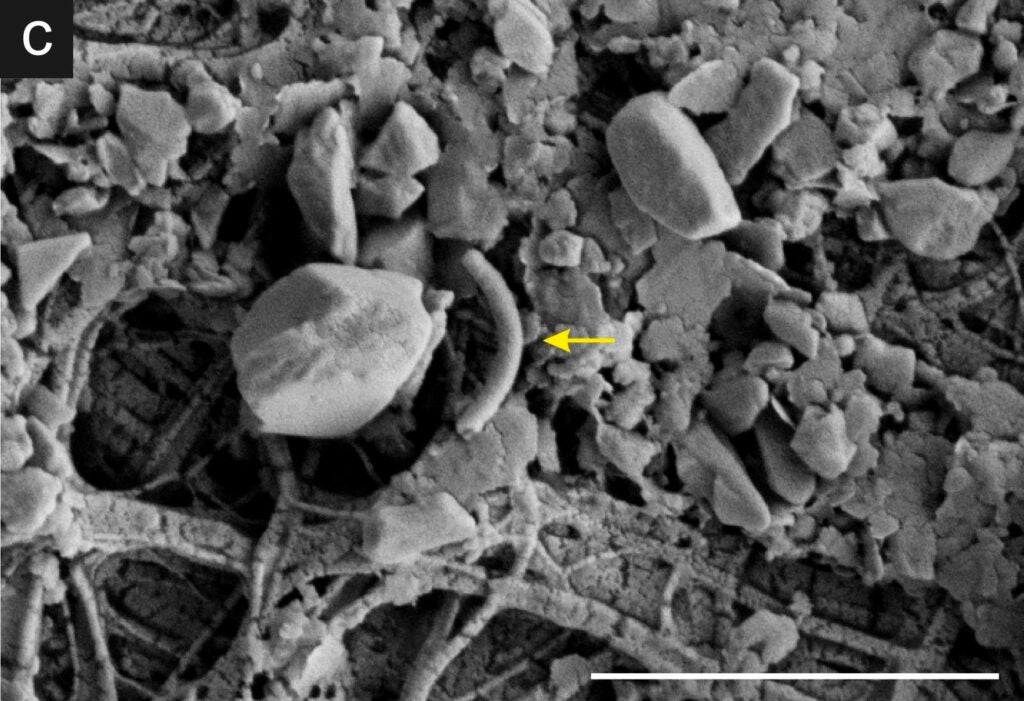 The yellow arrow points to a rod-shaped bacterium. The white scale bar represents 2 micrometers. This image was taken with a scanning electron microscope.

Lake Whillans hasn’t received energy from the sun in at least 120,000 years. Some scientists think it may have been as long as 1 million years since the creatures living there got any sunlight. Yet a team of scientists from the U.S., Italy and the U.K. has found almost 4,000 species of bacteria in Whillans water. The density of bacteria in the water is similar to the bacterial density deep in oceans, Nature News reports.

Many of those bacteria metabolize ammonium. That’s ammonium that likely came from organisms that lived in the lake millions of years ago, when it had been a shallow sea in a warmer climate, according to Nature News. When those creatures died, they formed ammonium-rich sediment at the bottom of the lake.

Researchers have long wanted to drill into Lake Whillans, and into its neighbors — some 400 subglacial lakes underneath the Antarctic ice sheet identified by satellite imaging. It’s not easy to make it through so much ice, however, and the researchers had to develop techniques that would keep their drilling equipment from contaminating the water with microbes from the surface. The Lake Whillans project represents the first time anyone has been able to sample subglacial Antarctic lake water directly. 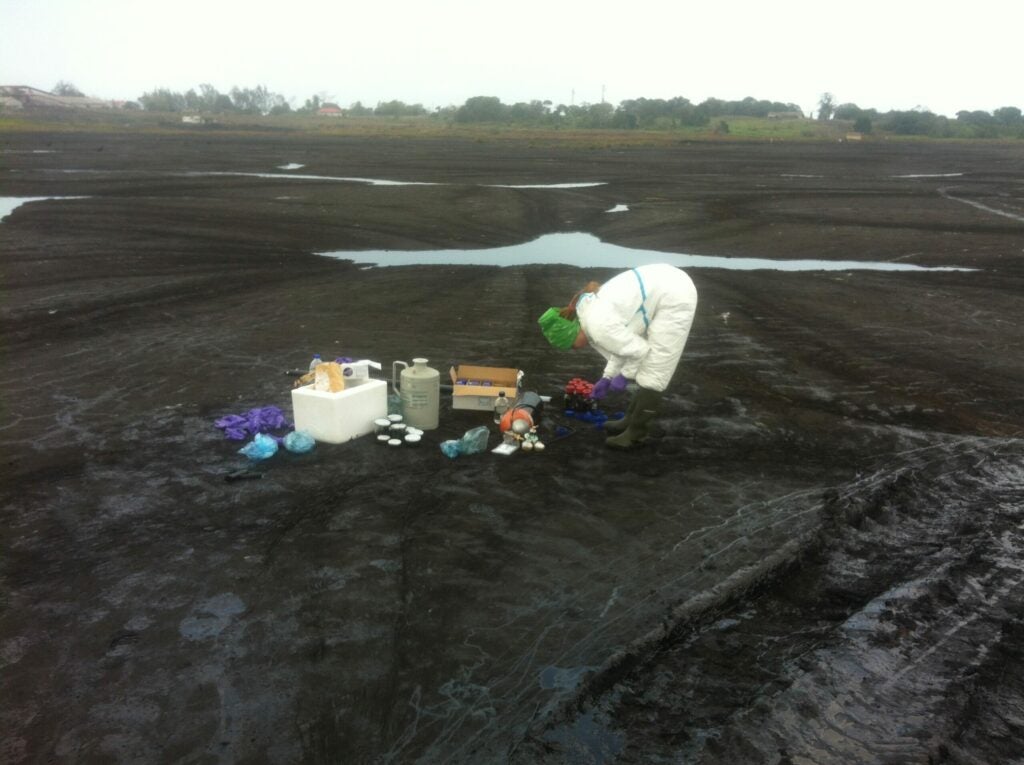 The microbes in Pitch Lake live in tiny droplets of water present in the asphalt. Each droplet is about 50 times smaller than a typical raindrop. (And you thought New York apartments were small.) A paper published last week in Science describes what the droplets are like:

When the research team analyzed the water droplets for DNA, they found genetic material belonging to numerous types of bacteria. The most abundant material came from an order of bacteria called Burkholderiale. There were also a number of bacteria known to break down methane, as well as salt-tolerant bacteria of the order Halobacteriales. The water itself was about as salty as seawater, so researchers think it likely didn’t enter the pitch as rain, but instead mixed with the pitch from some salty underground deposit.

This isn’t the first time researchers have found microbes in an Earthly hydrocarbon body. Previous studies have found a lot of Burkholderiale bacteria living in oil. However, scientists previously hypothesized that water droplets as small as those that appear in Pitch Lake wouldn’t be able to support life, so it’s cool to see diverse critters trucking on inside their tiny bubbles of saline. 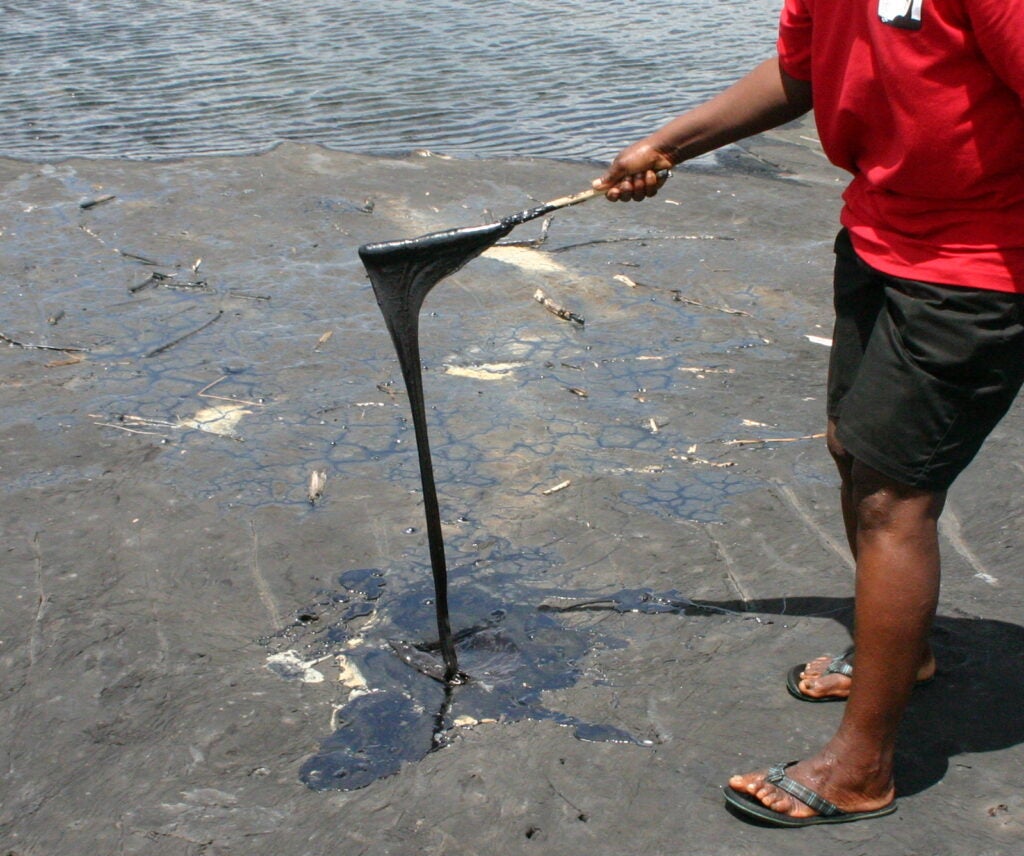 A Visitor to Pitch Lake