Ice sheets can melt much faster than we thought

Thousands of years ago, an Antarctic glacier receded faster than we’ve ever seen, and it has glaciologists rethinking things. 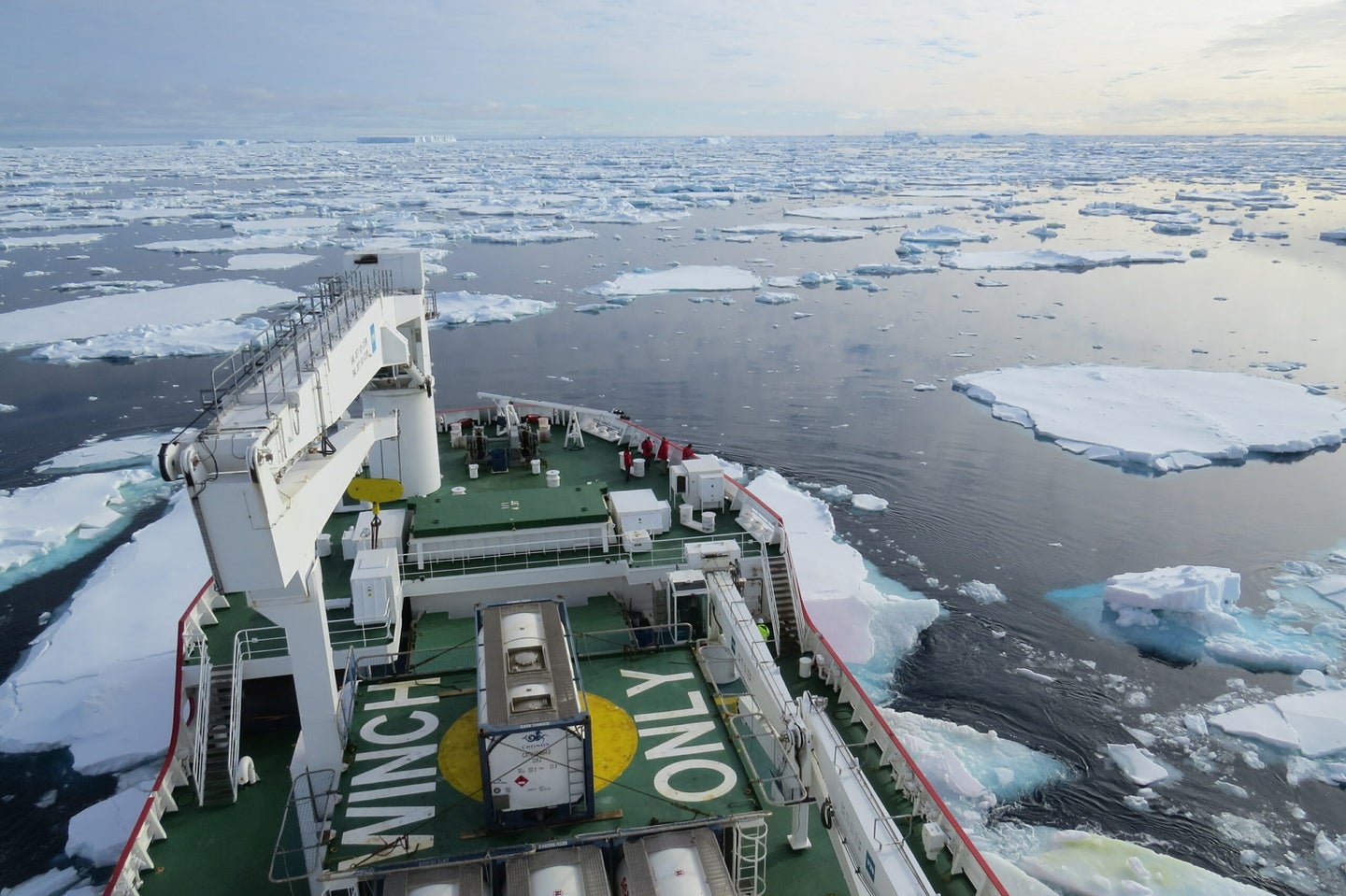 In the past couple of decades, we’ve had satellites trained on Earth’s ice sheets, documenting climate change-induced losses. But those years are a small sample when it comes to understanding the range of behavior these frozen areas can exhibit over the eons of geologic time.

That’s why glacial geologists are now looking underwater to learn more about ice sheets. Just like glaciers have carved the land, leaving behind features like valleys and boulder fields, geologists have suspected that ice shelves along the ocean could do the same to the seafloor. Now, with new sonar technology to map seabeds, it’s possible to see those features. On the Larsen continental shelf off Antarctica, researchers have used underwater drones to image a series of ripples across the seafloor. A new study in Science finds that these ripples reveal that an ancient glacier melted at unprecedented rates—even for today.

Because geologic information etched into the seafloor covers many more years than contemporary satellite data, it can give us a better picture of what ice sheets are capable of. And understanding ice sheets will be crucial for preparing for future sea level rise. Climate models project that we might see around three feet of sea level rise by 2100 without emissions reductions, but even in those toasty scenarios there will be a lot of ice left in polar regions. However, “if we lose a little more of that [leftover] ice, we could get a lot more sea level rise,” says Richard Alley, a glaciologist at Penn State University who was not involved in the study. Scientists are especially concerned about the West Antarctic ice sheet; if this ice collapses, it could raise sea level by 11 feet.

Julian Dowdeswell, a glaciologist at the University of Cambridge and lead author of the study, along with his team launched autonomous underwater vehicles into Antarctic waters to study the seabed for clues about how past glaciers acted. Using echo sounder data, the vehicles created high resolution images of the seafloor. The images reveal a sort of “ladder” and “rung” pattern, with a series of sediment ridges framed on either side. Based on carbon-dating of the remains of ancient sea organisms found in these sediments, they knew the ridges were about 11,000 years old, dating back to the deglaciation period following the last ice age.

Analyzing this underwater topography, the team concluded that the ridges tracked the movement of the grounding line of a former ice sheet. The grounding line is where the ice shelf thins to the point at which it is buoyant. Closer to the continent, the ice is so thick that it meets the seafloor, but further out toward the sea, it becomes thinner and buoyant, making the grounding line a good marker for the extent of the glacier.

As the ancient ice shelf bobbed up and down with tides, this grounding line pushed into the seafloor sediments, creating the ridges, says Dowdeswell. Based on the distance between the ridges and the assumption they’re created with every tidal cycle, the team could interpret how fast the glacier receded across the 90 ridges they analyzed. And those ripples tell a potentially scary story: the grounding line moved inland at 40 to 50 meters (131 to 164 feet) per day. Accounting for the fact that this process probably slowed during winter, the authors estimate the glacier retreated at over 10 kilometers (6 miles) per year.

“The grounding line of ice sheets can retreat much faster than we previously thought, by quite a lot,” says Dowdeswell. That can have major implications for sea level rise. The deglaciation period in which the ridges were formed had a warming atmosphere and ocean similar to today’s (although today’s human-caused warming is occurring at a faster rate). While it’s not a perfect analogue to today, studying ancient glacier behavior can still yield valuable insights into the possibilities we could see in our future. While Dowdeswell says that rapid melting might only happen for a few years at a time, it could still bring about a sudden rise in sea level: “There could be spikes in sea level rise associated with this sort of process.” Dowdeswell says the finding could be relevant to the Pine Island Glacier in Antarctica, which has experienced rapid melting and seems to be forming similar underwater ridges as that ancient glacier.

“The data are just beautiful,” says Alley. “The technological wizardry involved in making such wonderfully detailed maps of a remote, often stormy and iceberg-threatened sea, is truly impressive.”

But some scientists aren’t fully sold on the geologic process that the paper describes. “It’s hard to know that you’ve nailed exactly how marks on the seabed were left behind,” says Ted Scambos, a glaciologist with the National Snow and Ice Data Center, who was not involved with the study. Adds Lauren Simkins, a glacial geologist at the University of Virginia, who was also not involved with the study, “Some people are going to think that’s probably the wrong interpretation.” Simkins says that it’s possible those ridges formed in other ways. For example, perhaps the ice shelf had a crevasse on its belly that clumped together sediments as it moved. If another process is at play, that would put in question the rapid timeline for melting proposed by the study.

To better solidify their understanding of the processes forming the ripples, Dowdeswell says his team will take sediment samples to analyze the particles and the layers in the ridges. “All those things help use to understand the totality of the processes that are in the [ridge] formation.”

If the team’s interpretation of how the ridges formed holds up, there’s reason for worry. “This gives us a really more comprehensive picture of what is possible moving into the future,” says Simkins. “We could be dealing with kilometers of grounding line retreat every year, which would then suggest that individual glacial systems can contribute a lot more than we thought, on short timescales, to sea level.