Why keeping cool is heating things up 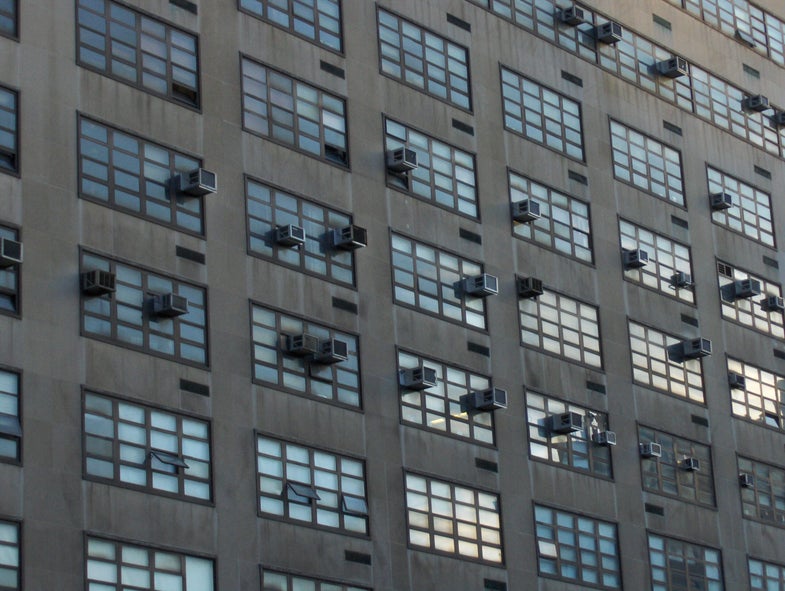 The Northeastern United States had a hot weekend, with heatwaves blanketing the area from DC to New York. New York experienced the hottest day of the summer, but that wasn’t the only milestone reached over the weekend.

The huge uptick in energy use can be blamed in part on the increased use of air conditioners which were working overtime over the weekend to help keep people cool. The high demand for electricity did cause a few power outages, and left government officials urging residents to use A/C but use it sparingly, setting it to 78 degrees instead of a lower temperature.

As the world continues to warm, air conditioner demand is expected to skyrocket, with an estimated 1.6 billion air conditioners to be installed worldwide by 2050. That number is expected to strain energy demands, even as the world is trying to pivot towards more renewable energy sources, like solar and wind power, and away from greenhouse gas generating power production like coal fired power plants.

Asking people to live without air conditioning isn’t always an option during heat waves, so businesses and governments are looking at other solutions to meet the rising demand, from producing more efficient and less polluting air conditioners to requiring common sense cooling strategies like not allowing businesses to run their A/C with the doors open.