Soon A Texas Town Will Run On 100 Percent Renewable Energy

Deep in the renewable heart of Texas 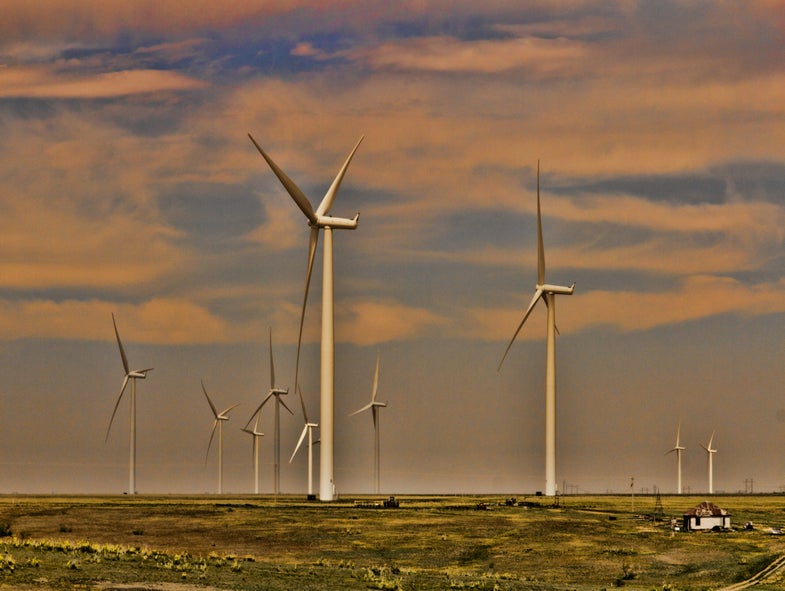 Renewable energy is having its moment in the sun…and wind, and water. Costa Rica managed to run on 100 percent renewable power for over 75 days. And in Texas, a state historically associated with oil wells, one metropolis is determined to achieve the same goal, going cold turkey on fossil fuels by 2017.

Georgetown, Texas is a relatively small city of 50,000 people, and its city-run utility recently announced that it would rely entirely on wind and solar energy in just two years. Georgetown plans to achieve this feat by purchasing energy from local solar and wind ventures. Texas gets plenty of sun during the days, and it tends to get windy in the state at night, so getting energy from both sources should cover the energy needs of the town. In an additional benefit, the move also saves water in a state that is notoriously dry. As Slate notes coal-burning power plants not only rely on non-renewable fossil fuels, but also use up stunning amounts of water, a resource also craved by agriculture, and, well, people.

The equation of wind and solar that works so well in Texas doesn’t get the same results in other places. Costa Rica, for example, managed to keep its renewable streak alive thanks to strong rainfall that boosted output at their hydroelectric power plants. The combination of hydroelectric with geothermal plants in a country with ample volcanos kept the lights on in the Central American country. Luckily, with renewable energy, there are plenty of options that end up with the same, green result–and less fossil fuels.