The plane powered by the sun's rays made a 5,000-mile journey nonstop 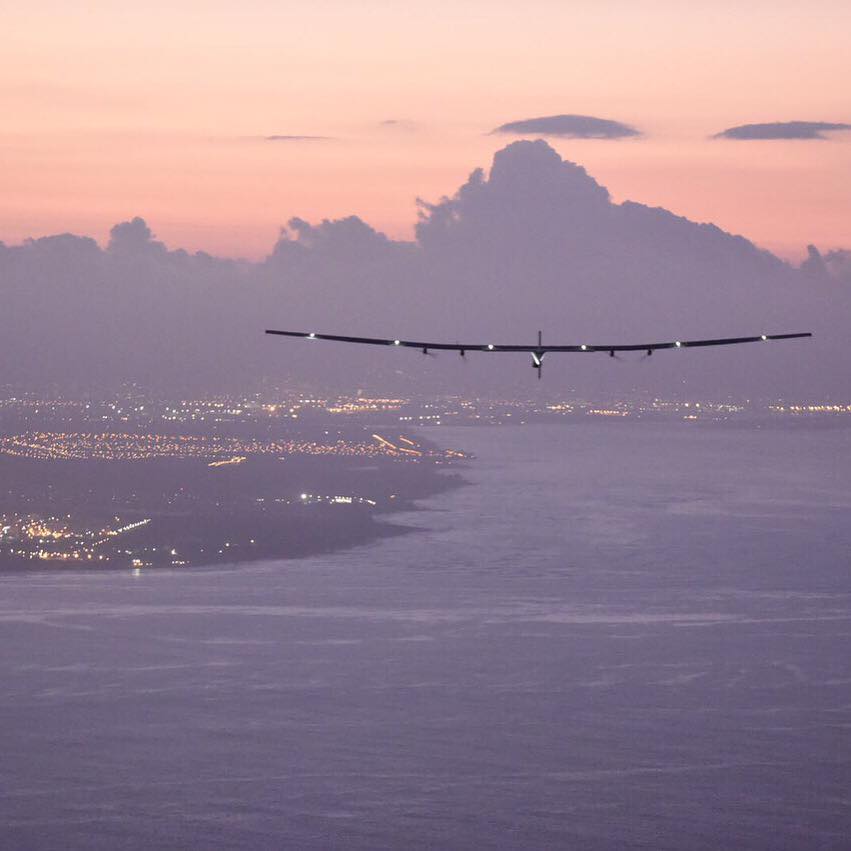 There’s light at the end of the tunnel. After nearly five days of flying non-stop over the Pacific Ocean, the experimental solar-powered airplane Solar Impulse 2 landed in Honolulu, Hawai’i, today, having made it through the most treacherous portion of its journey around the world and, in the process, having crushed the record for the longest duration solo flight without refueling (118 hours), according to the BBC.

“It’s a dream come true,” tweeted Swiss pilot André Borschberg, 62-year-old CEO of the Solar Impulse project, who has spent the better part of the week in the cramped cockpit of his aircraft, sleeping for only 20-minute stretches at a time. After 77 hours, he had surpassed aviator Steve Fosset’s record nonstop flight back in 2006. Meanwhile, the Solar Impulse 2 was flying over open water with no nearby landing sites in the event something had gone wrong, the so-called “Earhart Leg” of the trip, named in reference to American aviator Amerlia Earhart, who disappeared along a similar route.

Borschberg and his cofounder/alternate pilot Bertrand Piccard (son of undersea explorer Jacques) have taken turns flying the Solar Impulse 2 around the globe in stages, beginning their multi-leg journey from Abu Dhabi back in March. Their goal is to complete the first flight in history around the world using only solar power, encouraging further adoption of clean, renewable energy. Piccard officially launched the project 12 years ago after completing a globe-circling flight in a high-altitude balloon, and the duo completed a flight across the continental U.S. back in 2013 in Solar Impulse, the current aircraft’s predecessor. They also have a team of more than 90 engineers and staffers supporting them.

So today’s journey was the culmination of more than just your everyday flight. The 236-ft. (72 meter) wingspan Solar Impulse 2, whose source of power is 17,000 solar panels, landed at Kalaleoa Airport on the island of Oahu just after dawn local time, more than 5,000 miles away from its takeoff point in Nagoya, Japan. The milestone marks the completion of the eighth-leg of the aircraft’s 13-leg journey to circle the Earth. The next leg will see Piccard taking control of the aircraft on a 2,900-mile flight from Hawaii to Phoenix, Arizona. You can follow the team’s progress on Twitter and their website.