Borrowing from aviation’s golden age for our eco-friendly present 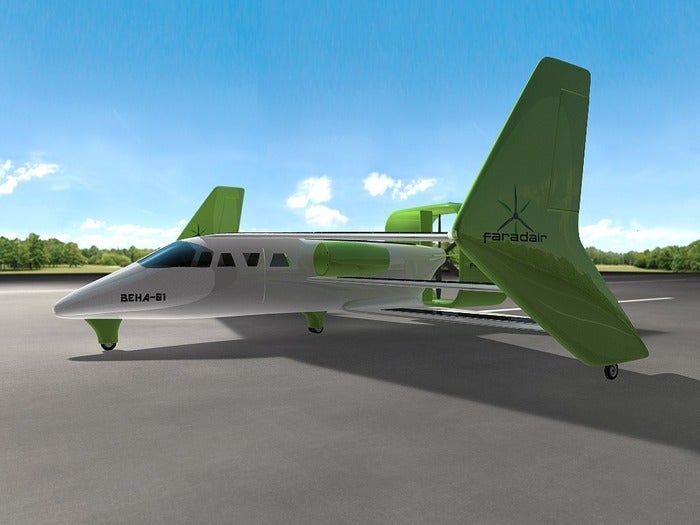 If completed, the crowdfunded BEHA plane will pair two battery-powered electric turbines with solar panels, wind turbines, and a separate biodiesel engine, to fly through the sky with as small an environmental footprint as possible. BEHA stands for “Bio Electric Hybrid Airplane,” and it joins the growing ranks of new aircraft designed to take advantage of multiple fuel sources. Call them “skybrids.”

BEHA is a triplane, a kind of aircraft associated more with the Red Baron and World War One than modern craft. BEHA’s wings are also covered in solar panels, so the triplane shape is an added bonus: with more wings, more surface area can catch the sun and better recharge the plane’s batteries. To add to its renewable power sources, the BEHA’s wind turbines can draw power from the air itself. The “Bio” in BEHA comes from the biodiesel engine, which operates a pusher propeller. Electric engines will take off and land the plane, but for longer flights the biodiesel engine will provide additional power while recharging the plane’s batteries.

The design is also inspired by the efficiency of the 1930s de Havilland Dragon Rapide light transport plane. The Rapide carried eight passengers, a pilot, and a small amount of baggage for short flights at no more than 6,000 feet, all in an unpressurized cabin without a bathroom. WIth a cabin that only seats six, the BEHA will carry fewer people, but in considerable more luxury. According to Faradair, the maker, the cabin will have a “sports car feel.”

There are 21 days left in the Kickstarter campaign, and it only has 17 backers, contributing just shy of $2,200 towards the project’s roughly $30,000 goal. Should the crowdfunding effort fail, Faradair is also seeking angel investors. And what’s more angelic than a low-emission aircraft powered by the sun?