A Solar-Powered Mayflower Will Cross The Atlantic In 2020 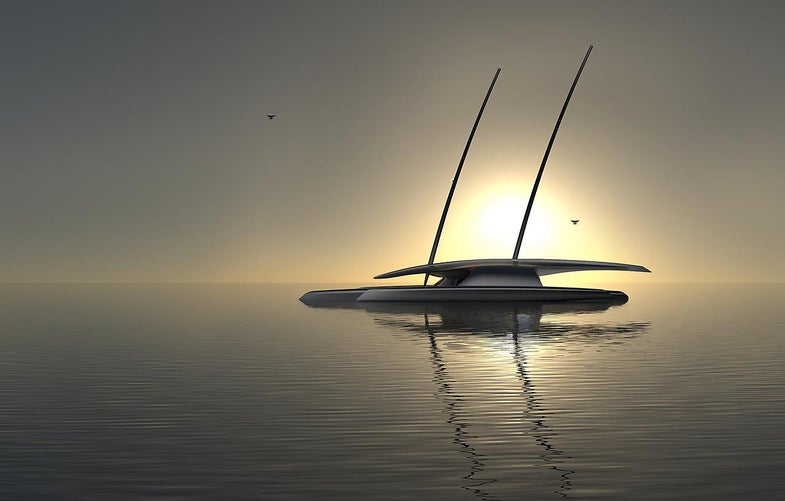 This is one MARS mission that is firmly grounded on Earth. Plymouth University researchers are designing the Mayflower Autonomous Research Ship, or MARS, which will set sail across the Atlantic Ocean in 2020, 400 years after another ship named the Mayflower made the same journey.

The original Mayflower took several months to transport settlers across the ocean, leaving Plymouth, England in July and arriving in what would become Plymouth, Massachusetts in mid-November of 1620.

The project is still in the design phase, and will take at least 2.5 years to build, so its unclear how long the new trip will take. If it succeeds it will likely be the first unmanned boat to make the crossing, though unmanned airplanes and underwater gliders have already made the trip.

All we know so far is that the mission will carry no pilgrims, or passengers of any kind. The ship will be solar-powered, and will be a roving science laboratory, taking data and doing experiments on the high seas, in some cases utilizing drones stored on board.

The cost is estimated to be in the multi-million dollar range, and funds are still being raised for the project. We can only hope that its crossing is smooth sailing–unlike another solar-powered venture that ran into trouble earlier this year.