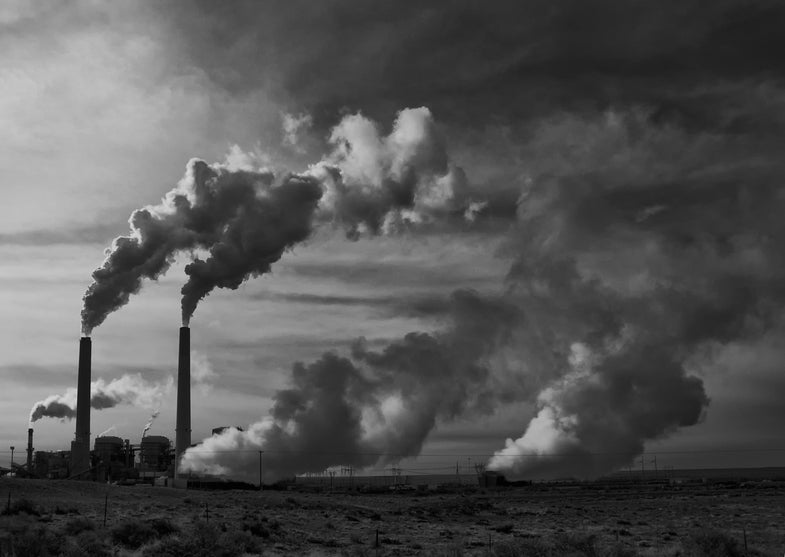 The Supreme Court voted 5-4 to issue a temporary stay on President Obama’s Clean Power Plan. The move blocks the plan’s implementation until a lower court can hear objections to the plan in June.

The Clean Power Plan, introduced last August, set goals for states to cut the amount of carbon emitted from power plants. The EPA directive asked states to come up with their own plans to meet their targets, whether that meant increasing reliance on renewable energy sources like solar and wind, or adding technology to coal-fired plants that could scrub carbon out of smokestack emissions.

Initial plans from the states needed to be submitted by September 2016, but states could request an extension of two years to finalize their plans, making their actual due date 2018. Then, states would have an additional four years to actually put those plans into action, with a deadline of 2022. States wouldn’t be required to actually meet their goal until 2030, 14 years from now.

Apparently, that still wasn’t enough time for the 26 states who asked for the stay. Led by states with a heavy reliance on coal, and backed by utility and coal companies who are reluctant to change their current operating procedures, the objectors focused on the potentially high costs of implementing the plan and the need for job security in coal-producing states, and cast the plan as an overreach of power from the executive branch.

Eighteen states plus the District of Columbia, and the cities of South Miami, New York, Boulder, Philadelphia, Chicago, and Broward County, Florida asked for the court to reject the stay, but they lost their case. Alaska, Idaho, Pennsylvania, North Dakota and Tennessee didn’t sign on to either side. North Carolina didn’t officially join either suit, but the North Carolina Department of Environmental Quality joined the 26 other states asking for the stay.

Given Obama’s championing of climate change causes, it’s unsurprising that the White House “remains confident” that the plan will ultimately prevail.

Change is hard. But the effects of climate change will be even more difficult to wrestle with.

Sea level rise threatens major cities around the world, including Miami and New York City, and is on the verge of wiping out entire countries, like Kiribati, The Marshall Islands, and Micronesia. Climate change is also a risk to the United States’ national security, opening up new areas to conflict, and threatening military infrastructure and installations around the world.

Now, we’ll have to wait for the courts to decide whether or not to uphold the Clean Power Plan. If they don’t, then it’s back to square one, leaving it up to individual states to make changes, or hoping that Congress can pass legislation that will mimic the Clean Power Plan.