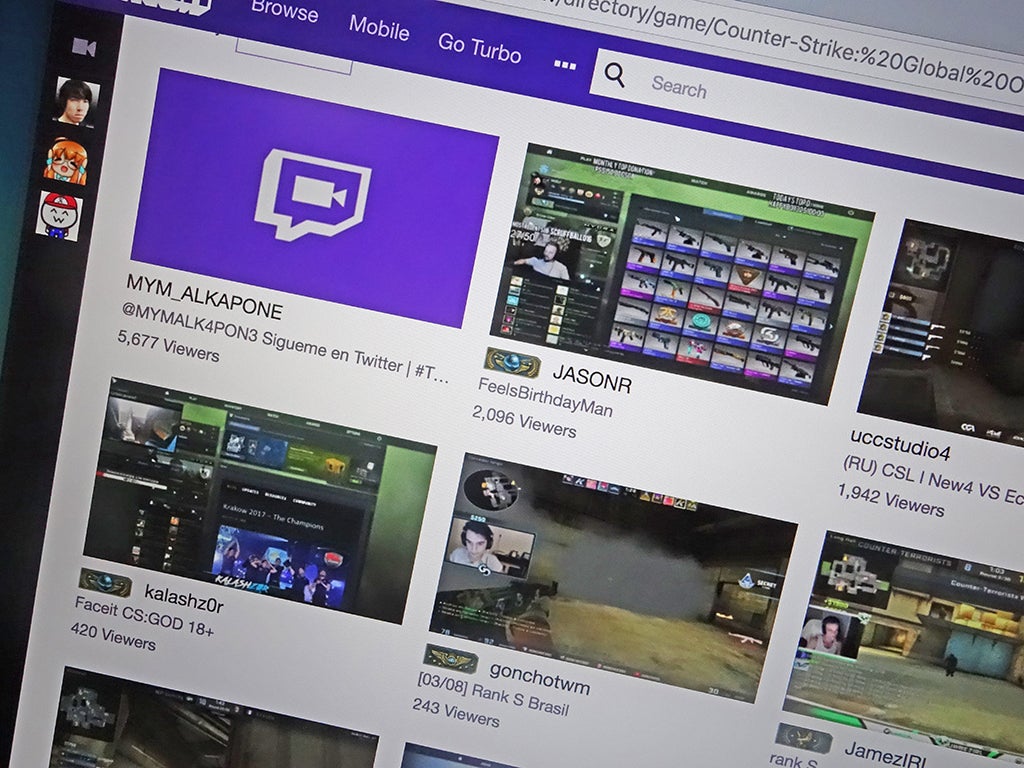 Live video game streams attract hundreds of thousands of viewers, drawn in by the skill and personality of the presenters, the quality of the games, or both. Anyone can dive in and start hosting their own stream, but if you want to draw a dedicated audience, you’ll have to stand out from the competition. For that, you’ll want to choose your streaming setup carefully.

If you’ve yet to dip your toe into livestreaming, you’ll need to decide on a platform, and we’re looking at three of the biggest here: Twitch, YouTube, and Mixer. As far as the mechanics of uploading goes, you won’t find many major differences—all three are equally capable of hosting your stream and enabling other people to tune in.

Amazon-owned Twitch has clearly claimed the most market share, but that may not matter to you, and you’re going to have to start from zero on whichever platform you pick. Also, you can’t start earning money on Twitch until the Twitch team takes notice and invites you to be a partner. On Mixer and YouTube, though, you can monetize your streams once you hit 750 followers or 10,000 views, respectively.

Your choice might come down to the machine you play on—the brand of computer, console, or phone you use could determine the best platform for you. For example, YouTube works seamlessly with Android and the Google Stadia cloud gaming platform, but isn’t available on the Xbox One. Mixer, on the other hand, works best with Microsoft’s own Windows and Xbox One platforms, but isn’t an option on the PlayStation. Twitch, meanwhile, lets you jump between any devices you like.

All this means what’s best for one user won’t work as well for another. No matter which platform you land on and whether you prefer to play on a computer, console, or phone, we’ve selected our favorite live-streaming hardware and software to give you the best setup possible. Here are our recommendations.

Livestream from a computer

None of the big players specify minimum PC specs for broadcasting games, but if you have a computer that’s capable of playing the latest titles, it should be able to stream them as well—though doing so will require a touch more processing power.

Streaming also requires an internet connection with a decent upload speed. For the best quality, somewhere in the region of 3Mbps is really the minimum. If you’re not sure of the upload speeds your internet service provider gives you, head to Speedtest to find out.

In addition to your actual computer, you will also need equipment that lets you broadcast your face and commentary (if you want to add them to the mix) and encoding software that can capture the action and send it to Twitch, YouTube, or Mixer.

Let’s start with the hardware. Your computer’s existing webcam may provide a perfectly satisfactory video and audio feed—it really depends on how good your machine already is. So, before investing in equipment, you should run a few tests to check the quality of your built-in option. That said, many professional livestreamers configure separate webcams and microphones.

For webcams, the Logitech HD Pro C920 has earned rave gamer reviews, thanks to its sharp video quality and ability to handle low-light conditions well. There’s no doubt Logitech is a safe bet if you need an external webcam, and the C920 is one of best in the Logitech range, even if it’s a little expensive.

As for separate microphones, you should consider the Blue Yeti if you want crystal-clear audio commentary for your feed. It offers four modes of operation, including a cardioid mode for gaming that isolates the audio coming from someone directly in front of the mic—i.e. you. As an alternative, the Razer Seiren X will also give you crystal-clear audio in a sleek package.

Not everyone needs a desk microphone, though. Depending on how much space and money you’ve got to spare, a headset might suit you better. Gamers recommend both the SteelSeries Arctis 7 and the HyperX Cloud Flight for the quality of both the audio they capture and the sound they pump into your ears. With these gaming headsets, not only will your commentary sound great, but you’ll also be better able to hear your enemies sneaking up on you.

Before we finish talking about hardware, consider the Elgato Stream Deck if you’re serious about your streaming. It’s essentially a box of keyboard shortcuts you can customize to control your video and audio channels, switch between inputs, take screenshots, and more. It’s much easier to hit a button on the Stream Deck to launch a stream, for example, than trying to find the right option with a mouse.

Once you’ve made arrangements to put all your gear and games in place, you’ll need a broadcasting application. This app will capture the gaming stream as it happens and send it to Twitch, YouTube, or Mixer. In our opinion, the best and most flexible choice is OBS Studio, which you can install and use for free, though other decent apps are available. Once you start OBS Studio, you can choose Twitch, YouTube, or Mixer as your livestreaming platform of choice.

Another program worth mentioning is XSplit Gamecaster, which has a simpler interface than OBS Studio but not quite as many configuration options for multiple streams and multiple monitors, for instance. If you’re just starting out, you might find Gamecaster easier to handle.

Both Gamecaster and OBS Studio let you lay various elements over the top of the game feed itself, such as your webcam video or alerts from followers. With your broadcasting software set up, you’re ready to unleash your live streams on the world.

Livestream from a console

If you’re streaming from a console, you’ll have an easier time getting set up: Most of the hardware you’ll need comes built into the machine, so you won’t need to agonize over your choice of webcam or graphics card. Microsoft and Sony both know that many of their users will want to jump aboard the livestreaming bandwagon, so they’ve made it simple to connect through their respective interfaces.

That means it’s just a question of installing the Mixer or Twitch app (Xbox One), or the YouTube or Twitch app (PS4), signing in with your credentials, and hitting a button or two to broadcast your gameplay. The whole process is a lot simpler on a console, but you won’t get as much control over advanced features (like multiple video streams), so it depends what exactly you’re looking for from your livestreaming.

But that doesn’t mean upgrade options aren’t available. If you want to take more control over the way your stream looks or nab content from another console (such as the Nintendo Switch) with an HDMI output, you should invest in a capture card. The excellent Elgato HD60S sits between your console and your television, sending a separate feed from the console to your computer. There, OBS Studio or XSplit Gamecaster can process it for your audience. Alternatively, the AVerMedia Live Gamer Portable 2 Plus matches the Elgato box in many areas, including its support of 1080p streaming and USB 3.0.

Livestream from a smartphone

As with consoles, the hardware you’ll need to stream games from your phone comes attached to the device: The built-in selfie cam will record any reactions and commentary you might want to include. Simply download a free app on your smartphone to perform the video capture and streaming tasks.

Although you won’t go wrong with our recommendations, new products (PC components, consoles, microphones, webcams, and more) are constantly hitting the market. So if you want to keep upgrading your Twitch, YouTube, or Mixer setup, the opportunity is there. Once you have your devices and apps in place, all you’ll need are the gaming skills to set yourself apart from the crowd.