You Can Now Play Minecraft In Virtual Reality

On the Samsung Gear VR 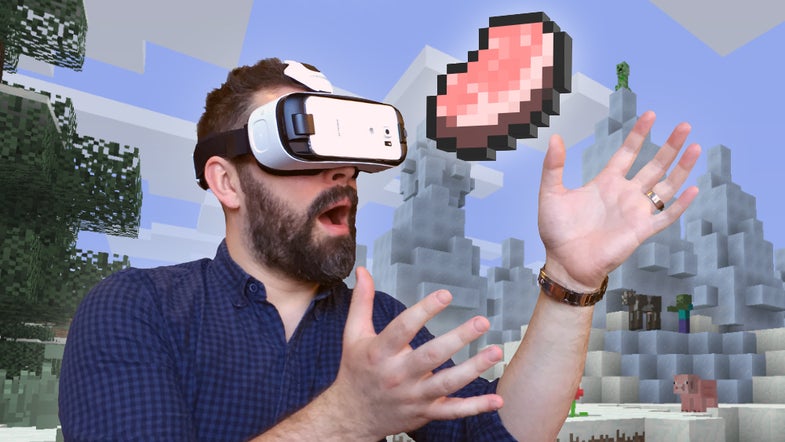 Be careful reading this post around any kids in your vicinity (or any constructive gamers, for that matter): as of today, it’s now possible to play the official version of Minecraft in virtual reality. We’ve seen a few half-baked VR versions of the popular pixellated open-world building game, but those were just projects that were hacked together as demos and proofs-of-concept. Now Mojang, the gaming studio that makes Minecraft and which was purchased by Microsoft for $2.5 billion in 2014, has unveiled a version of its hit title specifically designed to work on Samsung’s Gear VR headset.

Minecraft Gear VR Edition costs $6.99, the same as the Minecraft Pocket Edition mobile game for Android and iOS devices, according to Mojang. Except this version has been optimized to display correctly on the stereoscopic lenses of the Gear VR headset. Mojang says that a promised Oculus Rift version of its hit title is still on the way later this year. Curiously, there’s still no additional information regarding the availability of Minecraft for Microsoft’s own HoloLens augmented reality headset, demos of which Microsoft has been showing off for nearly a year at this point. But in the meantime, the Gear VR version is a good start on bringing one of the most popular modern video games into a whole new (virtual) world.