A Working iPhone Built In Minecraft

This may not make it to real-world Apple stores. 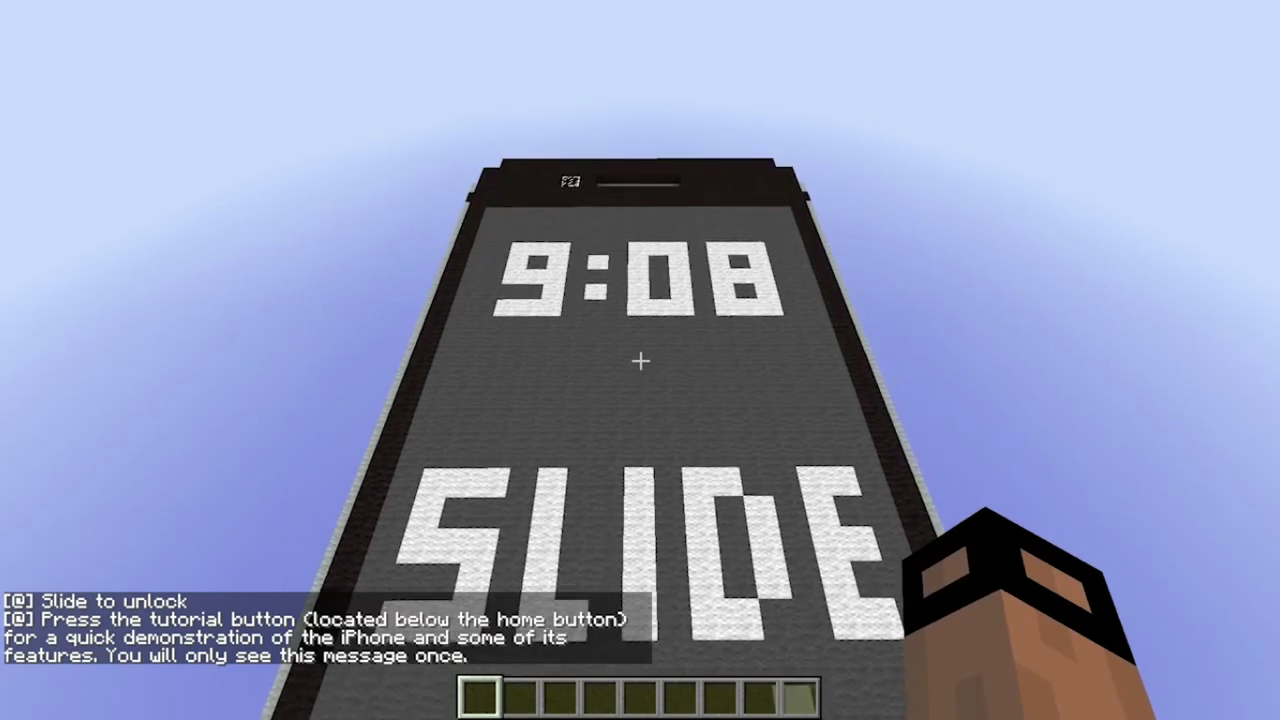 Minecraft has become home to any number of experiments in the can-do spirit, everything from a huge model of the U.S.S. Enterprise to working hard drives and computers. The latest venture, created by a German man, is a massive working iPhone, which you can interact with by jumping and running on a “touchscreen.” He’s given a lengthy walkthrough—literally—of the device in YouTube video, though keep in mind that it’s narrated in German.

Of course, calling it a “working” iPhone is overselling it, but the device that’s been built here does have a surprising amount of functionality. You won’t be using it to make phone calls any time soon, but it does have several apps, including a calendar, photos, a camera, and even YouTube. (And if your brain isn’t tied into knots at the idea of watching a YouTube video on your phone about a game in which someone built a phone with a YouTube app, then you are a better person than I.) There’s even an interactive painting app and a few games, including a slot machine and blackjack—the payouts, however, are on the meager side. Like the Minecraft hard drive, which stored only a paltry 4 kilobytes, an iPhone constructed out of pixelated blocks isn’t exactly the most useful of contraptions. Most of the apps are largely static constructions with the occasional “button” that can react by changing color when jumped upon. Of course, when you think about it, how is that much different from much of the software we all use on a daily basis? It’s largely a matter of scale.

Minecraft isn’t the first environment to provide this kind of experimentation, though it does have the advantage of being a highly visual medium and existing in the age of YouTube, where those creations can be thoroughly disseminated. A couple decades ago, my friends and I were building simple machines like this in MUSHes, multiplayer online text-based games that contained their own engines for interpreting in-game code.

The Minecraft iPhone isn’t about to replace your existing phone, though it does have a screen large enough to give the iPhone 6 Plus a run for its money—and the Minecraft iPhone probably won’t suffer from bending, since you can’t really fit it in your pocket anyway.