At least, you don't want online multiplayability shoehorned in. 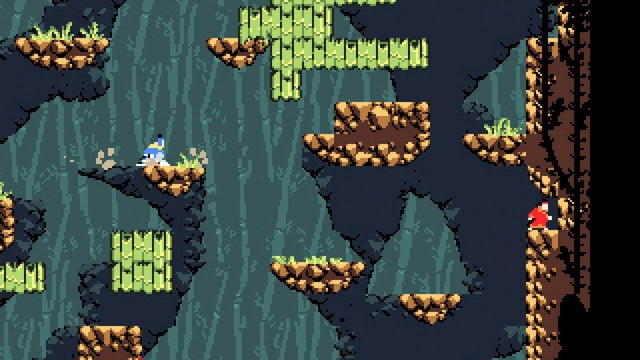 In the age of _Call of Duty _and _Halo _and every other massively popular videogame, an idea has formed: if you can’t play the game online, with the option to duke it out with or against friends or strangers, it’s missing a fundamental piece. If a game is released to consumers without the function, it’s suddenly cause for a demerit. Why, after all, _wouldn’t _you have that option? There’s no reason not to include it, right?

Well, no, not quite. In an excellent piece for _Polygon, _Bennett Foddy, creator of the amazing frustration-generation machine QWOP, lays out the case for creating a game that can only be played with friends sitting around in a living room. The idea is simple, genuine, and makes sense from a creative and technical standpoint.

The bane of every gamer is lag. Occasionally, you’ll be playing online, and suddenly the game will skip a few frames ahead. The information you’re getting is different from what someone else is getting, and the server is attempting to reconcile those two facts. He explains:

As Foddy points out, this is a function of computers failing to work in sync, and no amount of coding finesse can really “fix” the issue:

There are, however, some workarounds. Clever designers have attempted to get computers and game systems to pre-emptively predict lag and adjust what you see on your screen accordingly, or design a game from the ground-up to make it possible and pleasant for multiplayer action. The issue is, this simply doesn’t work for every game–games that require direct, fast-paced interaction between players can be ruined by lag. If designers don’t anticipate this from the day they start building the game, it can be in tatters by the time it’s released. There’s nothing inherently wrong with making a game with that in mind, but it shouldn’t required and expected of every game. That stifles creativity, and leads to an expectation that ultimately doesn’t help designers or players.

You can read the whole Foddy article here. Might change your mind about what you want from a game. You can also play another of his games, PoleRiders, right here.