How The Raspberry Pi Sparked A Maker Revolution 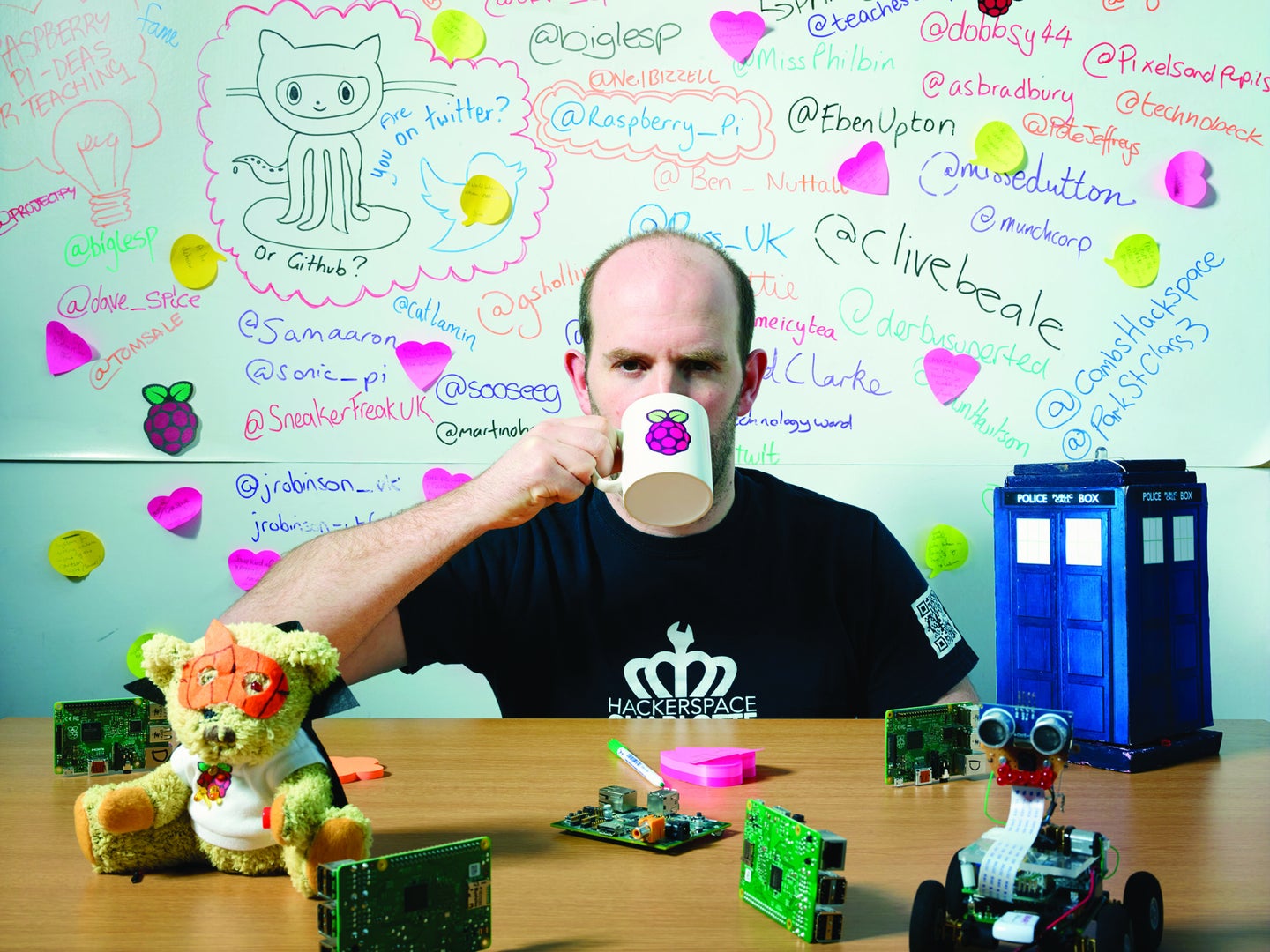 Three years ago, Eben Upton needed a cool gadget to lure students to his computer science program at the University of Cambridge. So he invented the Rasberry Pi. It has since become the cheapest hackable computer on the planet. He has sold five million (at $20 to $35 a pop), released a faster version this February, and become an icon of DIY culture. Now, as Microsoft prepares to launch a Pi-friendly version of Windows, Upton is bracing for a wave of new users. He recently spoke with Popular Science about hacking, education, and his tiny creation.

Popular Science: Why does the world need Raspberry Pi?

Eben Upton: We wanted to build something affordable and programmable and fun and robust that kids would want to have in their lives. You know, it sucks being a kid. You have no power. You basically do what other people tell you to do for 18 years. The nice thing about computer programming is you have this venue in which you have power. You have agency. You have the ability to take charge, be in control, and build the thing you want to build. And kids like that maybe their parents don’t understand it.

What makes it so kid-friendly?

Why didn’t this exist 10 years ago?

What types of things are people making with their Raspberry Pis?

This guy in the U.K. sends them [25 miles] up in balloons and takes big panoramic Earth photos. People attach them to telescopes to take space photos–we’ve seen amazing pictures of the moon. Someone’s built a cellular base station with a Raspberry Pi. I think it’s probably illegal to operate, outside of a sealed metal room, because most countries regulate who’s allowed to be a cellular operator.

You keep coming out with cheaper computers. Is your business plan just a race to the bottom?

You can do two things with Moore’s law: You can keep the price constant and add features, or you can keep the feature set constant and lower the price. Companies always like to do the former–they don’t want to have their revenues decline year after year. What we feel we’re doing is using Moore’s law to save people money. We’re going to make computing available to an entire swath of people who don’t feel they can justify spending a few hundred dollars on a PC and don’t need that level of performance anyway.

You and your dad edited the Oxford Rhyming Dictionary. What was that like?

Everyone should write a book with his dad. It’s fun. My dad is a linguist. So effectively, I wrote a computer program to produce the rough draft of the dictionary. And my dad took that and turned it into the final product. It was a joint effort; we couldn’t have done it without each other. His bit took him six months. My bit took me a couple of days. It’s a great dramatization of what’s great about computer programming–it’s a labor-saving activity. [Laughs]

This article was originally published in the June 2015 issue of Popular Science, under the title “How The Raspberry Pi Sparked A Maker Revolution.”