A new study helps explain why bear sightings are so common on hiking trails. 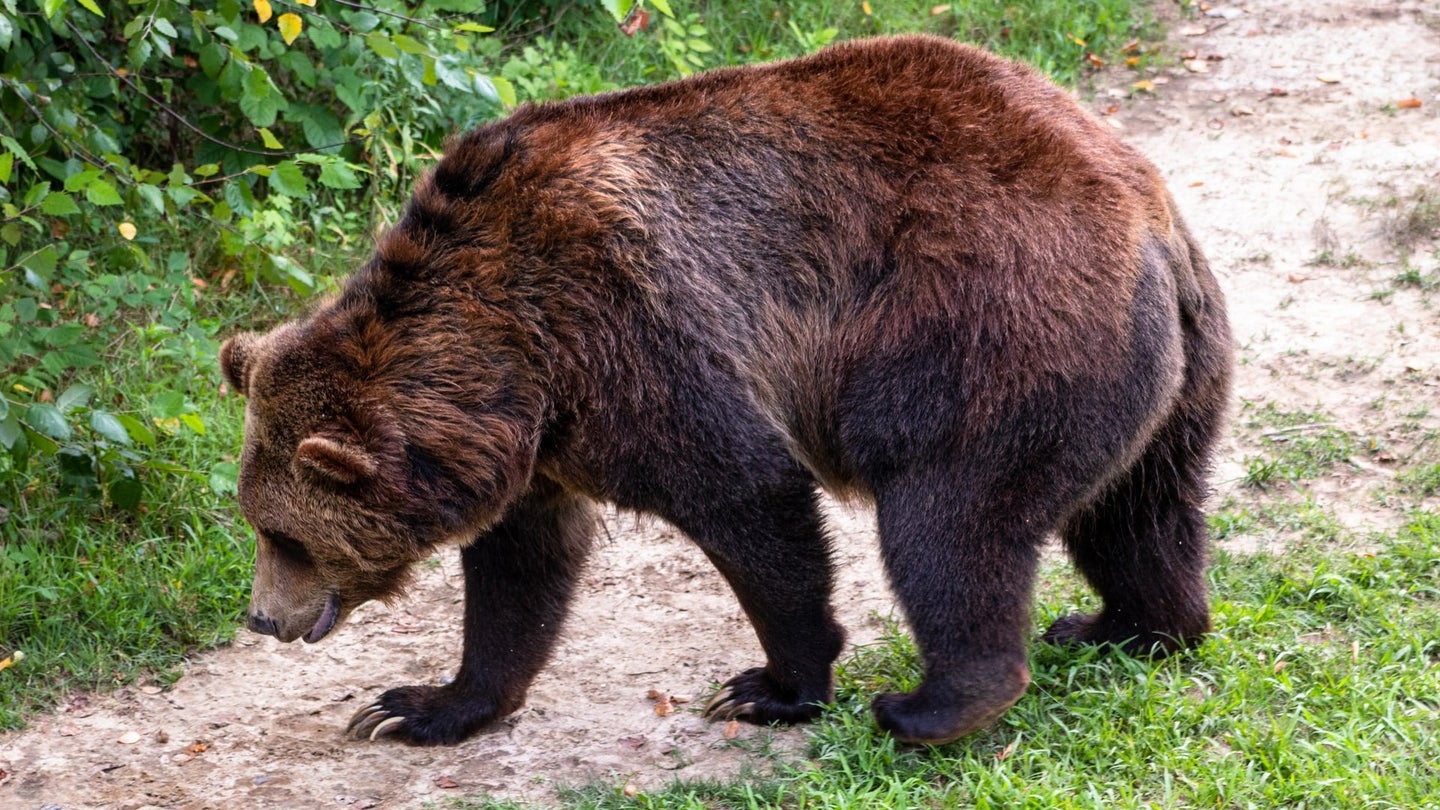 Grizzly bears can run really fast—but not for very long, and they seem to prefer not to. In fact, new research shows that bears are partial to the same kinds of hiking trails and walking speeds as humans, despite not being the most energy efficient for their ursine bodies.

Scientists trained nine captive grizzly bears to walk and run on a special treadmill (usually used for horses) placed in a custom, sealed enclosure of steel and plastic. The research team had individual bears walk for about 6 minutes each at varying speeds and gradients (i.e. inclines), keeping the animals motivated with a constant stream of apple slices. The sealed enclosure allowed the scientists to then measure how the bears’ oxygen consumption differed as they strolled on the exercise machine, giving a good measure of the animals’ metabolic rates.

The team found that the most energy efficient walking speed for the bears was about 4.2 kilometers per hour (or about 2.7 mph), despite GPS data from bears in the wild showing that grizzlies usually only travel at about 0.6 meters per second—or a little less than a mile and a half per hour, which is about how fast humans walk. The GPS data also showed that wild grizzlies mostly stuck to trails with gentler gradients, probably to conserve energy. The findings were published in the Journal of Experimental Biology.

Researchers also found that bears are pretty bad at maintaining high speeds. The paper states that their metabolic thresholds are low enough that they can be considered “non-athletic.” But given how powerful we all know bears to be, the authors also say that a more accurate label might be to call bears “sprinters” as opposed to “endurance runners.”

“Our study helps explain why bears would want to use the same types of terrain as us, so it shouldn’t be a surprise to see a bear walking on one of ‘our’ trails,” said lead author Anthony Carnahan in a statement.

[Related: How to survive a grizzly encounter]

Visitors to Yellowstone National Park reported more than 37,000 bear sightings between 1980 and 2005. This science sheds light on why bear sightings on hikes are as common as they are—and if grizzlies share human preferences for gentle hiking trails, those sightings are likely to continue. But hopefully research like this, the paper says, can help support management programs that take those inherent similarities between people and bears into account—for the safety of both species.