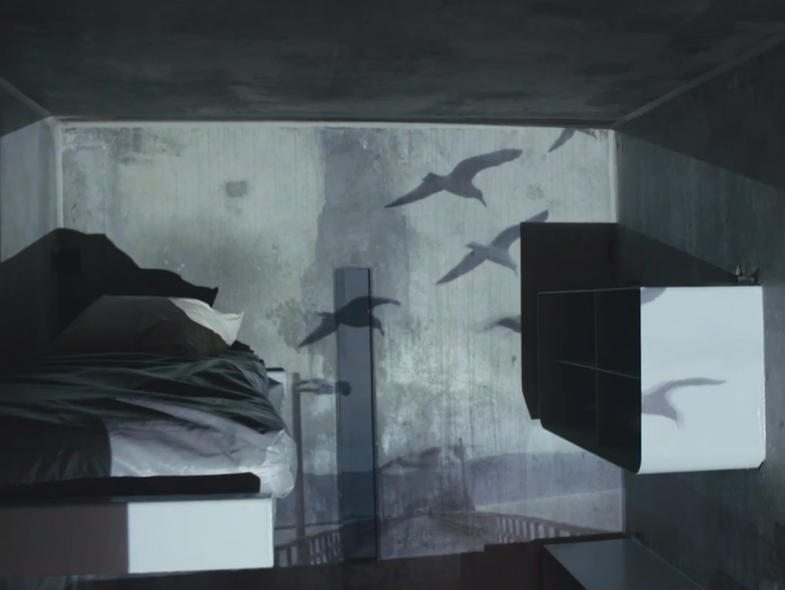 Imprisonment in America often means complete seclusion from nature. Take the case of the maximum security inmates at Snake River Correctional Institution in Oregon: they spend 23 hours a day locked in 7 X 12 foot concrete cells. The only windows face inside the unit. Four or five times a week they can spend an hour in an exercise yard that is about twenty times smaller than a basketball court. From the yard, prisoners can glimpse the sky—the only “nature” they ever see. And this is typical.

Of course, prisons weren’t designed for comfort, and one could argue that access to nature is one of many pleasures that convicted criminals forfeit. But mental illness is a growing problem in prisons, the impacts of which society at large bears when inmates are released. Solitary confinement (a staple of maximum security units) has been shown to cause mental health issues, or when preexisting, exacerbate them. And it turns out that isolation from other human beings might not be the only factor. Researchers in the field of ecopsychology believe that nature deprivation can also damage mental well-being.

That concept resonated with the administrators at Snake River who were struggling to address violence and suicide among their most troubled inmates. The superintendent of the prison, Mark Nooth, encouraged his staff to explore novel solutions.

In 2013, after consulting with a variety of experts, they created a library of 38 nature films that included ocean, forest, and river scenes. The films also included cloud fly-throughs, space images, and even a fireplace with burning logs. They installed a projector in one of the indoor exercise yards and painted the walls blue to improve resolution. Inmates were allowed to choose a nature video to watch during their usual recreation periods.

They called it the Nature Imagery Project, and it seems to be working.

Cellblock E of Snake River’s Intensive Management Unit is divided into two nearly identical sides. Forty-eight inmates on one side were given access to the videos; those on the other were not. A year into the project, the administrators brought in a team of psychologists to assess the results. The team compared the two groups of Cellblock E inmates, poring over their disciplinary records, observing their behavior, and running psychological tests.

The results were striking. Inmates who watched the nature videos experienced reduced aggression, distress, irritability, and nervousness. And overall they committed 26 percent fewer violent incidents than those who didn’t.

“A basic tenet of the field of ecopsychology is that we need nature for our well-being, physically and psychologically,” clinical psychotherapist and lead author Patricia Hasbach told Popular Science.

Nature deficit disorder is a term coined by author Richard Louv to describe the impacts, particularly on children, of spending less and less time outdoors. It’s fair to say that nowhere are humans more disconnected from the natural world than inside the maximum security unit of a prison. In recent years, numerous studies have suggested that exposure to nature, even just images, can improve mental well-being, lower stress hormones, and even speed up recovery after surgery.

Hasbach was impressed by the results at Snake River, especially the way correction officers had begun using the nature videos as a proactive intervention.

“They could see someone who was particularly agitated—maybe pacing or rocking or yelling out—and they could intervene early on,” she says. “It helped deescalate those stress behaviors before they could lead to violence.”

“It’s powerful for them to experience, even for a short time, a natural, therapeutic environment versus the usual four white walls of a prison cell,” she says.

While Smith acknowledges that some might view access to nature films as a luxury convicted criminals don’t deserve, she says that helping inmates regulate their emotions benefits everyone.

“We want to ensure that when they return to society and they’re your neighbor, they can practice the skills we’ve taught them and know what treatments they should access,” she says. “Hopefully they won’t return to prison and there will be less victims in the community.”

Snake River administrators were so pleased with the results of the Nature Imagery Project that they are expanding it to allow more prisoners to benefit. Hasbach and her colleagues believe that the project could serve as a model for prisons across the country. In fact, interested prison administrators in six other states have already contacted them. One even expressed interest in screening nature videos in break rooms to help reduce stress among staff members.

Hasbach will present the findings tomorrow at the annual Convention of the American Psychological Association in Denver, Colorado.