A new study reveals the risks, regulations, and limited resources that hold back plans for prescribed blazes. 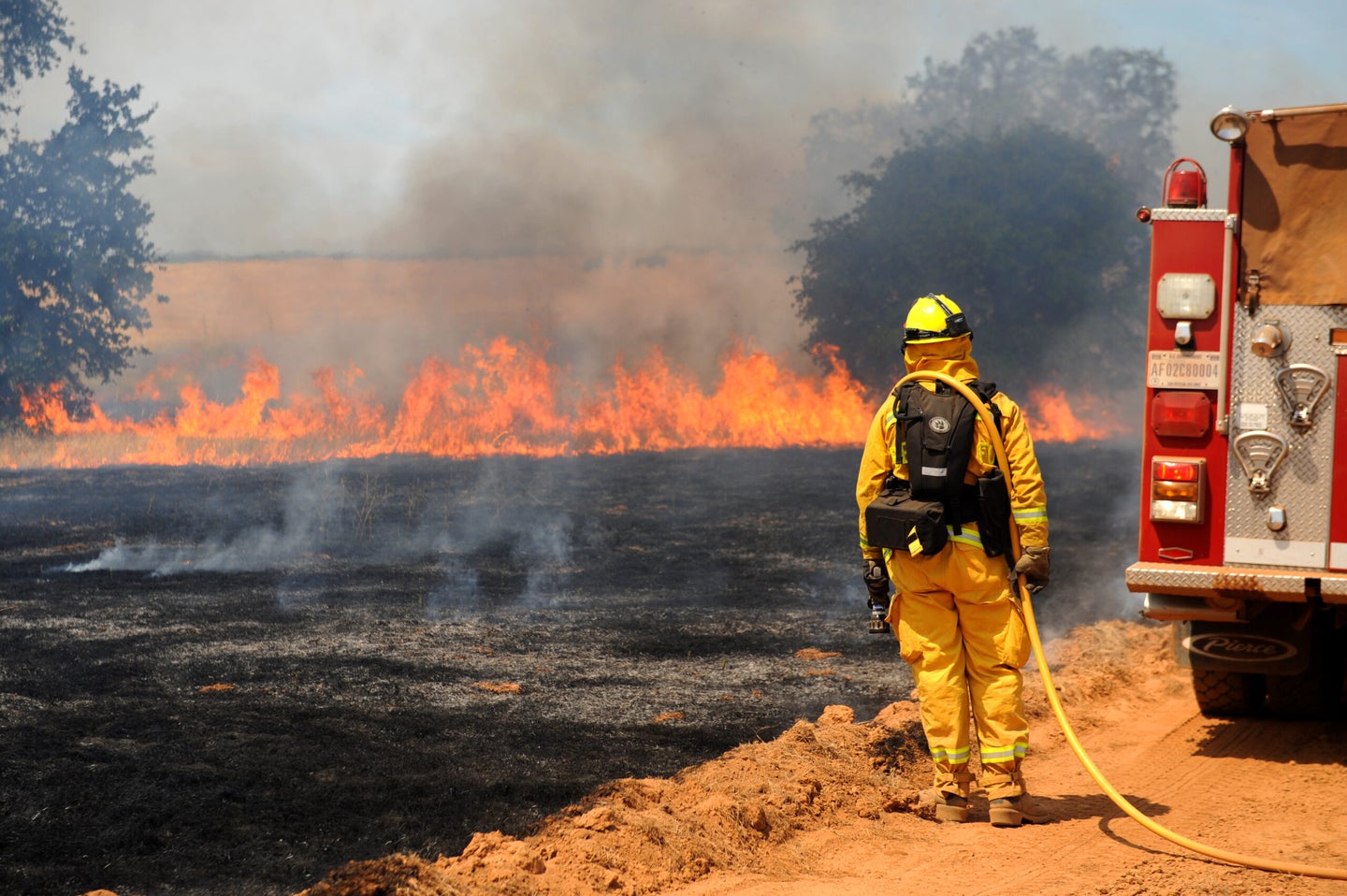 Decades of fire suppression combined with the warmer and drier conditions of climate change have left California ripe for catastrophic blazes. While 2019 saw relatively few acres burned compared to the previous two years—which brought the most destructive wildfires in the state’s history—the threat of hazardous flames and smoke is still out there.

From the 1930s to the 1970s, the Forest Service put out all fires on its lands, and state agencies followed suit in this fire suppression policy. But then, officials realized that extinguishing every ember had left mountains covered with leaf litter, twigs, and dense stands of trees—all of which enable fires to grow large and hot, clawing their way from the ground and into canopies. Many of the ecosystems had evolved to withstand and benefit from the occasional fire, which opened up more space for sunlight to reach the forest floor, brought nutrients to the soil, and reduced incidents of disease and pests.

That’s why the officials in California and the West have been trying to return the forest to a more natural state, using a combination of methods including thinning trees and controlled fires. But a study published Monday in Nature Sustainability shows that we still aren’t burning enough land to undo the decades of built up fuel—and that’s due to a combination of risks, regulations, and limited resources.

“20 million acres would benefit from having some combination of prescribed burns, mechanical thinning, or managed wildfire,” says Rebecca Miller, environmental scientist at Stanford University. “There is no ‘no-fire’ solution in California.”

After the 2017 and 2018 fire seasons, Miller became curious about the barriers to using prescribed burns and other preventative management. Even though the benefits of bringing back fires had been known for decades (here is a Forest Service video on the topic that appears to be from the early 90s), California has been slow to widely adopt these tools.

To investigate, Miller and her team interviewed 45 government employees, state legislators, nonprofit representatives, and academics. They also reviewed prescribed burn permits that are submitted to the California Air Resources Board, and searched bills related to wildfire, thinning, and prescribed burns between the 1999-2000 and 2017-2018 state legislative sessions.

The results reveal the obstacles to performing the necessary prescribed burns. From 2013 to 2018, the total acres that were planned for burning doubled, but only about half of those acres were actually ignited. In 2018, 17,933 acres were burned—a small fraction of the massive fuel loads piled up in California’s forests.

Both government officials and private landowners feared the repercussions of a prescribed fire that escapes its boundaries. It’s a rare occurrence (the study found less than 2 percent escape), but often the burner faces harsh punishment. Federal and state forest staff also explained to Miller that they still have to overcome negative public opinions around burning. Although, as Miller notes in the study, recent research suggests that the public has started to embrace the idea. “I think that there may be a bit of a disconnect between how well we think we understand public perceptions and the reality of public perceptions.”

Miller also found that regulations presented a challenge for forest management. Those conducting a prescribed burn need approval of local and state air quality officials, and they also need to prepare an environmental impact review. Local air boards set “burn windows” for when they allow the practice, and they can stop a burn if they fear the smoke will harm air quality. And environmental reports are expensive and time-consuming; government employees told Miller that sometimes their contract for treatment expired before these documents were approved.

Staffing and money are yet another barrier. Money for fire prevention has historically come from the same budget as fire suppression, leaving little for the preventative measures, federal employees noted. In addition, state and private landowners said they had limited access to burn crews and training. “Many CAL FIRE crews are seasonal rather than full-time employees hired during the worst wildfire months rather than the best prescribed burn months,” writes Miller in the study.

“I think it’s a very good study that swarms the problem from multiple angles,” says Malcolm North, fire ecologist for the Forest Service and the University of California, Davis, who was an anonymous reviewer of the study. “There has to be support in the agencies for making the tough choice to proactively use fire.” North adds two regulatory changes that can help: exempting prescribed and managed fires from air quality regulations, and reducing the insurance liability for escaped fires to gross negligence to limit concerns about getting sued.

There’s already some change on the smoky horizon. For private landowners, California now offers a training and certification program for prescribed burning; the certification removes financial liability for burns that escape. Former Governor Jerry Brown signed an executive order in 2018 that included support for more education and outreach on fire management. And the just-launched California Vegetation Treatment Program is working to streamline the environmental review process for thinning and burning.

There’s more to be done, of course. Miller notes that right now emissions from wildfires aren’t counted in state inventories, while those from prescribed burns are. “So we give ourselves a pass when it comes to our emissions regulations for wildfires, but we don’t for prescribed fires,” says Miller. “if we were to incorporate wildfire emissions into our overall count, then we might see more interest in doing prescribed burns because their smoke conditions are so much lower.” As one study found, wildfires are a much greater source of air pollution than prescribed burns.

The biggest takeaway for Miller is that we need to be thinking about this management all the time—not just when catastrophic fires are raging across the state. “It should be something that legislators are thinking about every day,” says Miller. “I hope that the findings will help policymakers at these different levels identify the barriers and opportunities to expanding fuel treatment use, particularly prescribed burns.”