This sound illusion puts the scary in scary movies

Weird undertones aren’t for the faint of heart. 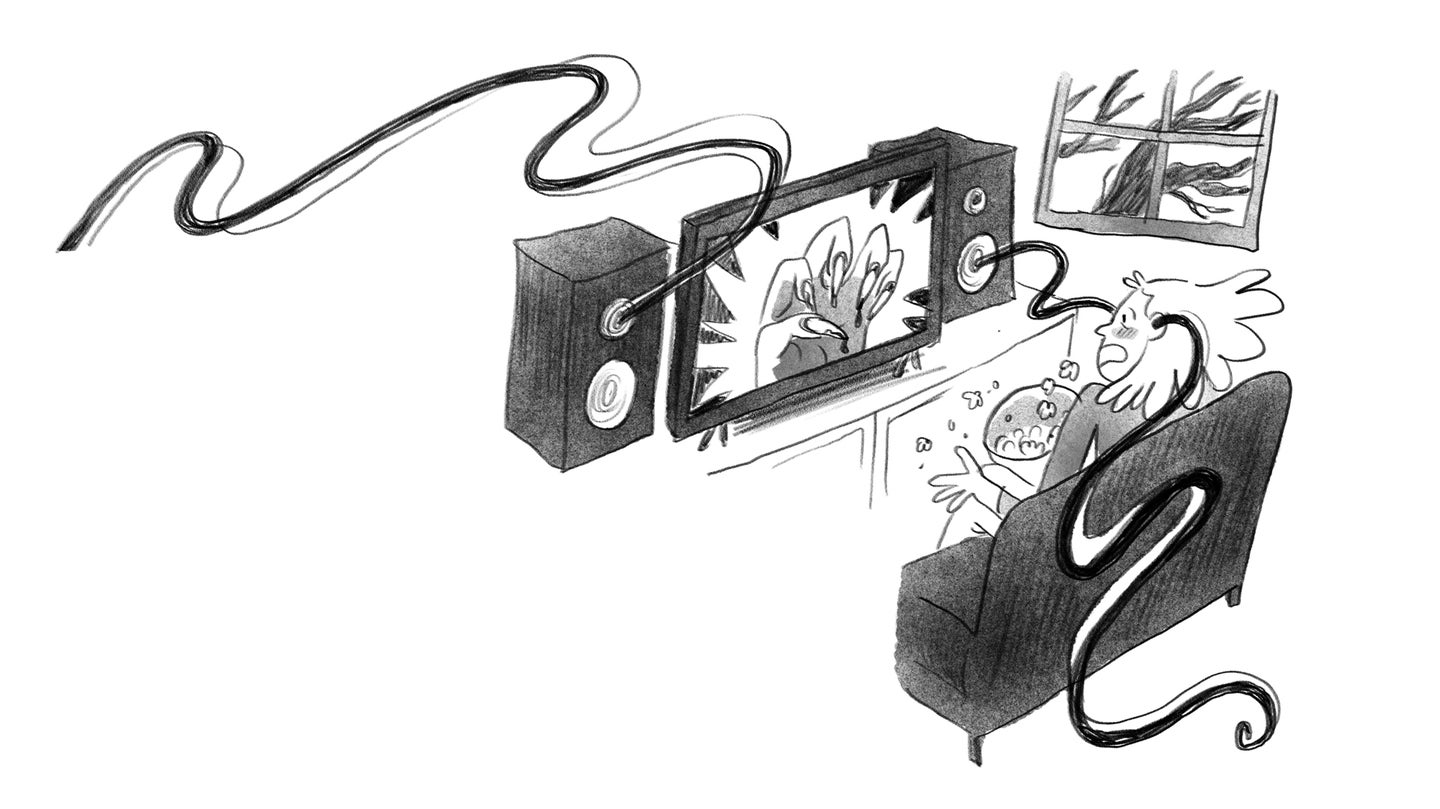 Rebecca Mursic is a Ph.D. student in Psychology at the University of Wollongong, Australia. Here’s her tale from the field as told to Sara Chodosh.

The Shepard scale is a set of tones each separated by an octave. When played continuously, with the notes either ascending or descending in pitch, the progressions make the sounds seem as if they are rising—or dropping—­endlessly. Director Christopher Nolan has used them to build suspense in many of his films, from The Dark Knight to Dunkirk.

I began researching this illusion after seeing curious reports on a website dedicated to the phenomenon. People described feelings of falling, particularly after listening to the ­Shepard-​­Risset glissando—a smooth, gliding variation. I wanted to know how music could induce false feelings of movement.

When I played the scale to participants in my experiments, I found a range of reactions. In some folks, the stimulus induced motion ­sickness—​­nausea and disrupted balance—and a mix of emotional disturbances. Most people became nervous and agitated, but a few felt relaxed. One person likened the experience to morphine; another felt extreme anger. Once, after a long day of testing—­using a surround-sound speaker array—I too fell victim to the unsettling effects. Now I plug my ears before I unleash the tones.