Paving the way for bionic humans 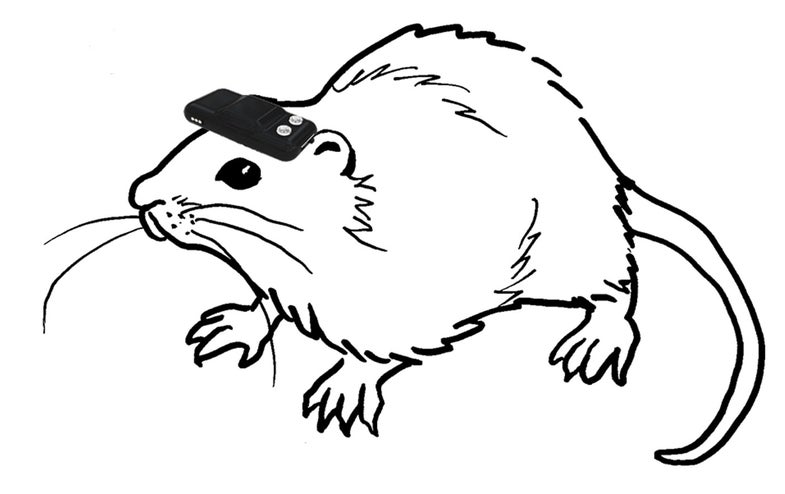 Some animals–such as pigeons–come with built-in compasses. Others, it seems, can be retrofitted. Researchers in Japan have managed to wire digital compasses, like the one in your smartphone, to the brains of blind rats. The rats learned to use the compass to find treats in a maze nearly as well as rats who could see.

Vision is really important to cultivating a sense of where your body is within the surrounding environment. Without it, blind people can have a tough time learning their way around a new space. Neuroscientist Yuji Ikegaya and pharmacologist Hiroaki Norimoto wanted to know if a geomagnetic signal could fill in for lost sight. So they sutured shut the eyes of 11 rats, and used microelectrodes to plug tiny digital compasses into their brains’ visual cortices. The electrodes sent electrical pulses to the rats’ neurons when their heads pointed north and south. Then the scientists set the bionic rats loose in a maze.

The maze was shaped like a T. The rat was dropped into the longer branch of the T, and the tasty treat was always placed in the branch that faced east–so depending on the rotation of the maze, the rats would sometimes have to turn left to find the treat, and sometimes right. Sighted rats could determine which way was east using markers in the room surrounding the maze. At first they chose the correct branch of the maze 50 percent of the time–basically, just getting lucky–but within 5 to 7 days, they chose correctly on the first try 80 to 90 percent of the time.

Blind rats without the digital implants never achieved more than a 50 percent chance of guessing the correct branch.

By comparison, the bionic rats managed to find their way around nearly as well as the sighted rats. By their fourth day of training, bionic rats chose the correct branch 82 percent of the time, and by Day 9 their success was near 90 percent.

The results held when the researchers put the rats in a more complicated, five-armed maze. Even after the researchers turned off the signals from the digital compasses, the bionic rats managed to find their way around, indicating they had used the compass to form a sort of mental map of the maze.

Similar neuroprostheses could one day help blind humans to navigate the world as well, the researchers say. They could also expand the senses of sighted people as well, giving us the ability to see ultraviolent radiation, infrared waves, and more.

“Perhaps you do not yet make full use of your brain,” said Ikegaya in a press release. “The limitation does not come from your lack of effort, but it does come from the poor sensory organs of your body. The real sensory world must be much more ‘colorful’ than what you are currently experiencing.”