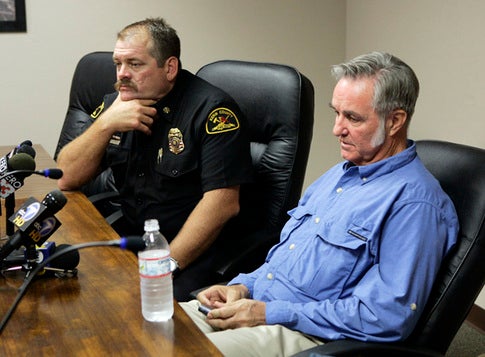 Scaled is currently developing SpaceShipTwo for Richard Branson’s Virgin Galactic. It’s an up-scaled version of the aerospace firm’s SpaceShipOne, which in 2004 won the X Prize for the first successful privately funded suborbital spaceflight.

Rutan told reporters yesterday evening that the explosion occurred not during a rocket test launch, but during testing of rocket motor components, including an injector, through which nitrous oxide was flowing under pressure at room temperature.

“We were doing a test we believe was safe. We don’t know why it exploded. We just don’t know,” the Associated Press’ Alicia Chang reported Rutan as saying.

Like SpaceShipOne, SpaceShipTwo will be powered by a hybrid solid-fuel-and-liquid-oxidizer rocket motor. SpaceShipOne’s fuel, and likely SpaceShipTwo’s as well, was synthetic rubber. Both ships use nitrous oxide as the oxidizer–required because rocket engines burn too rapidly to use atmospheric oxygen for sustained combustion. Rutan and his team chose this design over purely liquid or solid fueled motors because of its relative safety. The fuel and oxidizer are generally considered safe to handle, and the rocket can easily be shut down in flight in the event of a problem.

Still, any space program, public or private, is inherently risky. “An unfortunate truth is that spaceflight, particularly human spaceflight, is hard,” Eric Anderson, CEO of space tourism company Space Adventures told attendees at the NewSpace 2007 conference in Washington just last week. “It’s not an easy industry, and we cannot kid ourselves about that.”

Virgin hopes to launch paying space travelers into space by 2009, charging them $200,000 each for the flight. SpaceShipTwo is due to be unveiled by Scaled this fall.

How this will affect Scaled/Virgin’s plans is at the moment unclear—as are details about the incident, how it happened, and (see update below) at the small, tightly knit company.

But these three deaths constitute the first lives claimed by the nascent space tourism industry, and the explosion is going to make it considerably harder for those advocating the ventures around the world to convince an already deeply skeptical populace that the flights will be reliable and safe.  -Eric Adams and Michael Belfiore

UPDATE (1:05 PM EST): The deceased have been identified as 38-year-old Eric Blackwell of Randsburg, 45-year-old Charles May of Mojave, and 33-year-old Todd Ivens of Tehachapi. Their roles at Scaled Composites are currently unknown.