Strange Signals Are Coming From Space, And Repeating 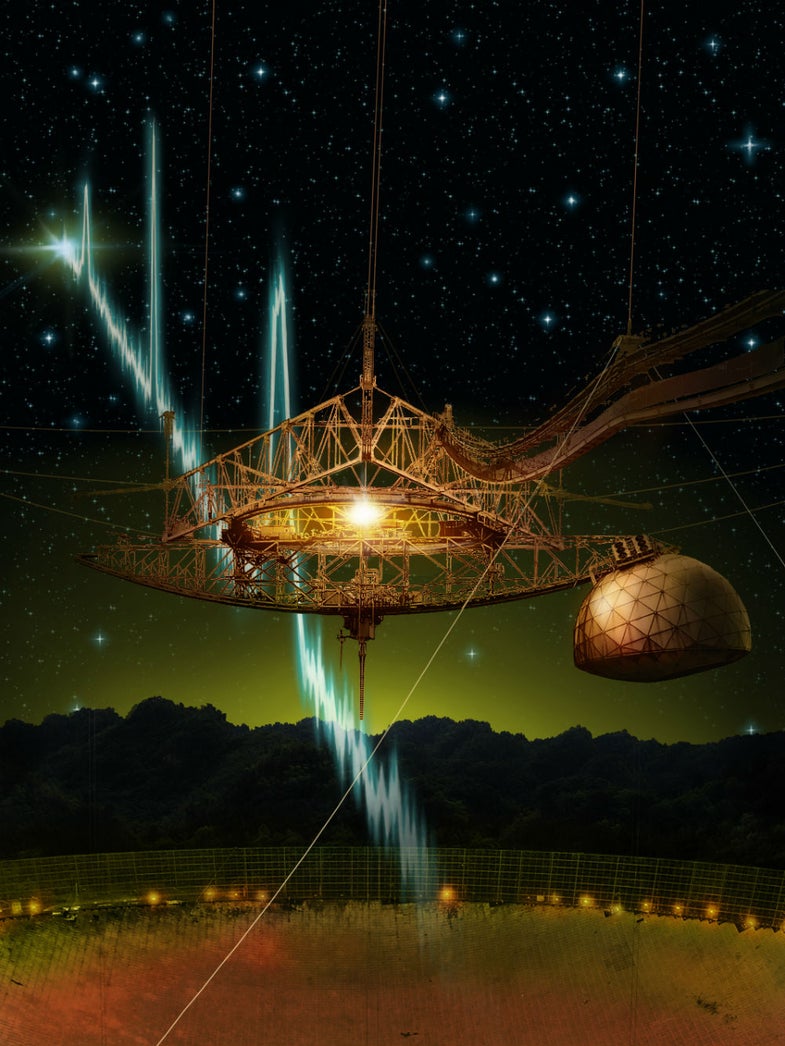 Of all the weirdness in the universe, fast radio bursts (FRBs) are among the weirdest. Sure, possible (probably not) alien megastructures might beat them in an astrophysical brawl, but FRBs are really strange.

How strange are they? Well, they are intense bursts of radio waves only last for an instant (thousandths of a second), only 20 of them have ever been noticed, and we’ve only potentially pinpointed the galaxy of origin for one of those 20 or so FRBs. Adding to their mysterious allure, that last location is currently a hot topic of debate. We basically have no idea what they are, or where they come from. For a long time, scientists thought they might be caused by explosions or collisions of distant stars.

Then, one of the FRBs got put on repeat. Usually, an FRB only happens once, a single burst coming from an unknown part of the sky, but in a paper published this week in Nature researchers found a repeating sequence of a total of 10 FRBs.

“Not only did these bursts repeat, but their brightness and spectra also differ from those of other FRBs,” Laura Spitler, first author of the new paper said.

So now, instead of just one strange category of weird radio signals, astronomers have a totally new category to deal with. There is some speculation that instead of being caused by an explosion or other cataclysm, this repeating FRB was caused by a rotating neutron star, but we won’t know until we get more information.

“Once we have precisely localized the repeater’s position on the sky, we will be able to compare observations from optical and X-ray telescopes and see if there is a galaxy there,” Jason Hessels a corresponding author of the paper said. “Finding the host galaxy of this source is critical to understanding its properties.”

Luckily, researchers looking into this topic will soon get an assist from three new, massive radio telescopes that will begin operation in the next year. Hopefully, the new instruments will be able to provide answers in addition to raising questions.