The newest Landsat satellite will help track the effects of the climate crisis. 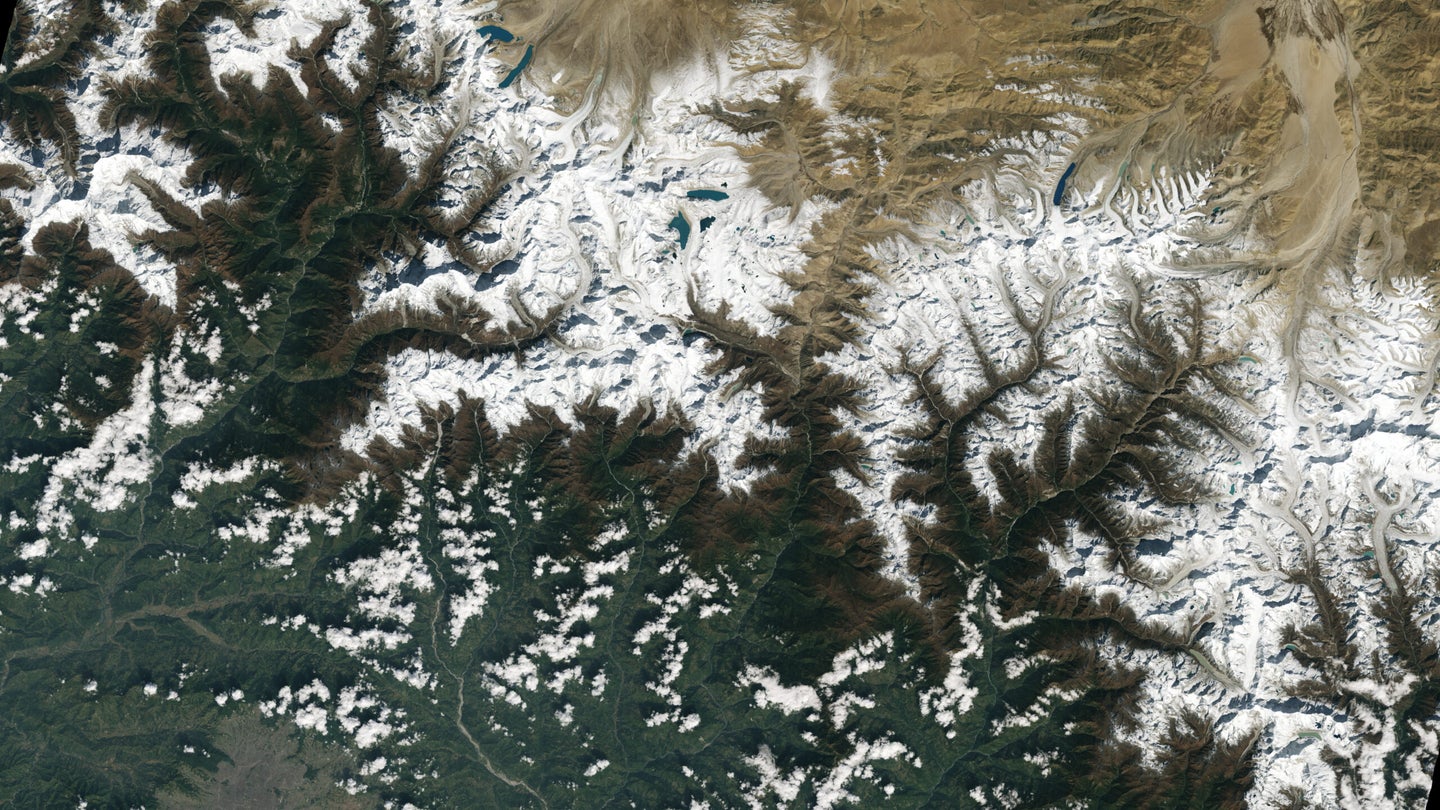 The city of Kathmandu, Nepal, seen at the bottom left of this Landsat 9 image, lies in a valley south of the Himalayan Mountains between Nepal and China. Glaciers, and the lakes formed by glacial meltwater, are visible in the top middle of this image. Previous studies with Landsat have documented shrinkage of Himalayan glaciers, as well as changing lake levels the adjacent Tibetan plateau. NASA
SHARE

In September 2021, NASA and the U.S. Geological Survey (USGS) jointly launched Landsat 9, a cutting-edge Earth observation satellite, for a five-year mission. On Friday the agencies released its very first photos of our planet, which it collected while traveling around 16,760 miles per hour some 438 miles above Earth.

The orbiter’s first images show a smattering of Earth’s changing landscapes: the sediment-swirled Great Lakes near Detroit, Michigan; the mangrove-dotted inlets and bays of the northwest coast of Australia; the shifting beaches and cities of the Florida Panhandle; drought-prone swaths of the Navajo Nation in the Western US; and the melting glaciers of the Asian Himalayas.

With nearly half a century of data collection behind it, the Landsat program—which actually includes the work of just eight orbiters, as Landsat 6 failed to launch in 1993—aims to aid in the management of natural resources and help understand and mitigate the effects of climate change.

“Landsat 9’s first images capture critical observations about our changing planet and will advance this joint mission of NASA and the U.S. Geological Survey that provides critical data about Earth’s landscapes and coastlines seen from space,” NASA Administrator Bill Nelson said in a statement. “NASA will continue to work with USGS to strengthen and improve accessibility to Landsat data so decision makers in America—and around the world—better understand the devastation of the climate crisis, manage agricultural practices, preserve precious resources, and respond more effectively to natural disasters.”

[Related: These six photos were snapped by satellites. Can you figure out where?]

The new orbiter is currently in the midst of a 100-day trial period so NASA can test its systems and calibrate its instruments. Once those quality controls are complete, NASA will hand control of the satellite over to USGS. Landsat’s planned mission has a duration of just five years, but it has the fuel to continue for an additional decade beyond that if it continues to function. Indeed, Landsat 7, which launched in 1999 with a planned mission of five years, is still operating today. Once Landsat 9 passes all of its checks, it will take over Landsat 7’s orbit, and the older spacecraft will officially be decommissioned. NASA hopes to refuel Landsat 7 once it lowers its orbit—not to keep the satellite going, but to ensure it has enough gas to be safely eased out of space for good.

Landsat 9 will work in tandem with Landsat 8, which has enough gas to last for another couple of years. Each satellite will collect some 750 distinct images of Earth daily, imaging the entire planet every eight days.

Landsat 9’s Operational Land Imager can capture visible, near-infrared and shortwave-infrared light in nine wavelengths. Meanwhile, its Thermal Infrared Sensor will measure Earth’s surface temperature fluctuations by detecting two wavelengths of thermal radiation. In addition to transmitting images with higher resolution than its predecessors, Landsat 9 can see a greater number of colors to help showcase subtle changes in terrain: more than 16,000 shades of a given wavelength color compared to Landsat 7’s 256.

“The incredible first pictures from the Landsat 9 satellite are a glimpse into the data that will help us make science-based decisions on key issues including water use, wildfire impacts, coral reef degradation, glacier and ice-shelf retreat, and tropical deforestation,” USGS Acting Director David Applegate said in a statement. “This historic moment is the culmination of our long partnership with NASA on Landsat 9’s development, launch and initial operations, which will better support environmental sustainability, climate change resiliency, and economic growth—all while expanding an unparalleled record of Earth’s changing landscapes.”