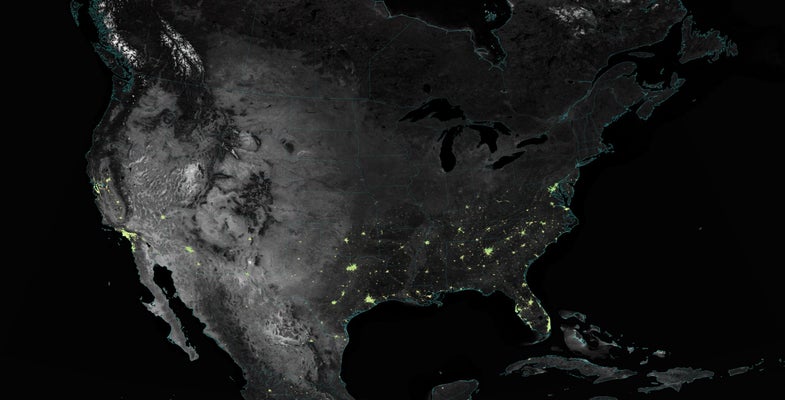 You can see the results of the analysis in these images, which researchers created after analyzing light data from Suomi NPP, a weather satellite run by NASA and the U.S.’ National Oceanographic and Atmospheric Administration. In the images in the gallery below, green dots mark places that have more intense nighttime light between Thanksgiving and New Year’s Day, compared to the rest of the year. Yellow dots mark places where nighttime light intensity is about the same in December as it is at other times. The rare red dots mark places where it’s darker at night in December.

Of course, Americans aren’t the only ones to celebrate holidays by using more electricity. Suomi NPP data also show that cities in the Middle East light up for the months of Ramadan. Some cities become more than 50 percent brighter than they would be normally.

The U.S. light data come from about 1:30 am every day, when Suomi NPP flies over the U.S. Suomi NPP carries a special low-light sensor in its Visible Infrared Imaging Radiometer Suite, which helps it detect nighttime light “tens to hundreds of times better than previous satellites,” NASA reports. Besides human-made streetlights, the sensor also captures auroras, wildfires, and reflected moonlight. To perform their holiday light analysis, researchers use algorithms to filter out moonlight, clouds, and reflective particles in the air. They also only analyze cities that don’t have snow because snow is so reflective, it would be difficult to tell how much brightness comes from increased light use and how much from the snow. 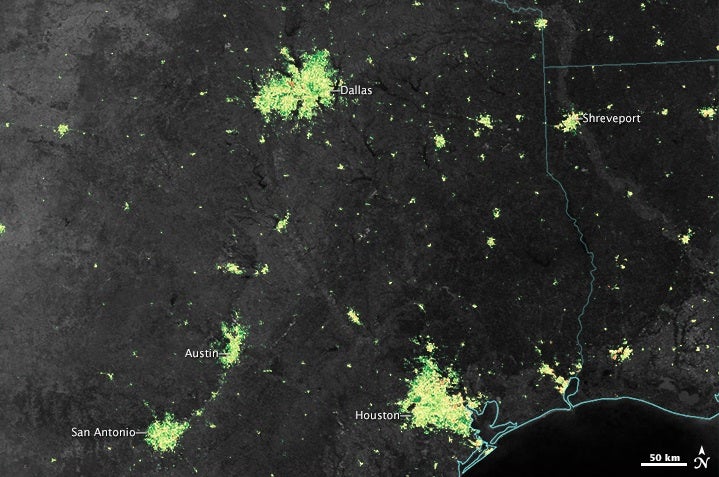 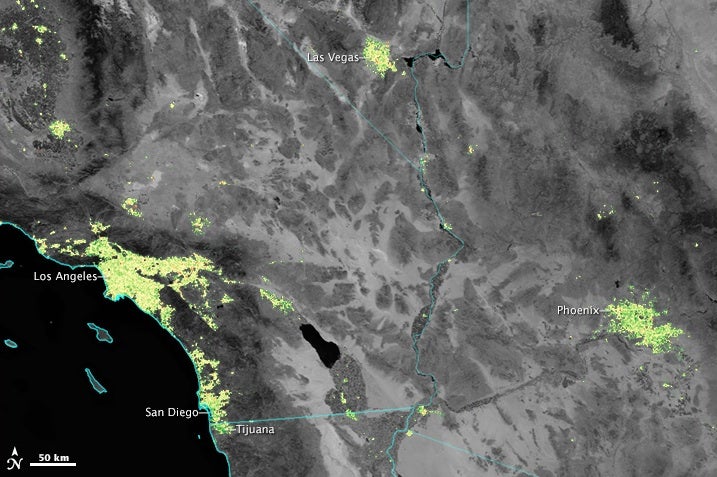 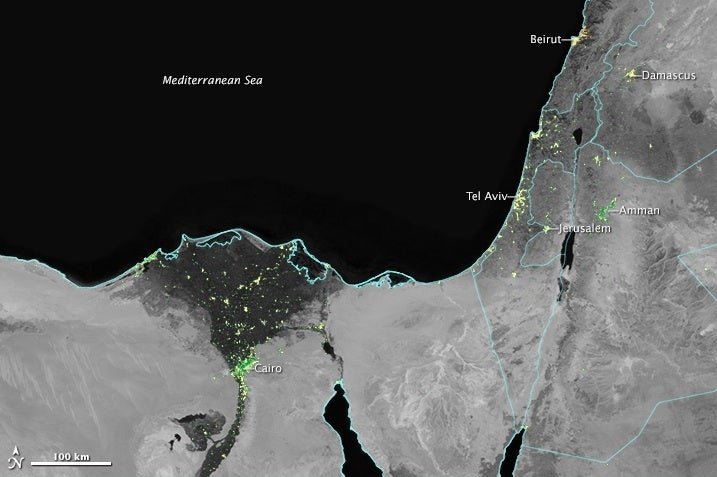