What an extraterrestrial archaeological dig could tell us about space culture

Instead of dirt, these researchers dug through thousands of photos to capture astronaut culture on the International Space Station. 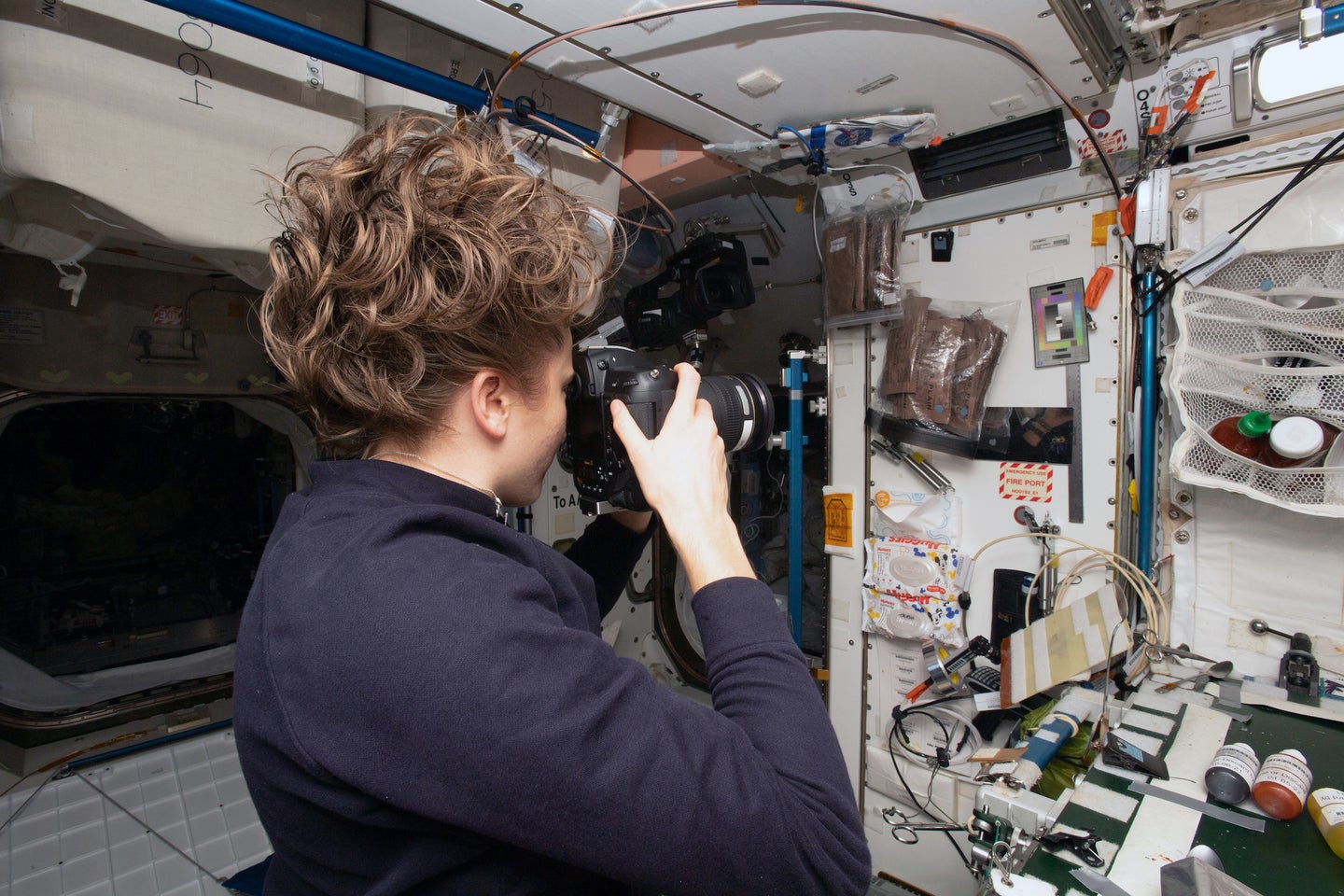 It’s an archaeologists’ day job to unearth stories out of the things we leave behind. Earthly possessions and artifacts can give a glimpse into ancient civilizations and even modern-day life. But as humans venture beyond our planet, how do you keep archaeology alive in space? One playground where archaeologists could answer this question already exists: the International Space Station.

In the first archaeological survey of its kind, scientists piloting the International Space Station Archaeological Project (ISSAP) are studying the physical objects used by astronauts aboard the 23-year-old laboratory and mini-community. But the ISS isn’t your typical excavation site with chisels and brushes. Instead of digging up evidence, researchers treated the ISS like an archive, sifting through a library of old and new pictures. The investigation will wrap up its data collection late this month, but once published, its results could provide both sociologists and space historians a window into what life in space really looks like.

Developed in 2015, ISSAP originally began as a way to show NASA that the social sciences also have a place amongst the stars. Since its inception, the International Space Station has been host to many disciplines of scientific research, says Justin Walsh, one of the project leads and an associate professor at Chapman University.

“The socio-cultural component of long-duration spaceflight has essentially been left to the side,” he says. “We have designed a recording technique to capture archaeological data for archaeological questions.”

Space archaeology is an emerging field, with experts taking a wide range of approaches. Scientists have used the term to describe human activity in space, or human activity done with the goal of exploring space, like launch facilities, observatories or rockets. But according to Walsh, ISSAP is mainly concerned with how astronauts interact with and change the objects and spaces in the ISS—much like how loss or religion can shape an environment.

“All of our civilizations are documented in one way or another, whether that’s oral history or written documents,” says Chantal Brousseau, a masters student of history at Carleton University in Canada who helped develop a tool to help compile archaeological data for the project. “But we don’t have any sort of documentation about life in space as it is now.”

[Related: Sorry, you can’t eat these popular foods on the International Space Station]

Living on the station is a lot different than living on Earth. In fact, this small mirror of our society is guided by its own laws and heritage. For example, there is a hierarchy of the crew members that influences team dynamics. After astronauts arrive on the station, ISS partner agencies designate one crew member as the commander, a position that takes primary responsibility for all decision-making on board. All astronauts are also supposed to understand both English and Russian, but in reality, there’s varying degrees of fluency.

The ISSAP team also observed that rules impact the presence of religious displays and personal effects. In the US segment of the station, there is a distinct lack of religious displays—a marked difference from the Russian side. But they do have a memorial to deceased colleagues, which is often left out of public photos.

When the first long-term residents arrived on the station in 2000, photographs of the station and its inhabitants were often limited by how many canisters of film a mission could pack into the payload. But today’s digital photography has allowed astronauts to build a much larger repository of images. Walsh says that they’ve been able to use hundreds of thousands of images and the metadata associated with them to map out entire “behaviors and associations over the history of ISS.”

Their first project, called the Sampling Quadrangle Assemblages Research Experiment, or SQuARE, uses six locations on the station as sample areas to visually evaluate how items and areas change over time.

Five of these locations were carefully chosen by the researchers, while astronauts were able to choose where the last “dig” would take place. Although ISSAP is collecting final data from the experiment at the end of this month, Walsh and his team were already able to make some initial observations. Areas, like the Japanese Experiment Module Kibo where astronauts conduct medical and educational experiments, experienced lower amounts of human activity—places astronauts didn’t visit as often.

Meanwhile, other rooms, like the kitchen and the Hygiene Compartment, experienced higher amounts of human activity. Determining what areas get the most use could tell scientists a lot about the crew’s patterns, and even what kinds of equipment are getting the most use, Walsh says.

Still, of the challenges of conducting archaeology in space, Walsh says in some cases it’s easier to conduct research on the environment because they can always ask astronauts about their surroundings, compared to archaeologists who study long-deceased civilizations.

“Nobody has ever tried to systematically record the material culture of a space habitat before,” he says.

According to Walsh, the project comes at an opportune time. Plans have been announced to retire the station in the next decade. Before that happens, learning how astronauts interact with their surroundings—and each other—inside these microcosms could help inform what the next generation of space stations will look like.

“We are perfectly positioned to give data-driven insights into the way a space habitat is being used, for the people who are designing and building space habitats,” says Walsh. These manufacturers might end up incorporating that data into their designs, which could affect how we view and create human-oriented structures in outer space.

But to do that, Walsh’s team is working with collaborators like Chantal Brousseau to figure out how to interpret these archaeological insights. Brousseau ended up creating an independent web app to help record all information the experiment gathered.

After modifying an open-access image-annotator tool, she was able to modify its code to help create a database available to both the ISS and ISSAP team. Eventually, ISSAP’s goal is to eventually turn this information into legacy data—like a public file system for training computer models—that can be used by other archaeologists.

“When you’re doing machine learning, you need to give the computer examples so it can learn,” says Brousseau. After the team annotates and labels the images from the ISS accordingly, they are able to sync multiple image databases using an application Brousseau created. “I’m thinking about developing it further for a data science tool.”

As humankind prepares to further explore the cosmos, it’s important to understand the fundamental aspects of how we change our environments, says Walsh.  He adds that this project is more than just food for thought for future space station engineers.

It’s about understanding where we’ve been, and where that upward trajectory might take us next.

“We have an obligation to look at the evolution of our technology,” says Beth O’Leary, a professor of space archaeology at New Mexico State University.

From an archaeological perspective, researchers and the public should remember that every culture on Earth has a relationship with the stars and the moon. Pushing the envelope of traditional archaeology is just another way to connect with each other.

“The future of space is really international,” O’Leary says. “That’s why it’s really important to think about what’s important to preserve for humanity.”