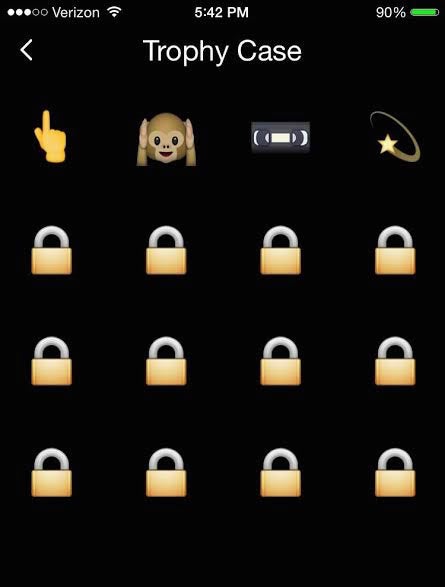 Popular disappearing messages app Snapchat announced three new features. In the latest 9.15 update for iOS and coming soon to Android, Snapchat now offers users filters for their faces, “Lenses”, achievements dubbed “Trophies,” and, for the first time ever, in-app purchases in the form of “Extra Replays.” Here’s a round-down of all three.

Anyone who has used PhotoBooth on the Mac will feel right at home. Once Snapchat detects your face, users can access live filters that change as your face alters its position (as Albert Einstein and Michelle Obama have come to find out). The filters are pre-programmed animations that can change your face in amusing, and sometimes disturbing ways, like a funhouse mirror right on your phone. It takes Snapchat’s previous static filters — locations and events — to a whole new level, and is worlds beyond the simple drawing tools for which the app gained popularity.

To enable the new Snapchat filters for your face, head to the app’s main camera screen. With the selfie camera enabled, tap and hold on your face. After holding your face for little more than a second, a list of swipe-able options will appear over the virtual shutter button. Options for heart eyes, rainbow barf will now be available. This may take some doing to reveal the Lenses menu—we’ve yet to access it on our first try.

The feature requires Snapchat users to have the selfie (i.e.: front-facing) camera enabled and not the rear shooter. Unlike Snapchats previous filters, location sharing need not be turned on to use the feature. 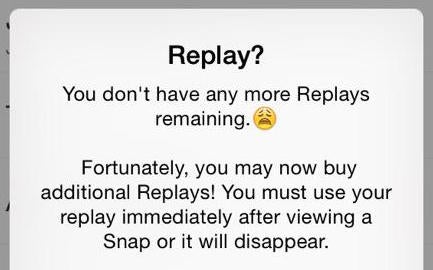 Snapchat also added its first ever option for in-app purchases. For $1, users can get an extra three replays of a previously opened snap. While replay functionality has been built in to pictures since the beginning of photography, Spiegel and crew are cleverly offering additional paid replays as a way to break the first rule of Snapchat.

Snapchat users can also purchase 10 replays for $3 and 20 replays for $5. It doesn’t sound like much money, but with over 100 million daily active users, that could add up quickly, and the move toward monetization should ease some of the worries of Silicon Valley investors and reporters in the wake of a controversial leaked report earlier this year revealing Snapchat has been losing tens of millions of dollars.

Along with the first opportunity to hand over money to Snapchat are the ownership of bragging rights. A new Trophies section has made their way into users’ app updates. We saw this feature leak last week and now the Trophy Case has finally made its return.

Small changes throughout the Snapchat app can be found as well. Tap on the screen when in camera mode, for example, and fluid new focus icon briefly appears. When viewing friends’ stories, the top right circle icon has been streamlined.

But most interestingly is Snapchat’s first attempt at asking its users for money. With Snapchat Discover, the company partnered with media outlets to share content within the app and Snapcash — created in partnership with mobile payments company Square — allowed users to trade cash with each other. Now that you can hand money over to Snapchat yourself, the company may be looking to increase that multi-billion dollar evaluation.