Samsung Wants To Blanket The Earth In Satellite Internet 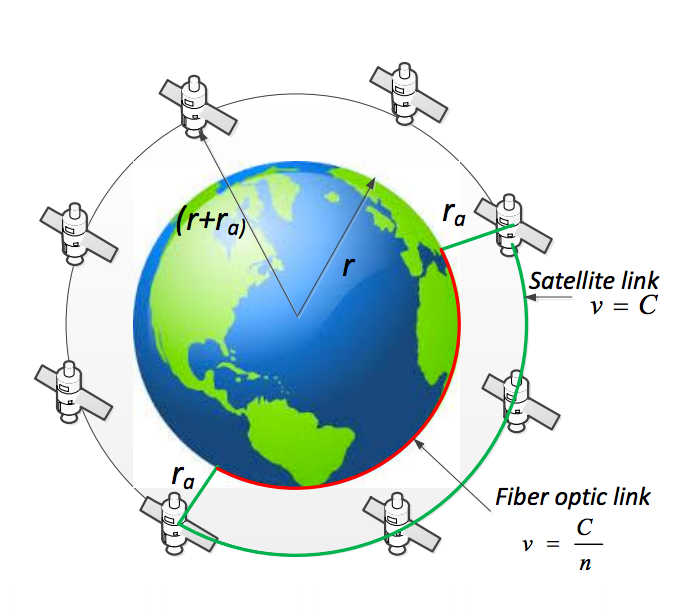 A paper published by Farooq Khan, president of Samsung Research America in Dallas, details an interconnected net of 4,600 low-orbit satellites that could bring each of the world’s 5 billion people 200 gigabytes of internet per month. Samsung expects global internet traffic to reach one zettabyte per month by 2028.

“Our goal here is to design a Space Internet with similar capacity,“ Khan writes, in reference to the one-zettabyte figure.

This also brings Samsung into a race with the likes of Elon Musk and Richard Branson, who are actively working on or investing in similar satellite ventures.

The Branson-backed OneWeb offers a similar approach to Samsung’s: a net of 648 satellites (compared to Samsung’s 4,600) that orbit and transmit to ground stations that in turn relay the signal to users.

Samsung’s satellites would transmit what millimeter waves, or waves at a frequency of more than 100 GHz. This frequency would allow for the transmission of terabytes per second, Khan writes. The total spectrum availability would include 57.75 GHz for uplink, 56.2GHz for downlink, and 38.75GHz for inter-satellite communication.

The paper goes into detail about how multi-comm-core systems enable low-latency transmission, and maximizing antenna gain, but these are not the questions that the market poses. With such competition, internet from space isn’t a matter of how, but a matter of who will be able to accomplish it first.