Side effects may include dizziness 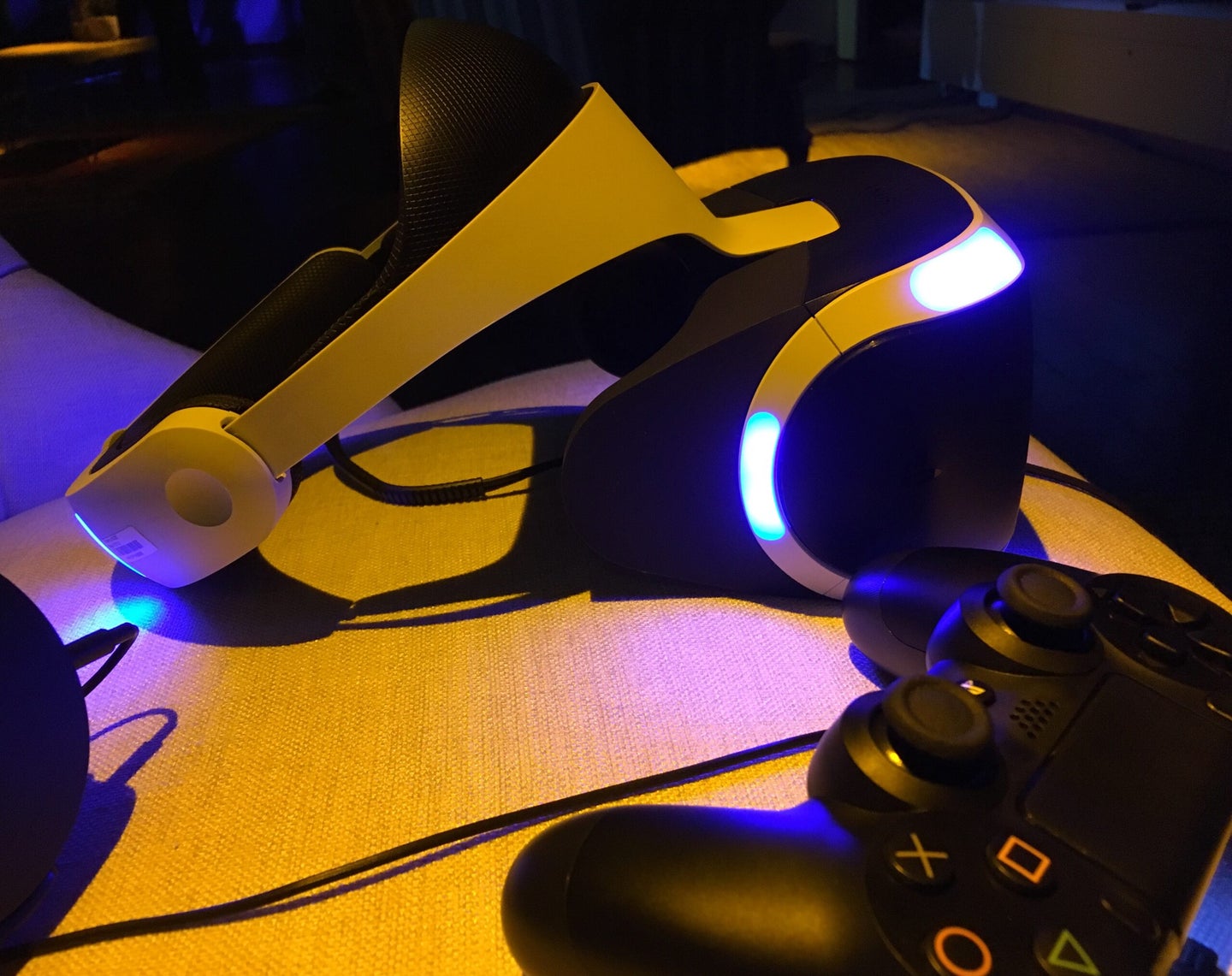 With the HTC Vive’s RoomScale, users can walk around in virtual reality simply by moving, instead of pressing forward on an analog stick or directional pad. The Oculus Rift currently lacks this feature but Palmer Lucky’s VR machine has plans to include the useful movement tech. While Playstation may be left out of the party this time around, it looks like they may have a workaround. Slightly.

Sony’s Playstation VR event in New York showcased many of the launch titles coming to the upcoming console-based virtual reality setup. Titles like EVE: Valkyrie, Sony’s The Playroom and Harmonix’s Music VR allow those without a $900+ PC to experience immersive gaming. But game’s like Headmaster show that you may not be in your seat for all of them.

Headmaster is a simple, yet effective game. Putting you in the shoes of a soccer player, the game requires you to head the ball into the goal. At the same time, in real life, you’re put in the position of making sure your head movements don’t have the PS VR headset flying if you get too into it. But most interestingly is the fact that the Playstation Camera sees your movement and allows you to walk throughout the field based on where you walk in real life. The catch: it’s only in a tiny area.

Taking three steps in any direction translated to traversing in the game. Though once the Playstation Camera mounted in front of the television lost sight of me and the PS VR headset, and a dialogue box reminded me to go back in range.

Sony acknowledges the fact that PS VR will take note of your movements, but many games are intended for sit-down use. In a statement issued to Popular Science, Sony claimed:

Any virtual reality experience is pretty crazy for those just getting into the space. But folks coming from the PC-tethered Oculus Rift or the HTC Vive will note the limitations of a console version of virtual reality, mainly the difference in graphics. While the Playstation VR offered believable virtual worlds, environments in the Vive looked crisper than games in Playstation’s offering. At least Sony players can look forward to EVE: Valkyrie coming to their VR helmets–a game which the Vive is currently without.

Another launch title Playstation VR owners can look forward to is Rigs. Anime fans who’ve seen IGPX will know exactly what to expect from this game. The game sits you in the seat of a giant robot taking part in an arena-filled three-on-three match. You’ll face opponents in a similar mechanical suit and the player with the most points at the end wins. The game is one of the most fun experiences I’ve had on PS VR, but it unfortunately started to make me sick after just 10 minutes.

Because virtual reality completely removes your view and replaces it with the view of your character, you can get confused pretty quickly. Some titles like Headmaster require very little to immerse you in the arena. But games that confuse your vestibular system may start to make you feel nauseous. Shooting enemies and, more notably, falling from platforms to the ground for the first time felt slightly weird and the second time required me to remove the headset. Players may get used to this effect overtime, but in the early days certain games will require you take a break and reorient yourself.

If you’d prefer to play flat screen games, the PS VR cinematic mode is another option. The mode that lets you play traditional games in VR forgoes any virtual couches or fake cabins like the Netflix and Hulu app we’ve seen on the Gear VR. Instead Sony simply gives players a screen against black that they can re-size to their liking (using three size presets). Along with games, players can watch their Blu-ray discs in the VR headset as well. So if pretending to be a robot pilot has you too dizzy, at the very least you can watch Star Wars.