‘Knock Knock’ Is A New App That Could Maybe, Finally, Kill The Business Card

Because exchanging contacts is still a hassle in the smartphone era 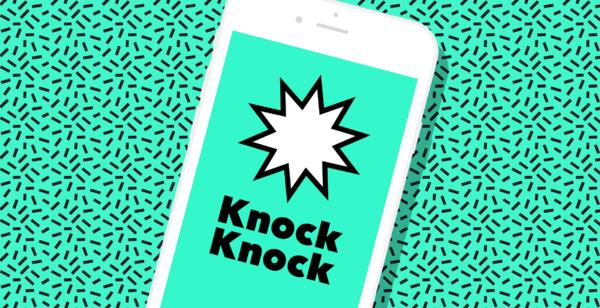 We all want simpler exchanges of information when meeting new people in person. Yet even in the smartphone era, the humble business card arguably remains the best way. But Knock Knock, a new app launching today, seeks to change that by evoking the physical action of knocking on someone’s door and letting you the user control how much of yourself you let through.

That’s because Knock Knock lets you commit to sharing information with someone new in discrete pieces, rather than giving them a complete contact card with basically every bit of your personal information. The app works by playing on the old association of its namesake: one person opens the app on their phone, while anyone else with the app nearby can simply knock twice on the screens of their own phones to join a group chat, or to wirelessly send one another individual pieces of their contact information. 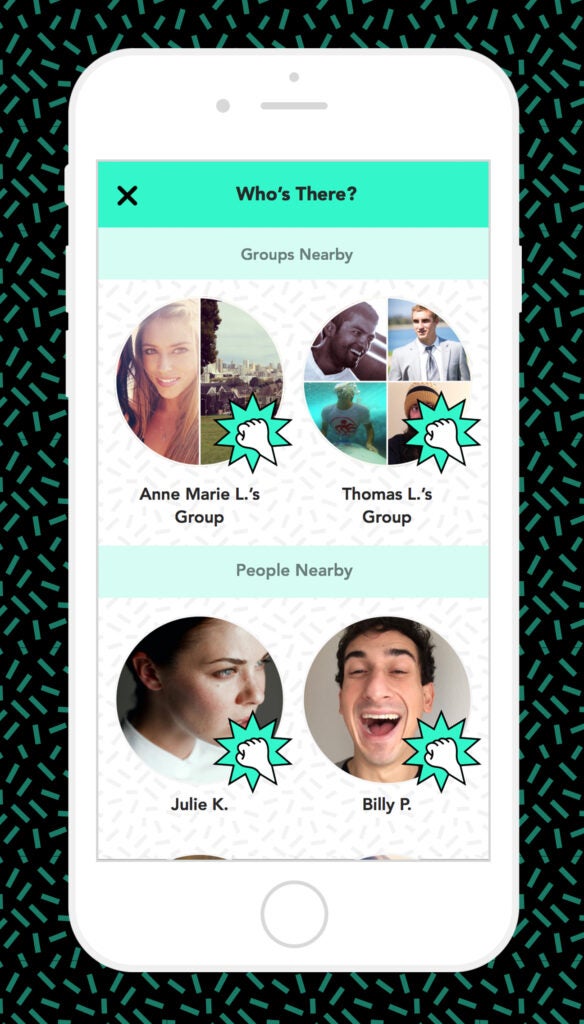 Humin, the company behind Knock Knock, has some experience in the area of contact management, having previously created an eponymous app for managing all your existing contacts on your smartphone in a more intuitive manner than an alphabetical list (that app, Humin, was included among Popular Science‘s Best Of What’s New selection in 2014).

For Knock Knock, a new stand-alone app, Humin tackled the problem of exchanging contacts in two ways. First, they made the interaction simpler: you don’t have to open the app and establish a connection before sharing. In fact only one person has to open the app. Secondly, the contact sharing options include more than just basic info like your phone number, email, and address. You can also share your Facebook, LinkedIn, Instagram and other social profiles as well. 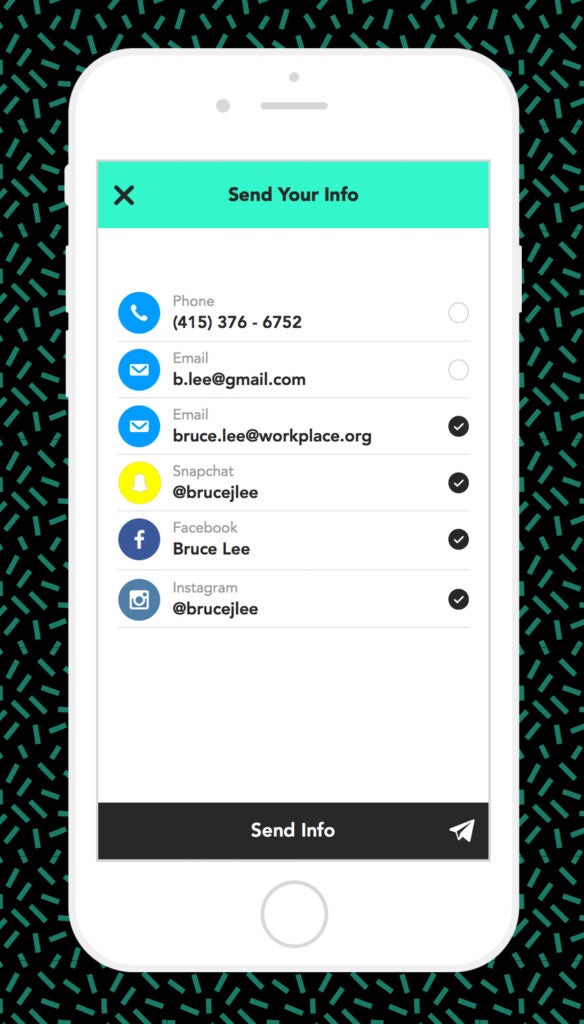 “New social encounters can be both awkward and intimidating,” said Ankur Jain, Humin’s CEO, in a press statement. “Thinking back to my first week of college, I remember wishing there was a way to keep track and remember all of the new people I met. We created Knock Knock as a fun solution that takes the pressure off when navigating these situations, utilizing technology that mirrors our real-life social tendencies.”

Knock Knock works using a combination of Bluetooth and Beacon transmission technology. It calls to mind some popular info trading apps of the past, like Bump, which worked on the same motion-based principle of information sharing. But unlike Bump, Knock Knock doesn’t require the physical meeting of two devices in order to work.

You can even share it with more than one person at a time. Imagine a room full of new classmates in a seminar all knocking simultaneously to set up project groups, or getting everyone’s contact info from that happy hour conversation that was surprisingly not painful.

We’ll have to see how well the app works once it’s made the rounds in a few circles, but for the moment the best feature is the social aspect of the new app: don’t want to give out your phone number to your new Tinder date just yet? Here’s the strategy: “Hey, have you heard about Knock Knock? Download it and let me show you!”

It’s available on Android and Apple iOS today, for free.