It packs dual cameras, animated messages, and a split-screen option for multitasking. 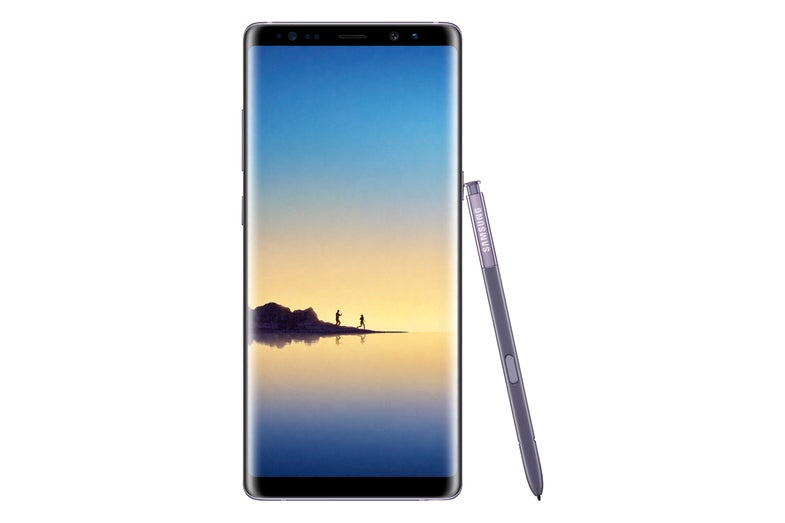 It carries on the Note name despite the catastrophic Note7

The first thing to know about the Note8 device is that it exists, and it’s called the Note8. Following the Note7 recall debacle—you know, that whole combusting battery nightmare—it wouldn’t be shocking if the company had decided that it was the end of the line for the Note series. But the Note line endures.

In a statement, DJ Koh, the president of Samsung Mobile, said that they “appreciate the relentless passion of the Note community.” (Would it be safe to call it a burning passion? Sorry.) In short, the company says it continued the Note series because of customer passion for it.

Samsung has already explained why those Note7 batteries exploded and revealed an 8-point battery safety check to make sure that going forward, its lithium-ion batteries won’t combust.

The battery on this latest device is 3,300 mAh, making it slightly smaller than the Note7, which was 3,500. In addition to the normal battery safety checks that the company does, they say that Underwriters Laboratories, better known as UL, is being even more thorough when testing the battery on the Note8.

The hardware hasn’t changed much

The Note8 will sport an AMOLED Infinity Display screen that’s 6.3 inches on the diagonal, just a tenth of an inch longer than the S8 Plus’s screen, and bigger than the screen on the discontinued Note7. Like other Note devices, it has a stylus that you can use to do things like sign documents and draw. The S Pen, as it’s called, now has a tip that’s just .7 millimeters in diameter, like a ballpoint pen, and the system is more pressure-sensitive.

Like the S8 and S8 Plus, it’s has a Bixby button to summon Samsung’s version of Siri, and it also has the fingerprint sensor on back, near the camera. It also supports face and iris recognition for unlocking the device, and you can charge it wirelessly.

The new Note8 sports two cameras: a wide-angle lens whose aperture is f/1.7, and a telephoto lens that’s f/2.4 and can zoom in two times optically. Both of the cameras are 12 megapixels, and have optical image stabilization to try to keep your photos, even the zoomed-in shots, blur-free. (Apple introduced a two-camera system with its iPhone 7 Plus for the first time in 2016.) The Note8’s front-facing camera is 8 megapixels.

Having two cameras allows Samsung to not only offer that optical zoom, but also to roll out a new feature that it calls Live Focus. Just as the iPhone 7 Plus offers what Apple dubbed Portrait Mode, which blurs the background to create an SLR-like bokeh effect, Live Focus will do something similar. However, Samsung says that Live Focus will allow photographers to dynamically adjust the level of background blur both before and after they take a photograph in that mode.

Samsung also includes a new, related feature called Dual Capture, which when enabled means that both the cameras shoot their own image at the same time. That way you get a zoomed-in photo of, for example, a person, as well as a wider-angle shot of the larger scene.

You can pair apps to display two at the same time

As a way to facilitating multi-tasking, Samsung is introducing a new feature with the Note8 that it calls App Pair. It allows users to pre-configure two apps to be launched together, side-by-side, in split-screen mode. Those pairs of apps will live in a space called Apps Edge, which pulls out from the right side of the screen like a drawer. Samsung thinks users might use this feature to do things like launch the calendar and phone app at the same time, making actions like entering in a conference call code easier.

You can make moving messages

Samsung is introducing a new feature, Live Messages, in which you can use the S Pen to draw a simple picture, or write something, or even annotate a photo, and then send the animated version of your pen strokes to someone else. The moving image comes through as a GIF. (Apple has a similar feature called Digital Touch, which has existed in iMessage since iOS 10.)

Previously with Note5 devices, users could pull out the S Pen and make a note on the lock screen of the phablet. Now, digital scribes can pen as many as 100 pages of notes that way, without unlocking the phone, so they could now write (and edit) an uber-long grocery store list or even an epic poem straight from the phone’s lock screen.

You can order it soon

Preorders begin on August 24 (tomorrow!) and the device will be launched on September 15. In the United States, you can buy it any color you want, as long as you choose one of two options: midnight black or orchid gray.