It is the first indictment of its kind. "One down, and 400 to go," says anti-cyberstalking expert 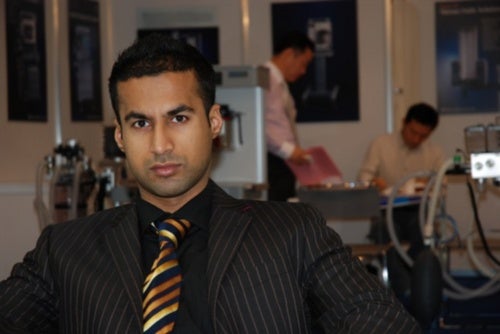 On Monday, the Department of Justice announced the indictment of the manufacturer of the smart phone surveillance app StealthGenie on Monday — the first such indictment — but many other so-called “stalker apps” remain on the market. The apps allow a user to spy on another person’s phone calls, texts, emails, or even turn the onboard microphone into a bug. Legal experts say it’s unclear whether the arrest spells the beginning of the end for the commonly abused apps.

“When I first heard the news, I was doing cartwheels,” says Cindy Southworth, a technology expert at the National Network to End Domestic Violence. “But my official statement is ‘Yippee! One down and 400 to go.’ There’s a long list of really vile products right behind StealthGenie that need to be investigated and taken down too.”

Many app makers claim that their software is to be used for legal purposes, to monitor children or consenting employees. But whatever the marketing materials say, companies make a lot of money selling to people, mostly men, who want to spy on a romantic partner. In 2013, while celebrating the acquisition of the company’s millionth customer after two years of operation, the surveillance app mSpy announced internal survey results: 50 percent of its clients were using the product to spy on a romantic partner, and 74 percent of its clients were male. As originally reported by Ars Technica, the DOJ indictment notes that the StealthGenie business plan predicted that 65 percent of potential customers would use the tool to spy on a romantic partner. Southworth has obtained marketing materials touting the surveillance features of the HelloSPY app, which also features a picture of a man aggressively holding onto the arm of a woman who has visible abrasions on her face. 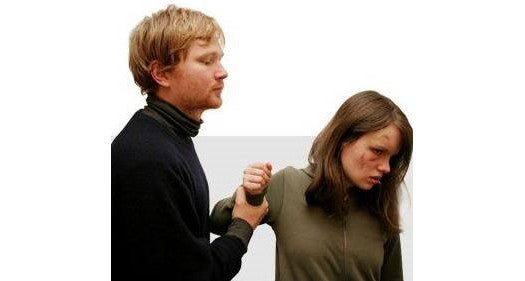 In an image from HelloSpy marketing materials, a man aggressively holds a woman with visible injuries

And then there are the known cases in which stalker apps have abetted murder. In 2011, Simon Gittany of Sydney, Australia used a surveillance app called MobiStealth to intercept text messages and emails sent by his Canadian ballerina girlfriend Lisa Harnum to friends. Once he discovered she was ending the relationship, Gittany threw Harnum off of a 15th-floor balcony. In 2012, police discovered that MobiStealth was also the tool by which Cid Torrez of Miramar, Florida, spied on his estranged wife Vilet and learned that she had a new boyfriend. Though Torrez claims to have no knowledge of his wife’s whereabouts, Florida prosecutors are trying him for murder. She disappeared without a trace on March 31, 2012, and neither she nor her body has ever been found.

“The fact that these manufacturers work really hard to be hidden, it’s clear what the intent is.”

StealthGenie, the app whose manufacturer was arrested on Saturday, can conceivably be used for legal purposes. The Washington Post reports that, in the trial, the government will need to show that the product is “mainly” for the surveillance of adults unaware of the fact that they are being monitored.

“You have to prove the whole business model, is ‘We’re helping you commit a crime,’ ” Danielle Citron, a University of Maryland law professor, told the Post. “That’s a hard sell.”

For the anti-domestic violence advocate Southworth, the stealth mode of the apps is the feature that must be made illegal. If the person has consented to have the phone monitored, why does the app need to be operating invisibly in the background of the phone?

“There’s no need for it to be in stealth mode,” says Southworth. “The phone carriers have some family safety products that you help you locate your child – you get a text message, and your phone vibrates that says ‘Mom is locating you.’ That’s transparency, that’s visible, it’s aboveboard. The fact that these manufacturers work really hard to be hidden, it’s clear what the intent is.”

On Friday, September 26, a federal judge issued a temporary restraining order authorizing the Federal Bureau of Investigations to take the StealthGenie website offline temporarily. On Sunday, the company sent an email out to clients saying that the site “is down for maintenance and will be back in few hours.” As of this writing, the site remains down.