Dreamify is a new free app coming for iOS and Android, and it will blow your mind I got to try out an upcoming DeepDream smartphone app, and it’s awesome.

The Dreamify app allows users to transform images on their smartphone into psychedelic nightmares by using Google’s DeepDream source code, which was released last month. Although others have created similar image generators on the web, this is the first mobile app to use the DeepDream code, as well as to give users the ability to customize how much the image is transformed.

Google’s DeepDream code is a part of their artificial neural networks, which Google Images uses to sort and categorize images online. After sifting through thousands of tagged photos, the program begins to learn what things are. Google also found that when the software is given the task of generating its own images from what it has learned, it gets confused and creates strange chimeras such as dumbbells with arms and slug dogs.

Once the source code was released, developers began to use the code in a variety of ways. Many created image generators on the web where users could upload pictures to be transformed in the uncanny DeepDream style. One developer took this a step further and created an animator that could apply these effects to video. Another developer even used DeepDream’s image distortion to trick Facebook’s facial recognition software, DeepFace.

The team at Dreamify wanted to bring the DeepDream software to a wider audience, and they knew the best way to do that would be to bring it to people’s pockets. The app uses Amazon web servers to run the neural network remotely. So instead of draining your battery and taking an hour to transform an image, it only takes several seconds. This is much faster than some online DeepDream image generators such as Psychic VR Lab, which has an insanely long wait time to receive an image, and no customization options.

Similar to Instagram, Dreamify has 12 preset transformation filters with names like “Iridescent Globules,” “Psychedelic Topography,” and “Dogify.” Each one alters the image in conventional DeepDream fashions. I had an excellent time running a pouty-face image of Dave Gershgorn through several of the presets. This one is my favorite, where he looks extra miserable and his elbow has its own legs: 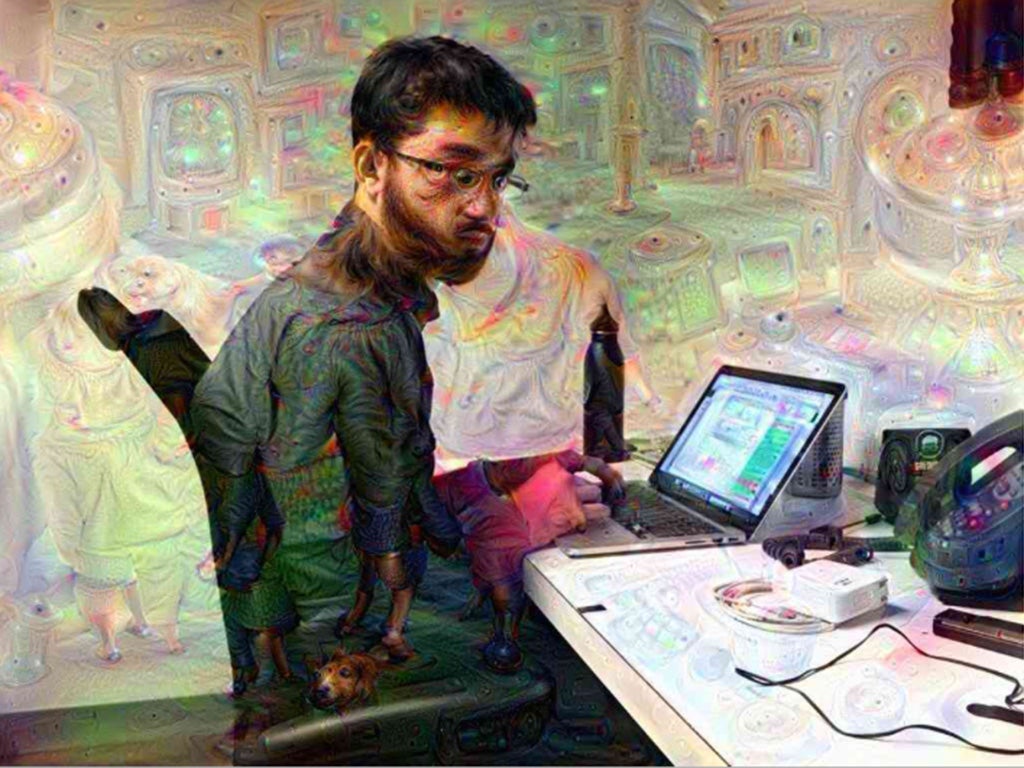 An image of Dave Gershgorn transformed by the Dreamify app

“At the high levels it’s looking for objects that it’s been trained on, so you’ll see these sort of otherworldly creature-like things,” says Matt Jacobs, a software engineer at Dreamify. “We wanted to make something where you really had the same granularity of control as someone who could get into the code.”

This is what happens when you crank up all of the customize parameters: 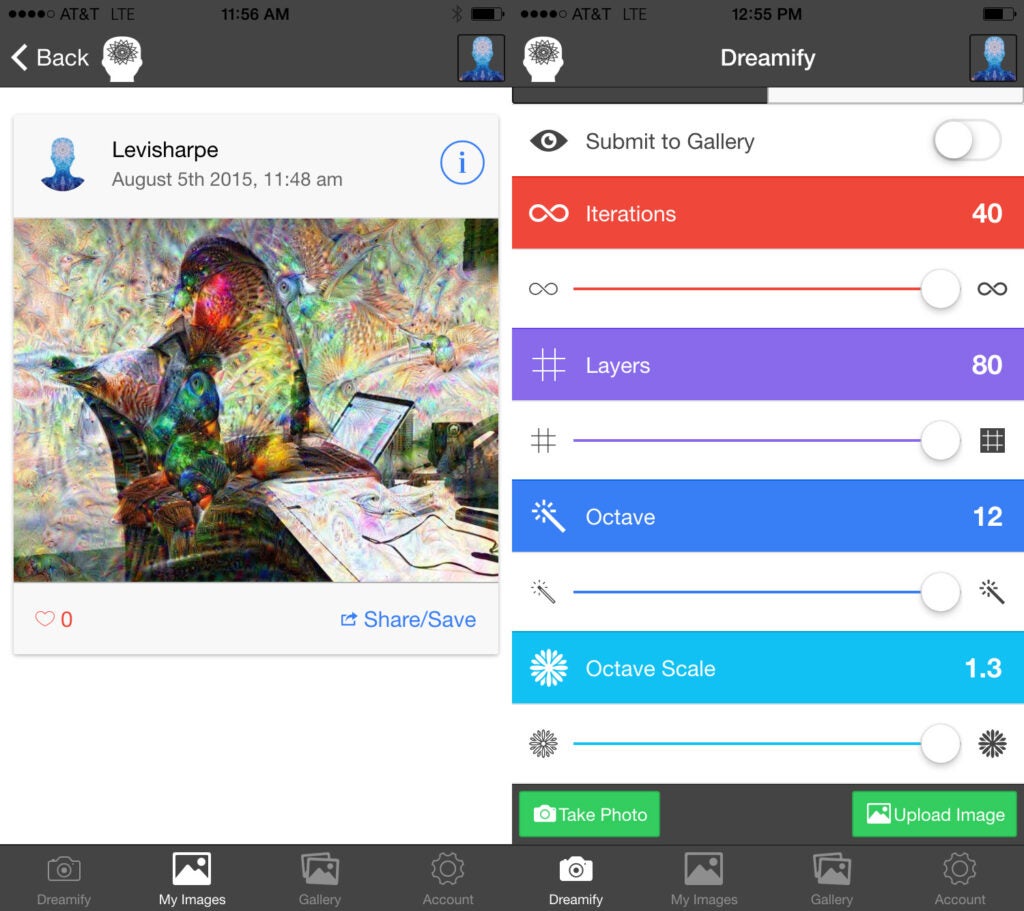 “Wow, I am a universe,” Dave Gershgorn said when he saw this image.

Photos can be kept private or automatically featured in a “Gallery” tab. Other users can “love” the featured photos and the ones that are loved the most get featured in the “Popular” tab.

Jacobs said the app will be free for both iOS and Android, and will be ready for mass consumption within a week. The team has plans to include a premium option in the future with features such as DeepDream animated gifs and high-definition photos.

“We want people to get creative with it and use it as a tool to be able to have fun with their photos without having to worry about paying for it,” said Jason Martin, another software engineer at Dreamify.

The Dreamify team obviously has fun with their app, as they attached a “dreamified” headshot of me in the email they used to reach out to me. 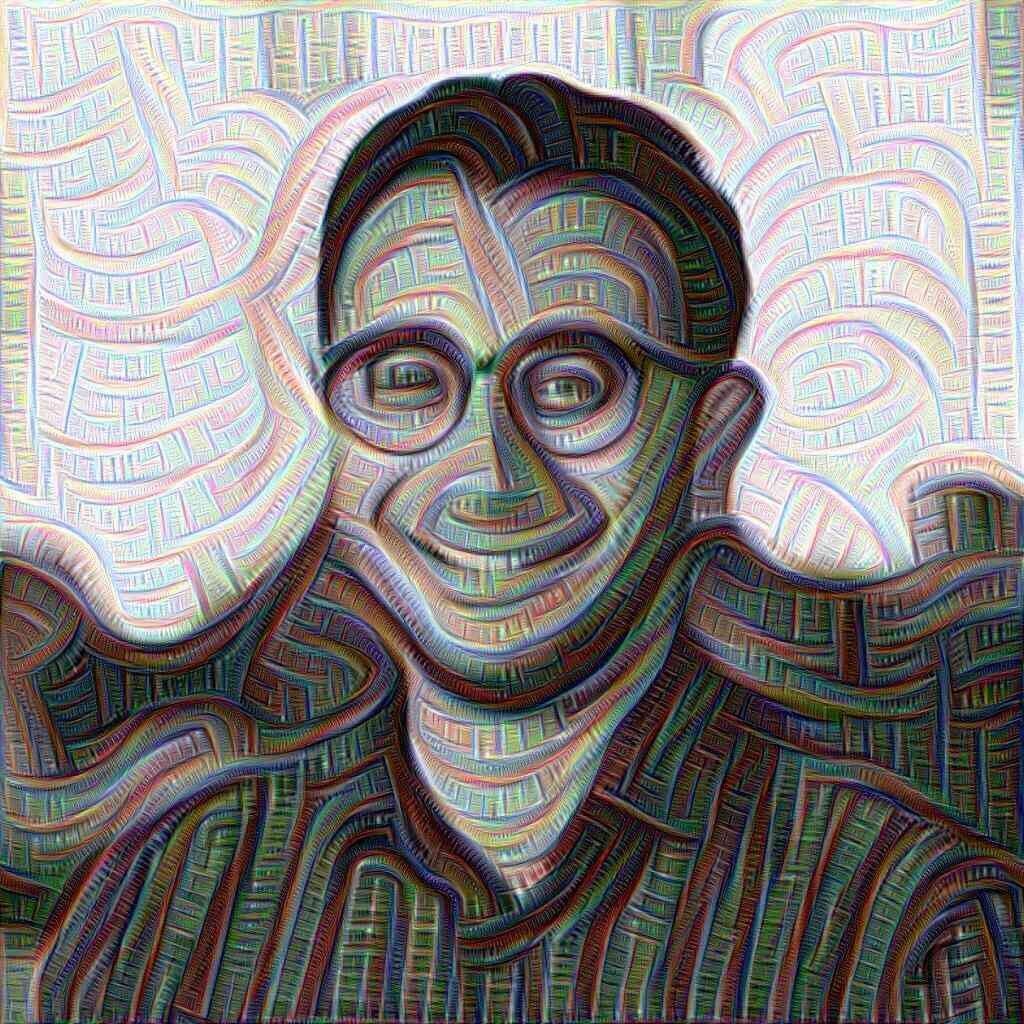 A headshot of Levi Sharpe processed through the Dreamify app