The most illegal place to fly 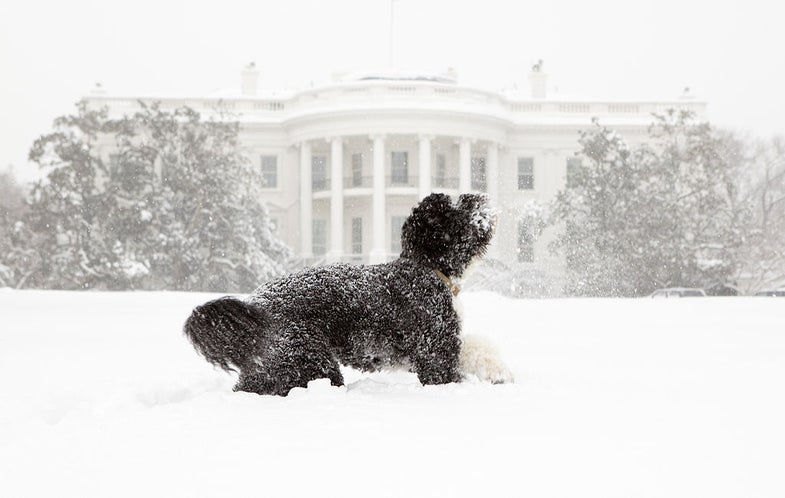 In his State of the Union Address last week, Obama mentioned drones exactly once. Out of respect for human dignity, he said, our use of drones should be “properly constrained.” When he said “constrained,” Obama was referring to military drones, not toy drones, but now, he might have a personal interest in constraining smaller ones. Early this morning, while the president was away visiting India, the Secret Service found a crashed drone on the south lawn of the White House.

In a lot of the country, where and how people can fly drones is somewhat murky, provided that people are flying below 400 feet altitude and away from airports. Washington D.C., however, has unambiguous rules: it’s off limits. It is clearly ‘the Air Force will intercept you with fighter jets‘ off-limits, not just for drones but for all aircraft flying through D.C. airspace without communicating with traffic control and prior approval. This airspace has an outer ring where pilots are required to identify themselves, and then a tightly restricted circle with a radius of about 17 miles centered around Reagan National Airport, designed to keep out any unnecessary aircraft.

White House press secretary Josh Earnest referred to the found object as a device, though he did not deny that it was a drone when asked about it. While the president and first lady are away in India, their daughters Malia and Sasha are still in Washington.

The secret service is still investigating what type of drone it is. Most commercial and toy drones are very limited in how much weight they can carry, with that weight limit usually measured in grams, not pounds. Most likely, if the drone was carrying anything, it was carrying a camera, which is harmless in most circumstances. However, that might be a point of interest for the Secret Service as they investigate the small robot that crashed on their watch. In the future, if drone trespasses becomes a recurring theme, the White House might want to surround itself with anti-drone drone interceptors.