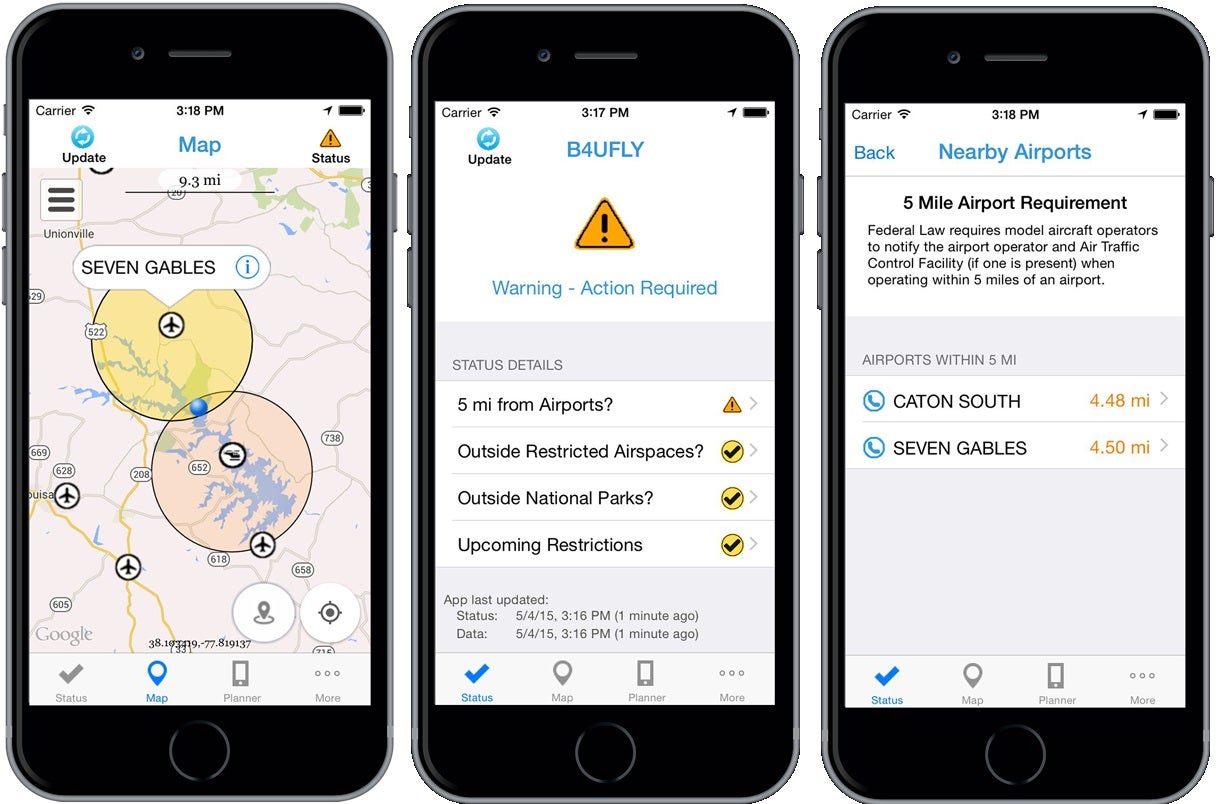 FAA aeronautical maps are great for trained pilots, but without an aviation background and expertise, they’re a formidable challenge to any casual drone pilots. In light of this, as well as the changing legal landscape for drone users, hobbyists have made multiple drone-law mapping projects, like 2014’s Don’t Fly Drones Here effort or the recently announced AirMap (more on that in a second). Announced today, the FAA itself wants to dispel this drone confusion with an app of their own, and one they’ve already spent $430,000 developing.

Announced today at the Association for Unmanned Vehicle Systems International Unmanned Systems Conference in Atlanta, Georgia, the FAA’s B4UFly app borrows a name from the already-outdated B4UFly drone safety campaign. This summer, the B4UFly app will open to 1,000 beta testers. After several months in beta, the FAA plans to release a B4UFly iOS app to the public, followed by an Android release later on.

Here is what the FAA promises in B4UFly:

This is a great start for an app! It also covers some ground included in other, non-government drone law mapping projects. We spoke with Gregory McNeal, one of the founders of AirMap, to see what he thought of B4UFly. He expressed support for the project.

“I’ll be interested in seeing what the app looks like when they launch it in December. Overall, I think raising awareness about the complexity of airspace rules is a good thing,” McNeal tells Popular Science, though he added that “the information presently available in AirMap is more detailed than what the FAA plans to launch in December.”

Regardless of which map drone pilots choose to use, the existence of multiple aviation-law-plotting tools shows there’s clearly demand for such a thing. If apps can teach pilots the law and reduce drone flights in places they shouldn’t be, that’s a net win for all involved.