The president's plan would keep ISPs from deciding which websites you can go to, and how fast that content will be delivered. 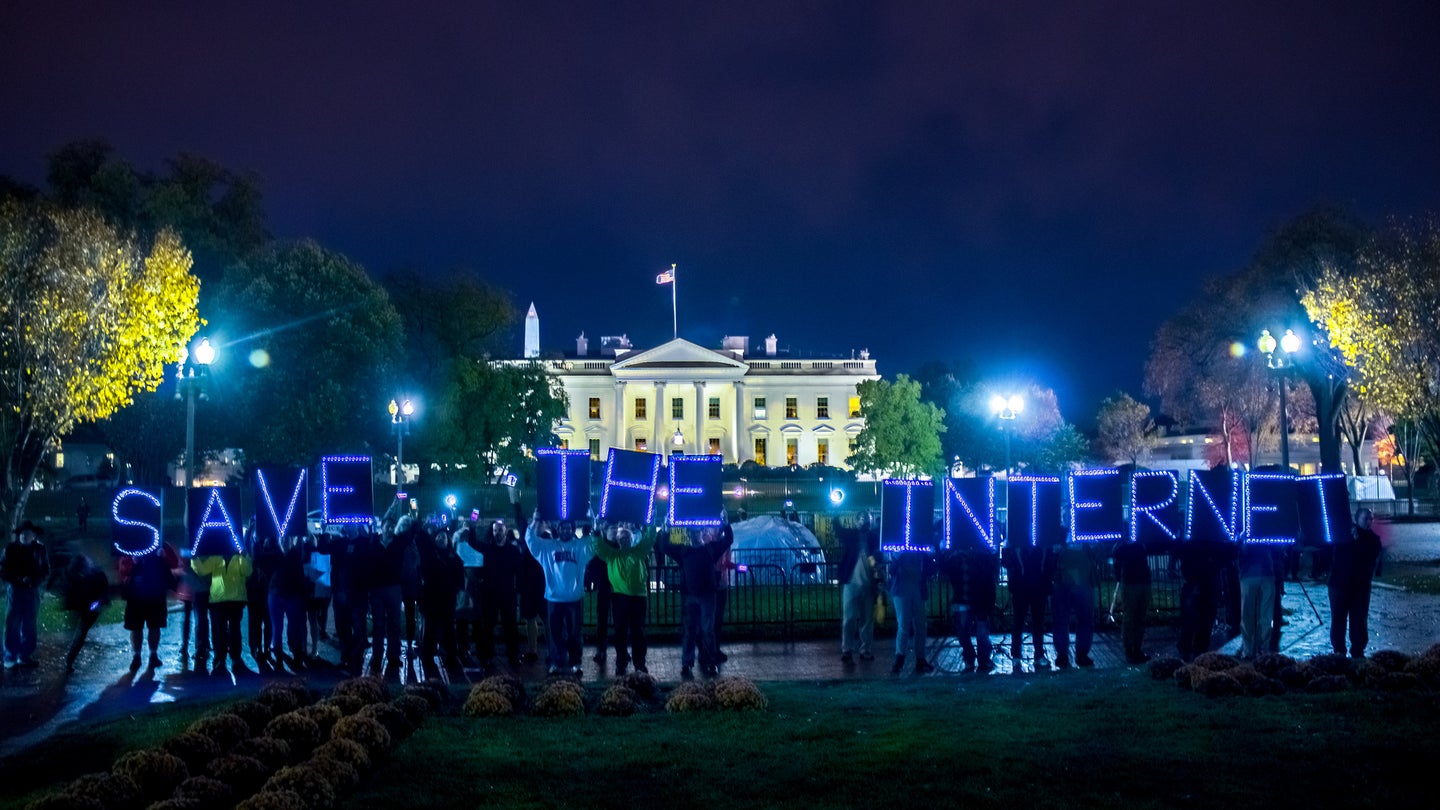 The flow of bits into and out of your house has become no less important than electricity or water, and if President Obama gets his way, they’ll be treated in much the same way. Today, the nation’s chief executive put forth a statement on the hot-button issue of net neutrality, coming down firmly in favor of a free and open Internet.

In his written statement, the president urges the Federal Communications Commission to adopt explicit rules that will prevent any internet service provider or mobile network from blocking or throttling content, including accepting any sort of payment for higher speeds—the so-called “fast lane” approach.

President Obama’s not mincing words about the necessity of net neutrality, either. “Abandoning these principles,” he said a video accompanying his statement, “would threaten to end the Internet as we know it.”

The FCC tried before to enforce net neutrality, in 2010, a move that was struck down by a D.C. Circuit Court earlier this year—not because the court believed that such rules were unnecessary, but rather because the way the FCC attempted to put those rules in place was not kosher, given the current classification of broadband services.

To remedy that, the president is now asking the FCC to reclassify broadband as a Title II service under the 1996 Telecommunications Act, which would place it in the same category as broadcast services like television. Previously, broadband Internet has fallen under Title I, which instead treats it like a phone carrier. “In plain English,” said the president, “I’m asking them to recognize that for most Americans the Internet has become an essential part of everyday communication and everyday life.”

As an independent agency, the FCC is not obliged to follow the White House’s suggestions, but as the president points out, the American public has also submitted nearly 4 million public comments about net neutrality.

Such a move by the FCC would make sure that the balance of power on the Internet doesn’t shift to those who control the infrastructure. These rules have led to deals such as the paid-peering arrangements between Netflix and cable providers like Comcast and Verizon, ensuring that the video streaming service benefits from faster connections. It also favors incumbent companies—such as Netflix—that have deeper pockets and can afford to make those deals, making it difficult for newer, smaller, and potentially more innovative competitors to get off the ground.

Larger companies will no doubt lobby against the president’s proposed reclassification, since it will place greater strictures upon their business. Expect them to argue their support for the way things are now, which more or less let them operate with impunity. But neither the president nor the American consumer seems content to let the Comcasts have their way.