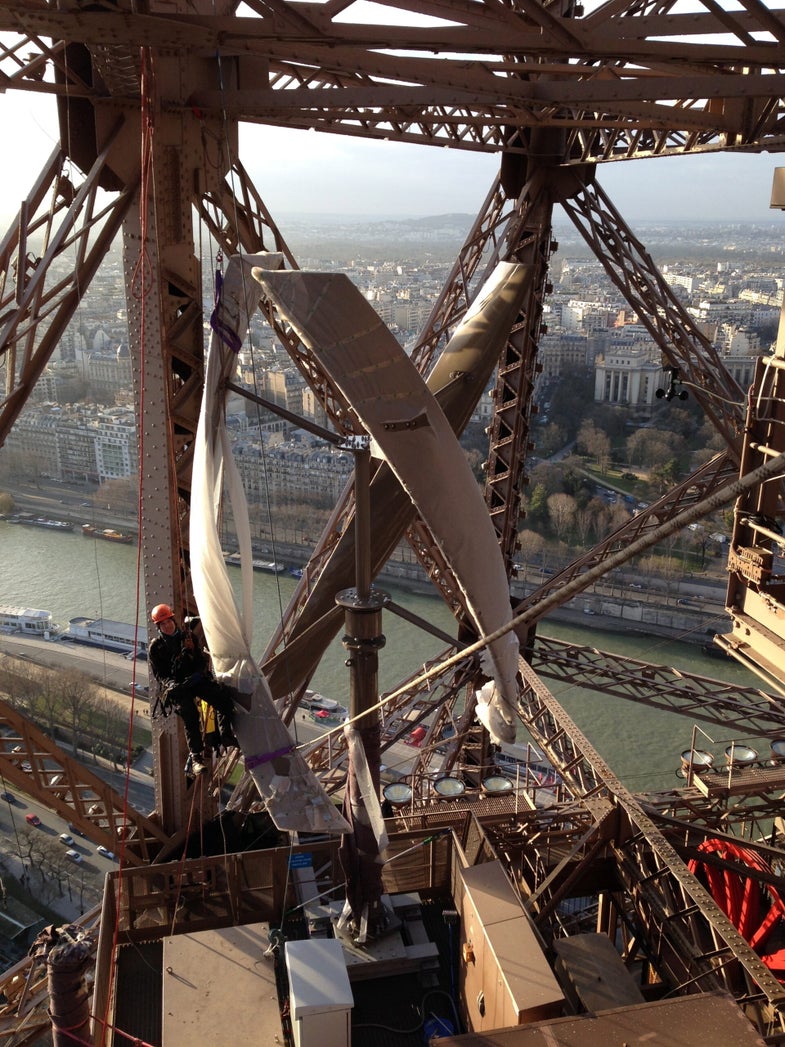 When the Eiffel Tower was built in 1889 it was only intended to last for 20 years. The tower has gone through a lot of renovations in the past 126 years, but the latest makeover is decidedly green. Last week, renewable energy firm Urban Green Energy installed two wind turbines inside the metal scaffolding of the tower. The turbines will produce 10,000 kilowatt hours, enough to power the the first floor, home to restaurants, a souvenir shop, and exhibits about the history of the tower.

The turbines are part of a plan to reduce the environmental impact of the tower. The group that runs the tower is also installing rainwater collection systems, LED lights, and solar panels on the tower.

Other parts of Paris are also getting a green makeover. Later this month, a few streets in Paris will get their own camouflaged wind turbines shaped like trees. 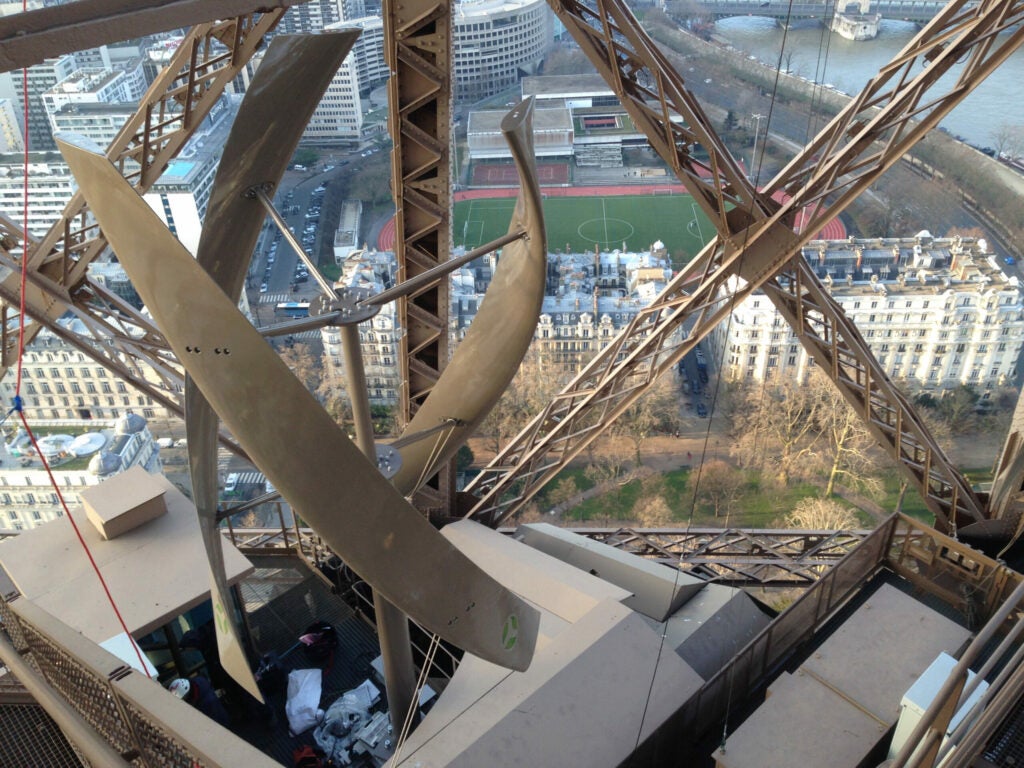 The wind turbines will generate enough energy to power the first floor of the landmark. 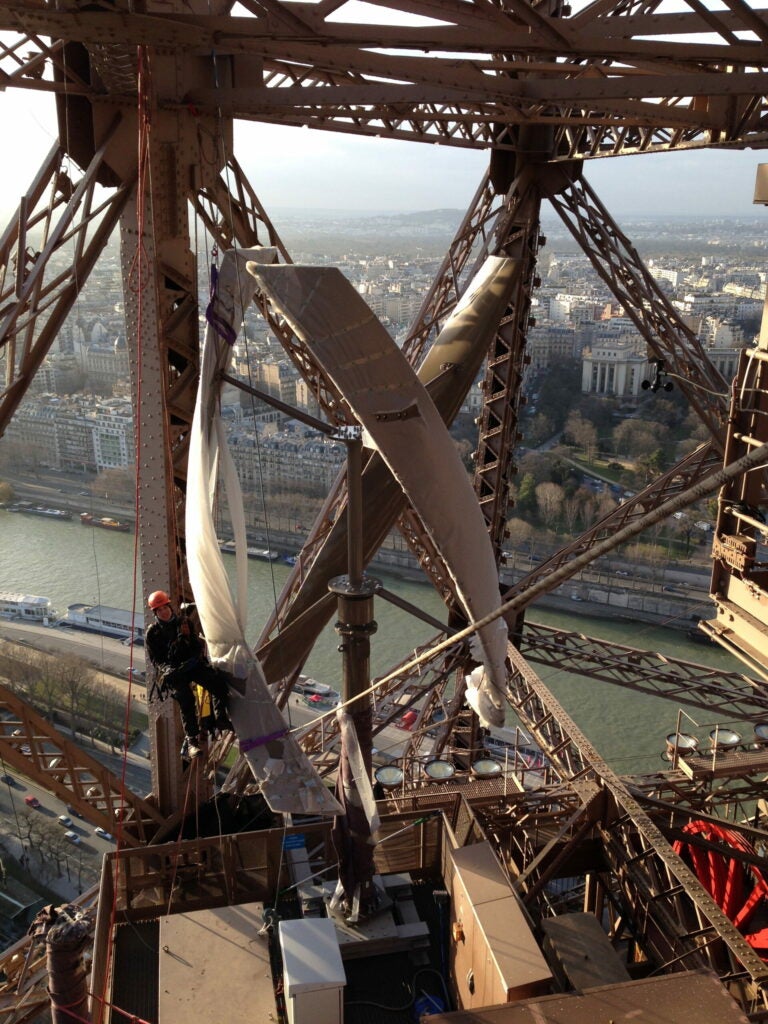 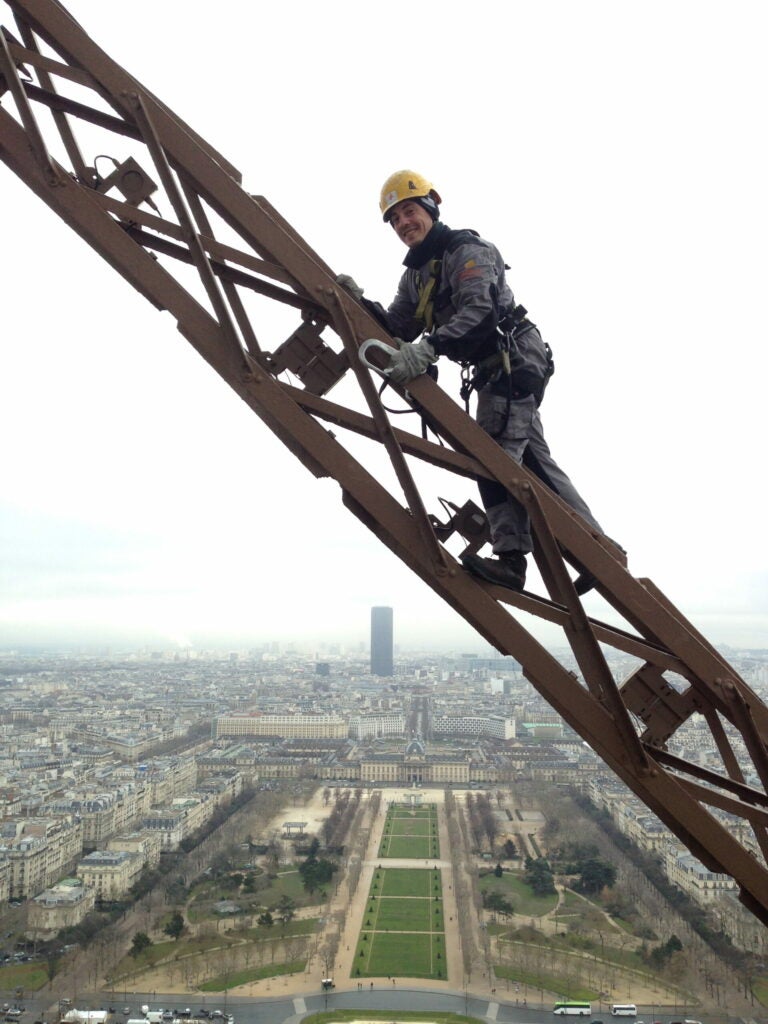 A worker on the Eiffel tower during installation. 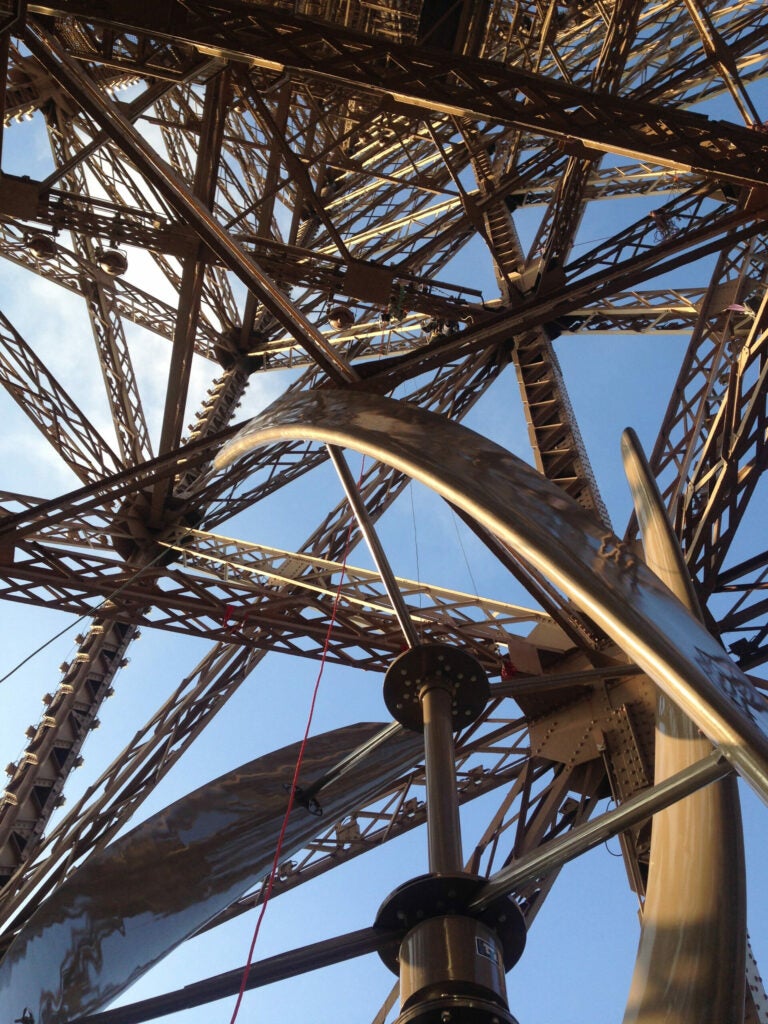 The turbines are designed to blend into the latticework of the Eiffel Tower. 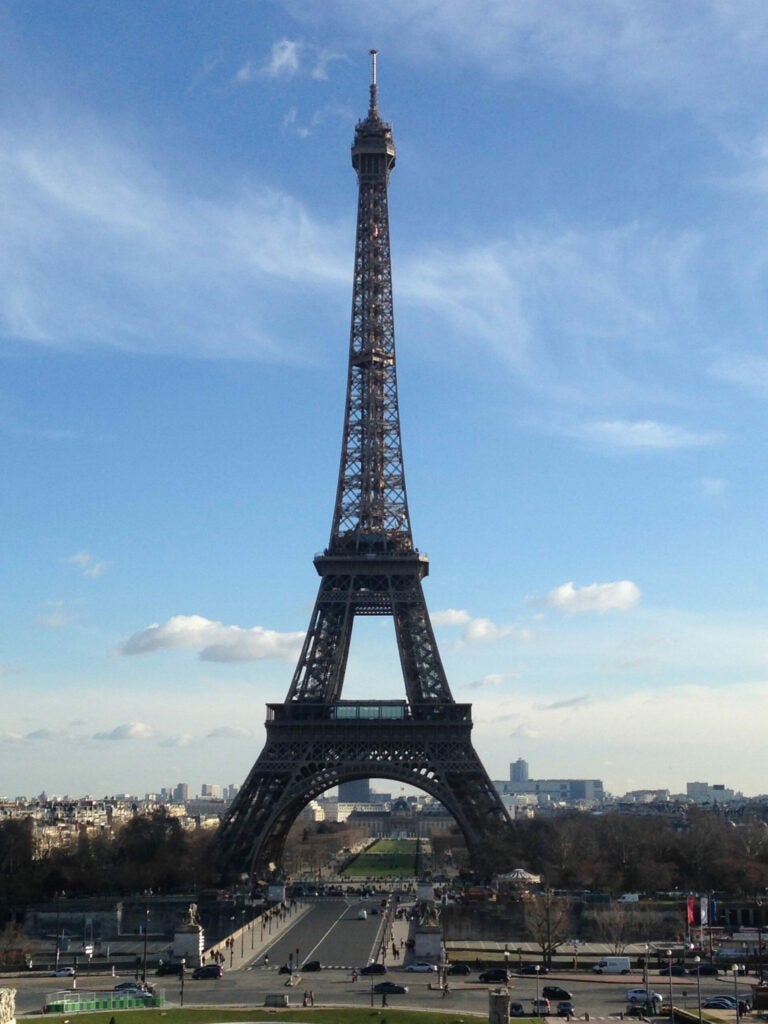