A new hybrid power plant to be built in Turkey will combine a traditional gas-fired steam turbine with solar thermal... 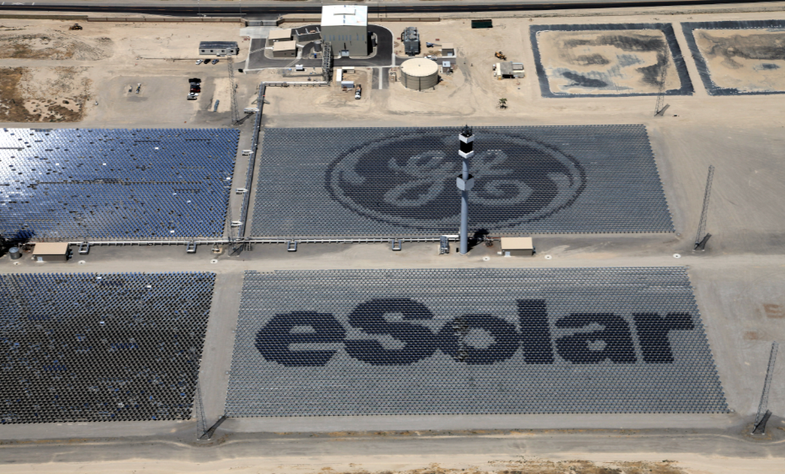 A new hybrid power plant to be built in Turkey will combine a traditional gas-fired steam turbine with solar thermal power and wind power, according to GE. It’s a step toward integrating renewable sources into the traditional power grid, using steam and mirrors.

The solar component is a field of sun-tracking mirrors that will focus sunlight on a tower to produce steam, which will be fed into the steam turbine to increase the plant’s output. A small wind farm connected to the plant will provide another 22 megawatts of power.

The plant will produce 522 megawatts in total, with 450 of that coming from the natural gas plant, so its renewable portfolio is not exactly robust. But the real gain may be in the ease with which wind and solar are being added to the power grid. Instead of localized solar arrays, or distant behemoth wind farms, the renewable sources are being added to a traditional-style power plant. The varying systems can share a control center as well as connections to the grid, which can make them cheaper and easier to integrate. GE says it can cut the cost of a solar thermal system in half, according to Technology Review.

The natural gas component also smooths out the variability problems inherent in wind energy. When it’s not blowing, natural gas will generate steam to spin the turbines.

The solar thermal technology comes from a small company called eSolar, which uses thousands of small, pre-fabricated mirrors called heliostats to reflect sunlight toward a receiver, which uses the heat to generate steam. Algorithms automatically track and focus the sun’s rays, according to a news release from GE.

The gas turbine is a new design — GE unveiled it last month — and the company says the plant will be 69 percent efficient, more than double the efficiency rate of other natural gas power plants. The technology is designed for countries that use 50 hertz electricity, Technology Review points out — the US uses 60 hertz, so it’s not clear whether this could work on our soil.

GE is set to break ground later this year and the plant should be operational by 2015, the company says.