Where To Place Wind Turbines Without Killing Eagles

Yes, the eagle and the turbine can be friends 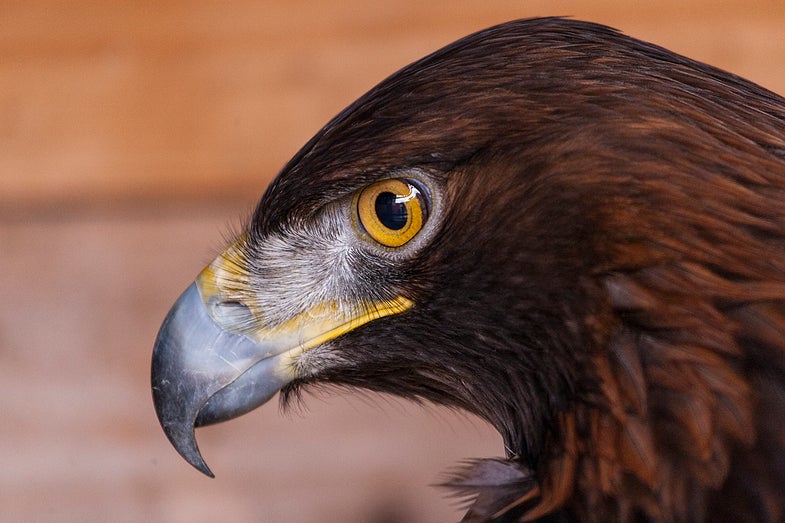 Renewable energy generated by solar panels and wind turbines is great for humans, but not so awesome for flying creatures. There have been reports of solar farms vaporizing birds and wind turbines smashing bats who confuse the turbines for trees. States are now required to start incorporating more clean energy (and low carbon) solutions into their power supply, but no one wants cleaner air to come at the expense of wildlife populations. So what’s to be done?

One group of scientists may have found a solution, at least for the population of golden eagles in Wyoming. In a study published in PLOS One, researchers announced that they had figured out a way to chart locations where there was both plenty of wind, and fewer golden eagles, which are federally protected birds.

Instead of looking at how many birds passed over a site where a company wants to erect a wind turbine (the typical way things are done), the researchers relied on data showing the nesting locations of golden eagles in the state. They then factored in other information, including prey availability, landscape elevation (golden eagles prefer to nest in cliffs) and land use, along with the potential for various areas to be good sources of wind power. When they put everything together, they were able to model spaces in the state that would be great for wind energy, and less likely to bother golden eagles.

“Golden eagles aren’t the only species affected by these energy projects, but they grab people’s imaginations,” Brad Fedy, co-author of the study said in a press release. “We hope that our research better informs collaboration between the renewable energy industry and land management agencies.”

Other groups are also working on the problem. GPS-laden falcons are training turbine computer systems to recognize when birds are nearby, innovators are developing bird-friendly turbines, and some people are even considering wildlife refuges for the sky. Hopefully in time, both humans and birds can share the air in peace.