Wind Turbines Learn From Warplanes To Not Block Radar

Stealth technology is a strange and wonderful tool. 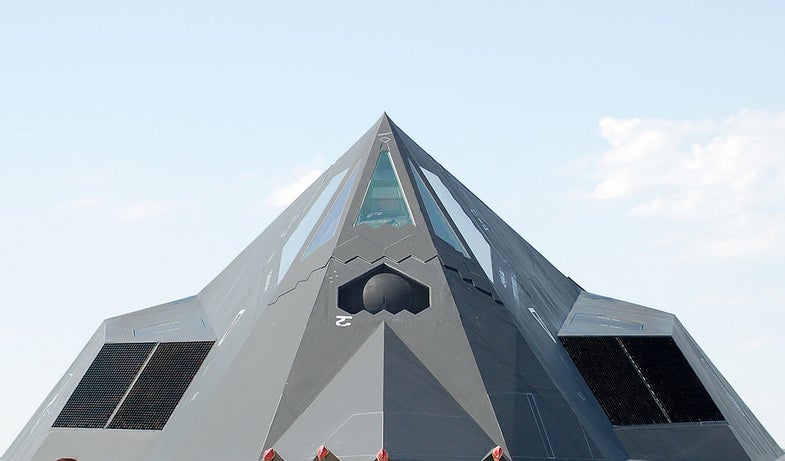 This close up of the stealth fighter's nose shows it made of weird angles. Jim W Murphy, via Wikimedia Commons
SHARE 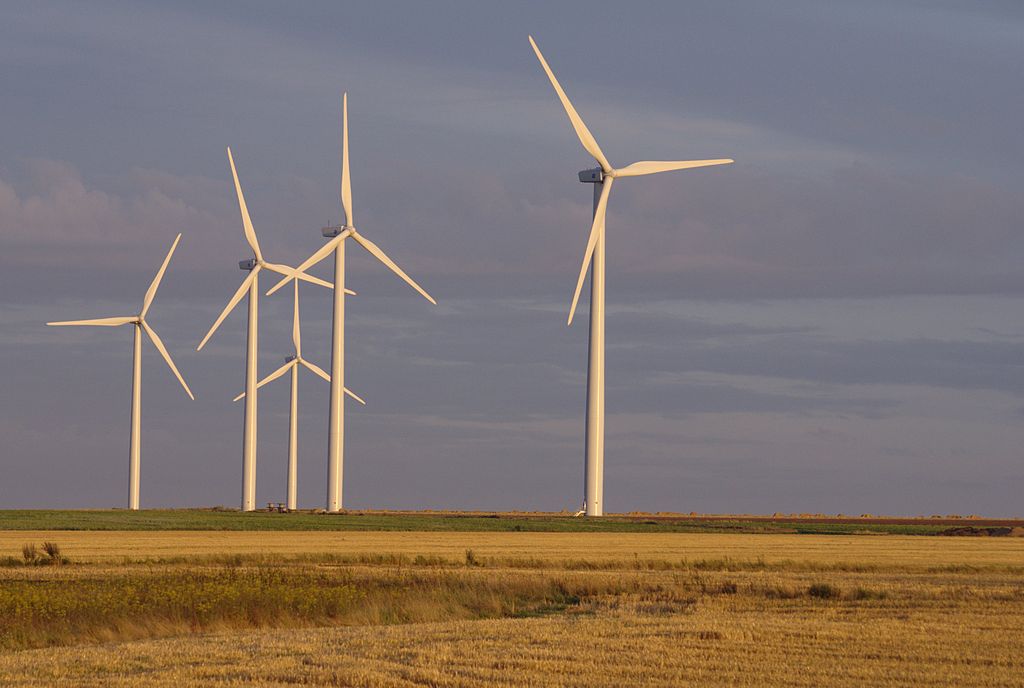 Wind turbines stand on horizons like strange colossuses. Their distinctive shape and great size make them hard to miss — even by radar systems. The giants can obstruct signals, giving countries the uncomfortable choice of either not having radar somewhere or passing up on renewable energy. To bypass this issue, French turbine makers EDF Energies Nouvelles have developed new wind turbines that utilize stealth technology, to catch only wind, not radar signals.

Stealth technology is predominantly the science of making an airplane look like a pigeon on radar. To do this, stealth airplanes rely on both materials science and unique angles. Planes like the B-2 bomber are covered in a special coating that turns radio signals into heat instead of reflecting them, making radar signal reflections much smaller than their original signals. Another stealth technique involves lowering a plane’s radar cross-section by bouncing signals away from the receiver. The F-117 Nighthawk stealth fighter accomplished this through a weirdly angular body, with lots of different and sharply contrasting flat surfaces. More recent stealth planes, like the F-22 Raptor and the F-35 Lightning II, do it with split tails and gently sloping surfaces.

According to wind turbine blade maker Vestas, which has partnered with Energies Nouvelles, the turbines will use surface coatings instead of weird angles to mask their presence from radar.

Energies Nouvelles already tested two stealth turbines in France’s windy Auvergne region. If the technology proves viable, and if military types concerned about turbines blocking their radio-vision can be overcome, the technology could be exported as early as 2016. Such an achievement would be a rare feat: an immobile object immediately visible to the naked eye that radar cannot see. 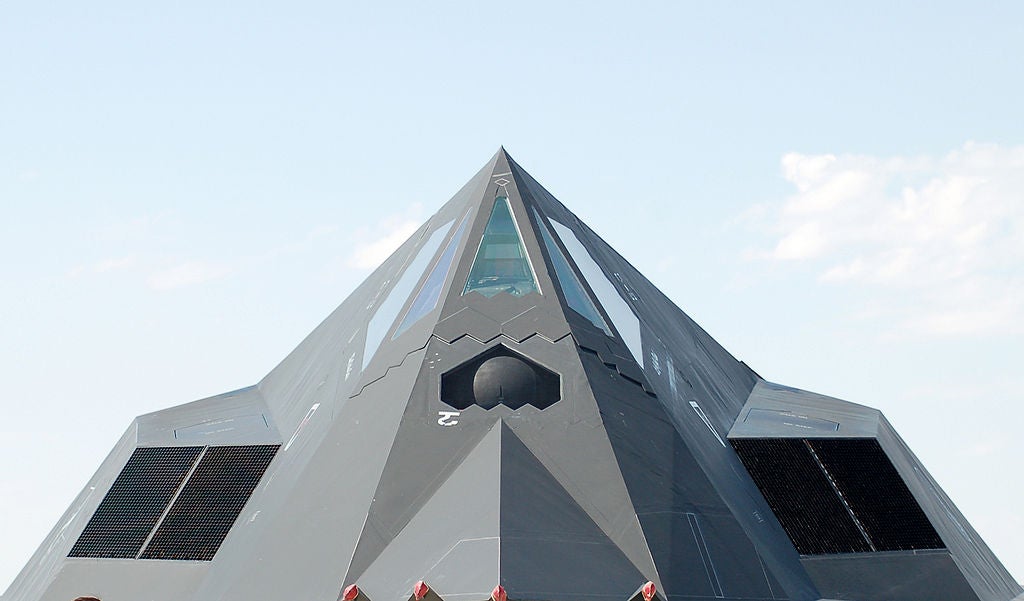 This close up of the stealth fighter’s nose shows it made of weird angles.
Kelsey D. Atherton