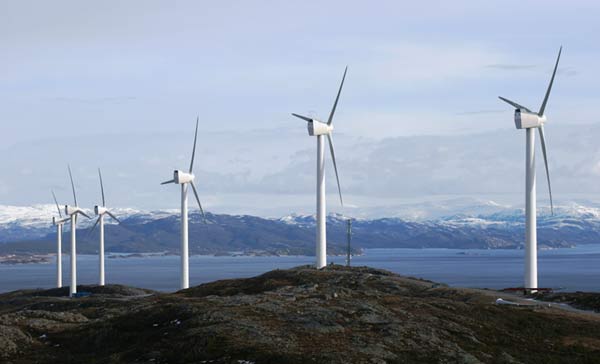 Conventional wind turbines have an Achilles heel in the form of their clunky and expensive gearboxes. But that could change with GE’s recent purchase of a company that has developed gearless turbine technology based on magnets.

Gearboxes act as the middleman to convert the slow rotations of wind turbine blades into the faster rotations needed for generators to create electricity. The downside of such gears comes from their high-maintenance requirements due to constant stress from wind turbulence.

By contrast, the turbine design of Norway’s ScanWind connects the rotor shaft directly to the generator. The slower rotational speed gets offset by the presence of magnets that spin around at a larger diameter — and hence higher speed — to produce more current in the generator coil.

Such direct-drive generators currently cost more than gearbox turbines at installation, and represent a 15 to 20 percent heavier load. But the future payoff may come from eliminating the repair costs and downtime associated with gearboxes — a very important consideration for offshore turbines beyond easy reach.

GE’s acquisition of ScanWind last week signals another step to move gearless turbines beyond the prototype stage. The wind power giant already sells 50 percent of new turbines in the United States, and has also installed more than 12,000 turbines worldwide as the second-largest maker of wind turbines.

Offshore wind farms in Europe represent the likeliest target for GE’s latest tech investment, and especially given Europe’s need for more wind power to reach its renewable-energy goals. GE plans to roll out a market-ready product by 2012.

Excitement aside, energy giants need not hog all the action. Handy homemakers can build their own wind turbines as well.