What one ecologist’s high-flying studies reveal about our forests

With powerful lasers, scientists can check forest health from 7,000 feet above the ground. 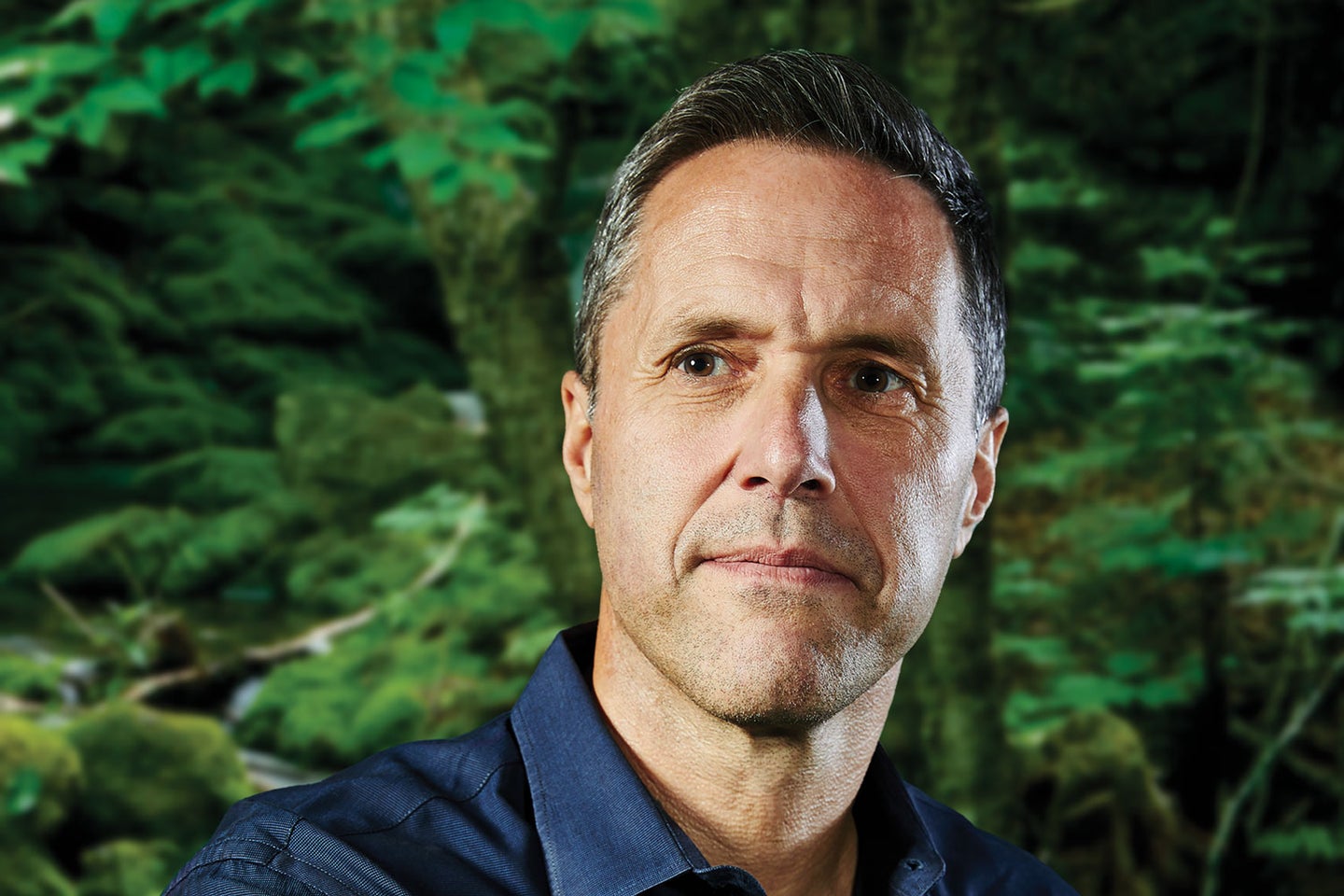 On the Big Island of Hawaii, a fungus called ceratocystis is murdering ‘Ōhi‘a trees—at least 1 million in the past eight years. Local forest experts had no idea how to contain the quick-killing pathogen, until an aerial survey from ecologist Greg Asner revealed a pattern they could distinctly see only from above. At the edge of Hawaii ­Volcanoes National Park, fences drew a sharp line between dead trees and healthy ones. The barriers kept out feral pigs, which, they realized, would gash the trunks with their tusks, enabling the infection. If the scientists could bar the ungulates, the ‘Ōhi‘as might survive.

This type of insight from Asner, 51, has helped arboreal managers plot and maintain the health of forests for nearly a decade. “Doing good conservation requires knowing what you’ve got, where it is, and how it’s doing,” Asner says. His lab, aboard a twin-prop Dornier 228, produces maps that reveal the structure of the canopy, indicate how much carbon trees trap, and even estimate hydration to see how forests cope with drought. From his seat near the navigation console, 7,000 feet up, Asner directs the crew to capture swaths of land too large to take in from the ground and with greater detail than far-away satellites.

This career in the sky began at sea. A six-year tour as a deep-sea diver in the Navy in the late ’80s and early ’90s started his journey into ecology. “I saw a lot of cool environments that I didn’t know existed,” Asner recalls. His work above the surface began as a field tech with the Nature Conservancy in Hawaii, and eventually netted him a Ph.D. in biology in 1997, a seat on the faculty at the Carnegie Institution for Science, and one fancy airplane. Today, he’s airborne as the director of the Arizona State University Center for Global Discovery and Conservation Science.

His customized plane hauls more than 5,000 pounds of equipment, including cameras and racks of computers, but Asner’s unique analyses rely most on two key sensor systems. The first is a pair of powerful 18-watt lasers that reflect off the trees to create a 3D view. The second is a set of high-fidelity spectrometers, which measure the light—from ultraviolet to ­infrared—​that the trees reflect. Chemicals in the leaves, such as chlorophyll and carbohydrates, create a spectral signature that indicates, among other metrics, the trees’ hydration, health, and species. Artificial intelligence helps Asner’s team interpret the data.

Over the past decade, his colorful surveys have illuminated forests in a dozen locations, including orangutan habitats in Borneo and lion hunting grounds in South Africa. Soaring over Peru in 2013 produced a map that encodes the country’s carbon stocks—the amount of the element its trees store. The research helped managers plan protected areas, which ensures a sufficient carbon sink and preserves a variety of species as a safeguard against a shifting climate. “A biodiverse ecosystem is much more resilient to change than one that’s made up of one species,” he says.

Closer to home, in the drought- and fire-prone American West, Asner’s most focused on hydration. Flights over California since 2015 tallied 120 million severely dry trees, of which at least 100 million are dead. In places like Sequoia and Kings Canyon national parks, preserves rich with sequoias, ponderosa pines, and white firs, foresters could use his data to plan burns to thin out trees and relieve stress on the remaining ones. As a rapidly changing climate brings more-frequent droughts and other extreme weather, land managers increasingly will rely on Asner’s input to make these kinds of hard choices. “Some of that,” he says, “is what lives and what dies.”