Why Some Male Turkeys Are So Damned Sexy

It's not what you have, it's how you use it. 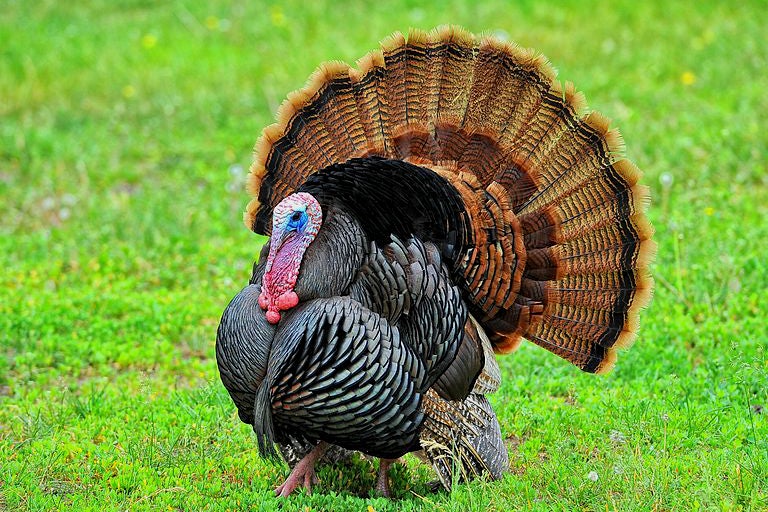 For male wild turkeys, reproduction is an all-family effort. Less attractive males often don’t get to mate, but they’re still driven to ensure their genetic material is passed on. So they help their brightly colored, dominant brothers seduce hens in a process called, rather coyly, “cooperative courtship.”

The dominant males are more ornate, with more of the masculine traits that make the lady turkeys swoon: brightly colored heads and longer snoods (the reddish flesh that hangs over a turkey’s beak). But if the subordinate turkey brothers are genetically pretty similar, what makes one more attractive than the other? According to a study in this week’s PLOS Genetics, it’s not the genes that matter, it’s how they’re expressed.

Male turkey brothers duke it out for dominance during the winter before they reach sexual maturity. Whoever wins becomes the dominant, mating male, while his brothers play wingmen, helping him find willing mates.

University College London’s Judith Mank and her colleagues found dominant and subordinate males had profound differences in the way their genes were expressed. Compared to their subordinate counterparts, the attractive, dominant males showed higher expression of masculine genes predominantly found in males, and lower expression for genes mostly found in females. So genetically, they have more masculine traits and fewer female traits. Apparently female turkeys like a manly man.

Though researchers still don’t know exactly how some turkeys become dominant and some submissive, they think it could be tied to male hormones affecting gene expression, according to the study’s press release.

Next, Mank will explore whether the same pattern of gene expression holds true for female turkeys.

The study appears in the August 15 issue of PLOS Genetics.